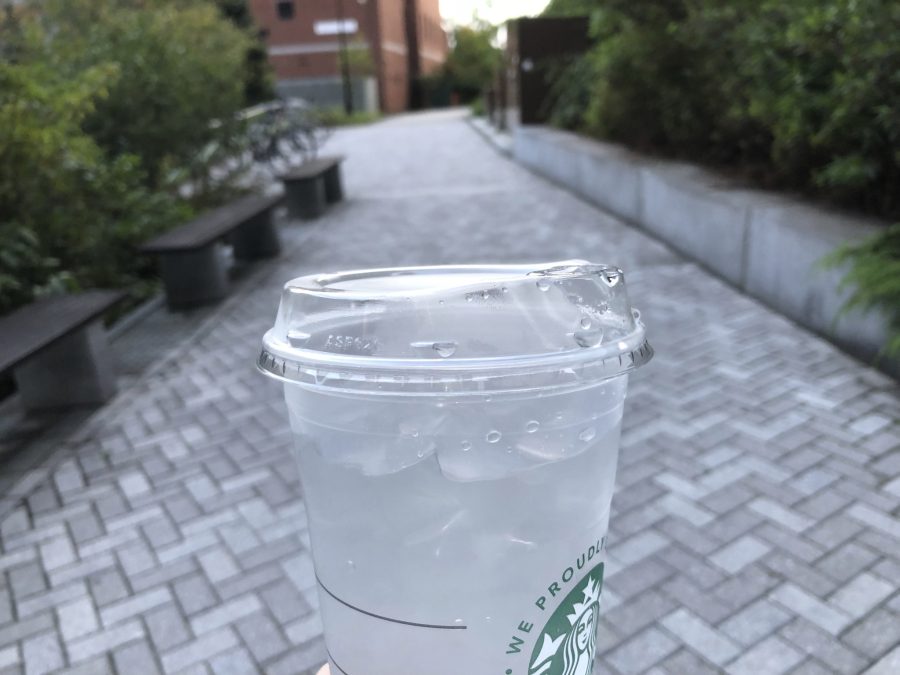 The University of New Hampshire (UNH) has now joined a national effort in the fight to do away with drinking straws.
The controversy surrounding straws arose early last summer and received national media attention when Starbucks ditched their straws and opted toward a lid resembling a children’s sippy cup, resulting in other major companies following Starbuck’s lead, including Ikea and Walt Disney World.
Following suit now is UNH, which switched to the “Starbucks lids” on Wednesday, Sept. 19.
Executive Director of Hospitality Services Bill McNamara, said the “motivation for the change was to proactively improve service and the environment in an affordable way.”
Though the exact weight has not been calculated, by switching to only lids, the university can reduce their waste by “approximately 150,000 lids and straws each year,” McNamara said, that is if students are reusing the lid that’s given to them – which is the goal.
Switching to a lid-only system could cost Hospitality Services the same as if they were buying straws, but “the real savings is in our sustainable efforts including the reduction of waste brought to the landfills and potentially, the oceans,” McNamara said.
Sustainability has become an extremely important ideal amongst the Durham community; in 2017, UNH was one of three colleges in the world to earn the highest possible rating (STARS Platinum) for its efforts. According to the UNH website, some of their achievements include: being 100 percent powered by renewable energy, composting 25,000 pounds of dining hall food a month, and having 85 percent of the campus energy come from recycled landfill gas.
McNamara said UNH is one of the first universities to make the change.
“I’m told by our paper company that we are the only organization presently using this lid,” he said, adding that Hospitality Service actively tries to “find affordable solutions to real world challenges.”
The problem with the straws is that plastic doesn’t break down fully (or quickly) when it gets sent into the environment. Larger plastics can, but that’s when they turn into pollutants. The easiest way to combat a problem that everyone contributes to is to eliminate what’s causing it, a goal UNH hopes to achieve.
Erin Casey, a junior health management and policy major who works at Zeke’s Café in the Dimond Library, has experienced the change first-hand.
“I think the change is great because it’s good for the environment and will save a lot of animals’ lives who come in contact with pollution,” Casey said.
Since the change is so recent, Casey said that people ask for straws “all the time,” which are still available on demand, but are preferred not to be given out. Despite that, “people have been receptive to the idea and think it’s a great change,” she said.
Casey said she has tried the lids and feels they “are great and function the same as the old ones… it’s basically the same as drinking out of a hot cup.” When handed out, people aren’t really thinking twice about there not being a straw and are receptive to it.