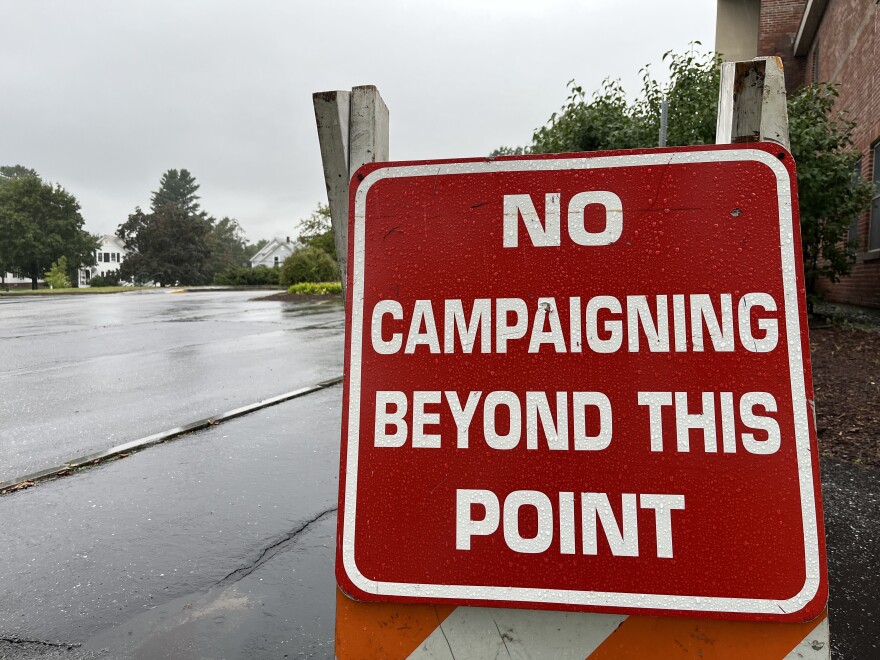 Vote counting in New Hampshire’s primary elections Tuesday stretched well into the next day. But by the time the results in the major Republican primary races were declared official, one thing was clear: the candidates stressing the most hidebound brand of Trumpism won the GOP nominations for the three federal races on the ballot.

That includes the race for U.S. Senate, where retired Army Gen. Don Bolduc bucked efforts by the state and national Republican establishment to deny him a victory; the 1st Congressional District, where former Trump Administration staffer Karoline Leavitt promised to carry on the former president’s agenda; and the 2nd Congressional District, where longtime GOP activist Bob Burns declared himself the most “pro-Trump” candidate in the field.

Here are a few takeaways from Tuesday’s votes, and what they might mean for the November election.

While the top of the ballot Republican winners all embrace the core strands of Trumpism, there are differences

Bolduc, Leavitt and Burns have all echoed Trump’s false claims of rampant fraud in the 2020 election. All have promised to push for a so-called “America First” agenda if elected to D.C. But there are differences in emphasis and style among the three of them.

Leavitt, a former communications staffer in the Trump press office, offers perhaps the purest version of the Trump playbook: a whole-hearted embrace of debunked conspiracies about election meddling, a promise to “drain the swamp,” and warnings of threats of lost liberties.

Burns, who has been an activist in state Republican politics for more than a decade, voices his pro-Trump enthusiasm in the largely traditional language of grassroots conservatism.

And Bolduc, who served multiple tours of duty overseas, often uses his military background as a metaphor for his politics. He also rode to the Senate nomination via a hand-to-hand campaign style that in some ways is a throwback to an earlier era of politics.

Voters will now face stark choices on the November ballot

In each of the three federal races, the general election match ups include a veteran incumbent Democrat with a record of winning hard-fought campaigns (Sen. Maggie Hassan, Rep. Chris Pappas and Rep. Annie Kuster) against a Republican with no experience in a state-level general elections (Bolduc, Leavitt and Burns).

But aside from experience, voters will see stark policy differences in each race. On reproductive rights, for instance, each of the three Republican nominees staunchly opposes abortion and cheered the recent U.S. Supreme Court decision overturning Roe v. Wade. Their Democratic opponents have each already made clear they intend to put the fight to protect reproductive rights at the center of their message to voters.

The Republicans have also each called for sweeping changes to government, including the wholesale elimination of some federal agencies.

If you felt overwhelmed by TV ads in the primary election, get ready: the run up to November is likely to be even more intense.

Viewed through one lens, each of these races looks like an opportunity for a GOP pickup, given consistent concerns about core issues like rising inflation and soft poll numbers for Hassan, Kuster and Pappas.

But one could just as easily argue the flipside: that Democrats are in a strong position to retain these three seats. Their Republican opponents are all untested in big races and have not had to modulate the MAGA-focused messages for a general election audience. Whether they’re able to do so – and whether voters are persuaded by that – will play a big role in shaping November’s outcomes.

These articles are being shared by partners in The Granite State News Collaborative. For more information visit collaborativenh.org.