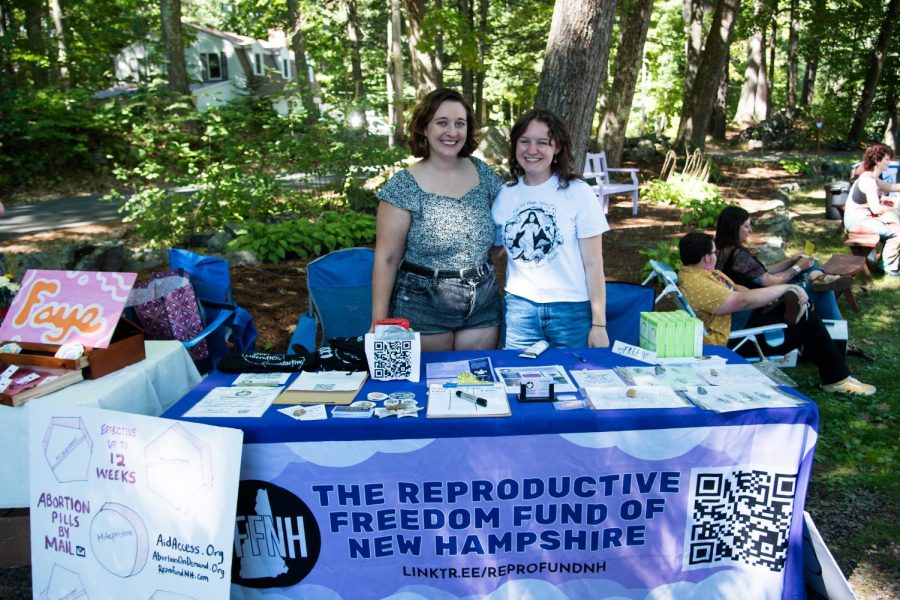 Durham, NH- Following the overturning of Roe v. Wade and a summer of planning, the Topanga Canyon Vintage Collaborative (TCVC) gathered members of the University of New Hampshire (UNH) community for a reproductive rights rally at an off-campus private residence on Saturday, Spet. 3. The event, called Vagipalooza, featured a maker’s market, speeches from local activists, and live music.

Though abortion is still legal in New Hampshire under select circumstances, rallies for broader access to abortions were held statewide all summer. In Durham, students and community members alike have focused on supporting reproductive rights as an extension of women’s autonomy.

“The idea that I might not be able to control my own destiny is quite frankly a frightening idea,” said Molly Flagg, owner of Good Planet Apparel and vendor at the event. “Reproductive rights is a pretty hot topic right now, and I think being at an event where people are rallying and supporting each other and women’s autonomy is super important.”

The fair weather allowed for a backyard maker’s market which drew a small crowd of supporters looking to build a pro-abortion rights community, or simply to support the local artisans, most of whom were donating funds to support reproductive rights groups.

“It just makes a fun day; there’s music and people sharing their experiences,” said Rebecca Holland, another vendor. “It shows people who are scared that there’s support.”

The gathering grew into a larger crowd of outspoken activists later in the afternoon as the guest speakers took turns sharing personal stories, poetry, and messages of hope for the community.

Speaker Helen Sheldon emphasized the need to speak up on behalf of reproductive rights: “We shouldn’t feel and fret that the overturning of Roe versus Wade is the end, but we need to amplify our voices.”

In times where access to abortion feel uncertain for many, TCVC members expressed how talking more openly about abortion could erase the negativity surrounding it.

The group spread across the lawn in the evening as musical artists Addison Chase, Kate Possi, Nap Time, Funny You Should Ask and ICK took to the stage. According to members of the TCVC, the day was a success.

“We aren’t counselors, but we have pools of resources,” explained Scogland. “We’re here to help people help themselves.” 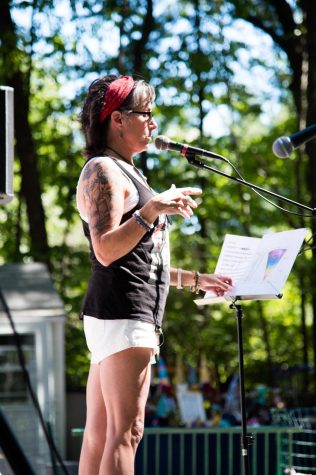 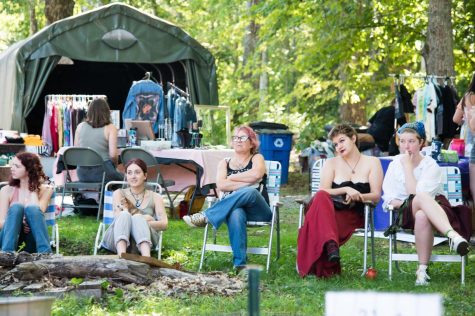