UNH Volleyball: Wildcats remain perfect at home while struggles continue on the road 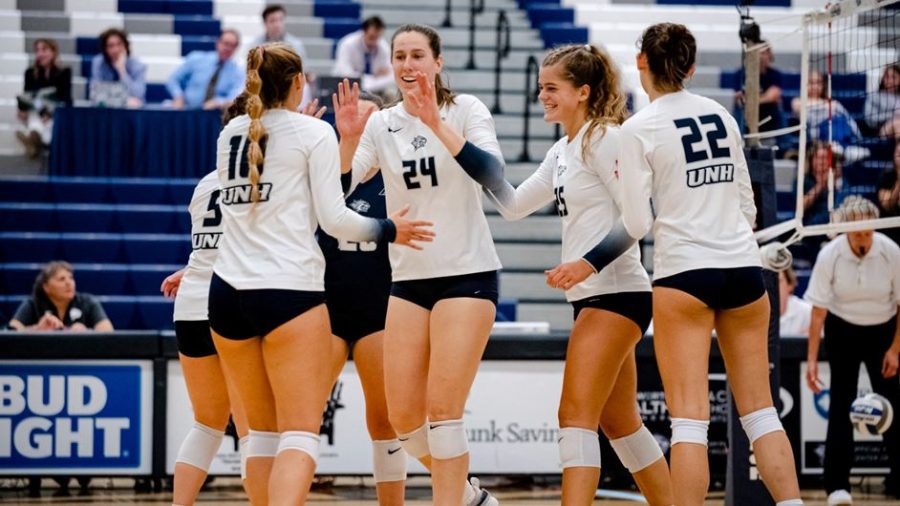 Following an impressive 3-0 start to the year, the University of New Hampshire (UNH) Wildcats (5-3) lost all three games on their slate this weekend in Pennsylvania, dropping their record to 4-3.

In the Friday opener of the Villanova classic, the Wildcats lost in straight sets to Fairfield University (2-2). The Wildcats were able to play them to a very close finish in the second set but ultimately fell by set scores of 25-14, 25-23, and 25-18 respectively. Junior outside hitter Hannah Serbousek led the team in kills with 10 and senior setter Wren Macaulay led the team in both assists (18) and digs (10).

Unfortunately, the doubleheader on Saturday provided similar results for the Wildcats. They started the day falling in consecutive sets once again to Lafayette (3-0). That score, however, is not entirely indicative of the Wildcat’s performance as they were able to play a very talented Lafayette team closely on each set. The first set was 26-24 followed by 25-21 and 25-19.

The Wildcats ended the weekend trading sets with Villanova with what was the most closely contested match of the season. After falling two sets to one by scores of 17-25, 25-14, 22-25, the Wildcats rallied to a clutch win in the fourth set 25-22. With the match on the line, Villanova squeaked out a tightly contested victory in the final set 25-22.

UNH first-year right-side hitter Meredith Hohnbaum had a team-high 11 kills, marking a career-high for herself. Along with that, per usual Junior middle blocker, Kelly Kaufman played extremely well, racking up nine kills and seven blocks in the loss.

First-year outside hitter Millie Grove led the team with 10 kills, and Lepore lead the team in digs, with 22. The win breaks the 3-game skid UNH was on and improves their home record to 5-0.