The New Hampshire • May 14, 2022 • https://tnhdigital.com/21378/arts/author-and-theater-director-howard-sherman-to-hold-our-town-forum-next-weekend/ 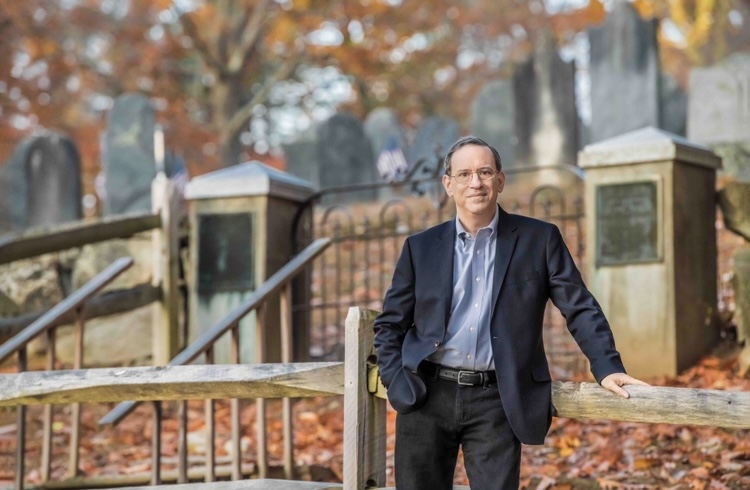 The Seacoast Repertory Theatre in Portsmouth N.H. is welcoming renowned theatre manager, administrator and writer, Howard Sherman, to host a discussion on May 21 following the 2 p.m. performance of Thornton Wilder’s “Our Town.”

Sherman will be discussing his book, “Another Day’s Begun: Thornton Wilder’s Our Town in the 21st Century”, which seeks to answer the question of why “Our Town” has continued to be one of the most produced plays since its premier in 1938.

Sherman has had an extensive career focused on inclusion, creative freedom and advocacy around censorship in the arts. He is the interim managing director of the Baruch Performing Arts Center and also runs the Arts Integrity Initiative, both in New York City.

“I’m pretty sure I didn’t see the play until I was about 26 years old, and I was not blown away by it,” said Sherman of “Our Town.”

The play is somewhat simple in its nature, as it has no real conflict and typically displays a minimal set with only a few tables and chairs accompanying the actors. The story is set in the fictional town of Grover’s Corners, New Hampshire, based on the real-life New Hampshire town of Peterborough.

It centers around the life of the main character, Emily Webb, and consists of three acts that depict three important stages of her life. The first act brings us into her childhood and the simplicities and innocence of her everyday life. The second act revolves around her teenage years, when she begins to fall in love with George Gibbs and eventually celebrates their marriage. The third act reveals that Emily died during childbirth, but has been given the opportunity to relive a day in her life. However,  she finds that she, and the people around her, were not present in the small moments – the opposite of what she wishes they had been. She cries out, “Do any human beings ever realize life while they live it? – Every, every minute?”

“It was the second time that it sort of wrecked me emotionally,” said Sherman. “I think it had a lot to do with the fact that I’d lost a close friend a couple of months earlier, and the play prompted me to think a lot about that.”

Sherman’s third time watching “Our Town” was a production done by incarcerated men at Sing Sing Correctional Facility in New York. “That was an extraordinary experience in countless ways. and also profoundly emotional,” he said.

“Those were probably the two that really planted the seed of my admiration for “Our Town.”

So, when Sherman was approached by an editor and asked if he had any ideas for a book, he decided to pursue this play. He assumed this piece had already been written, but was surprised to learn that no one had explored it yet.

“There were lots of books about Thornton Wilder and his work, but nothing specifically about ‘Our Town,’” Sherman explained. “When I confirmed that that was the case, I felt I was probably onto something.”

From there, Sherman’s next endeavor was finding a way to focus the book. He landed on the idea of restricting it to the 21st century and asking the question of why the play continues to be produced on the scale that it has for 84 years.

“Everything I do is simply because I love theatre and I love to help people find their way to theatre,” Sherman said.

Writing, he explained, was a later turn in his life.

“The book was a progression of that because I’d been writing articles and essays and blog posts, but to do something more sustained was a bigger challenge.” 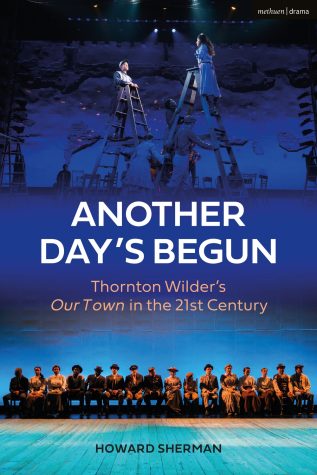 “In writing the book, I hoped that I could speak to people who knew and loved the play of course, but also perhaps to people who thought they knew exactly what the play was and weren’t actually embracing it in its totality and in its variety,” said Sherman.

The book recounts the experiences, opinions and beliefs of 115 people who have taken part in, directed and been involved with the play in some capacity. These people come from both amateur and professional productions of the show, and across a wide spread of geographical locations.

However, productions of the show are not the only way its story is enjoyed.

In an excerpt from the book, Sherman talks about a unique group in Louisville, called the Church of Grover’s Corners, which is not a religious organization, but rather a book club of sorts – completely devoted to the reading of this play. The group extends its welcome to both familiar faces and strangers, gathering roughly once every other month at the homes of different people, to have a potluck dinner and read the play aloud. Every time, each character in the play will be voiced by a new member. When Sherman visited, he read aloud the part of the Stage Manager, an omniscient character who both narrates the story to the audience and interacts with the characters in their world.

“It’s a play that doesn’t have a lot of guardrails about exactly who people should be, what they should look like, and what they should sound like, and that expansiveness to me is all part of again why I think it’s’ still alive now 84 years on.”

Sherman believes the discussion on May 21 will be a time to reflect on all of these aspects of the show. It not only will be an opportunity for the audience to react to the performance they have seen and point out things they noticed, but also for Sherman to shed light on aspects that perhaps the audience overlooked.

“I think “Our Town” gets at something very deep,” said Sherman. “It gets at something really deep about what it is to be human and ways to think about living our life and the fact is, that it still works.” Sherman continued, “In its simplicity, it tries to bring an audience to a very particular place, and it seems that no matter who does it and how they do it, they all manage to get to the same place.”

Tickets to attend the performance of “Our Town” on May 21 can be found at https://seacoastrep.org/.  The discussion with Sherman will take place right after and is free and open to the public.