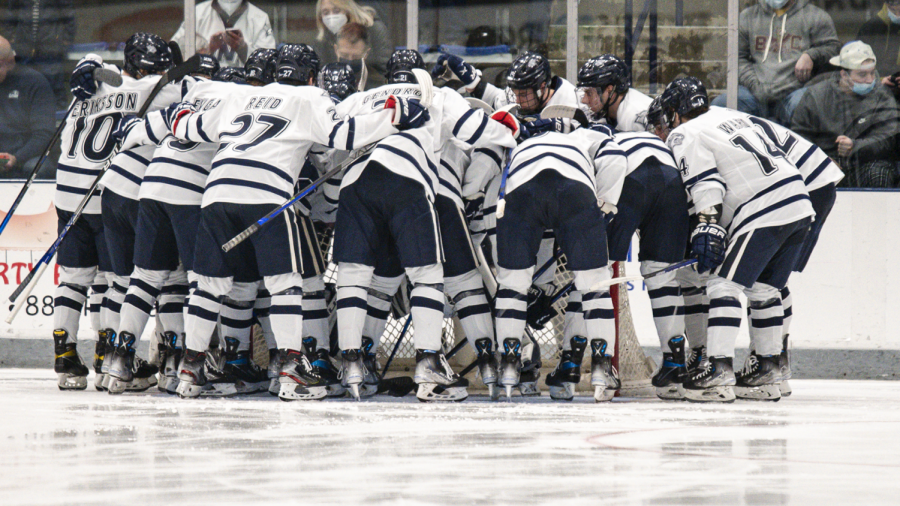 Two years ago, the University of New Hampshire (UNH) Wildcats (14-18-1, 8-15-1) season would’ve been over; however, a revitalized 11-team Hockey East playoff format has given them a second chance. This is huge for the Wildcats as it’s been a very streaky season, but in a parity driven league like the Hockey East, anything can happen in a one-game playoff.

All year we’ve seen that UNH can play with some of the top dogs in the country and in Hockey East, in fact the Wildcats are 6-5-0 this year when competing against nationally ranked opponents. They’ve consistently played up to their opponents with stronger records which is why I’m expecting the Wildcats to make an underdog run in the playoffs this year.

Led by a strong leadership core composed of a large group of seniors and headlined by captain Will MacKinnon, this team has the heart to break through with two big wins on the road to force their hand into the semifinals at the TD Garden.

After Friday’s loss against UMass Lowell, MacKinnon said that he “feels confident knowing the team has already won at Boston College this year.” MacKinnon also added, “we’re not going to underestimate them, they’re a really good team and they’ve got a lot of history… we know it’s going to take a lot going in there [Boston College].”

During a press conference on Monday, head coach Mike Souza also commented on MacKinnon’s leadership ability to get this team ready for Wednesday’s game.

“After the game Saturday I didn’t say one thing to the team, [MacKinnon] took the room over and said it’s a new season,” said Souza.

Senior forward Jackson Pierson also commented on the vibe of the team leading up to Wednesday’s game.

Despite being a strong matchup for UNH, Boston College was swept by the Wildcats this year and have a 3-5-1 record over their last nine matchups. Souza commented on the matchup against BC on Monday, explaining that “they’re a team that I don’t think their record in any way is indicative of the type of team they are.”

The same can be said for the Wildcats, who have shown grit all year despite finishing the season 14-18-1. The holes in the offense have been apparent at many points during this season, however, the goal scoring has been better of late. The Wildcats have scored three goals or more in four of their last six games; a feat that they were only able to accomplish four times total in the first half of the season. Boston College also currently ranks 40th out of 59 teams in goals allowed per game, which could point toward another positive offensive performance for the Wildcats.

One of the areas the Wildcats need to get hot in if they want to go on this underdog run is the power play, which will be seeing changes to it on Wednesday according to Souza.

“We’re going to work on it differently than we have in the past, just the way we approach doing it to see if that helps.” Souza also mentioned, “we’ve moved the units around a little bit to be honest, so hopefully that gives us a spark.”

Another positive for the Wildcats is that the team is extremely healthy for this time of year, according to Souza. Junior Harrison Blaisdell is currently dealing with a minor injury and his status for Wednesday’s game is day-to-day. Beyond Blaisdell, everyone else in the starting lineup is healthy and ready to go for the contest.

Between a strong defensive and goaltending core, and an offense who seems to be figuring things out more and more each week, the Wildcats are truly a team that could mix things up in the playoffs. Especially against a team who may look down on them for being the ninth seed in Hockey East. While the Wildcats have struggled on the road this year, I’ll reiterate what MacKinnon said, “it’s a new season” and anything is possible.”