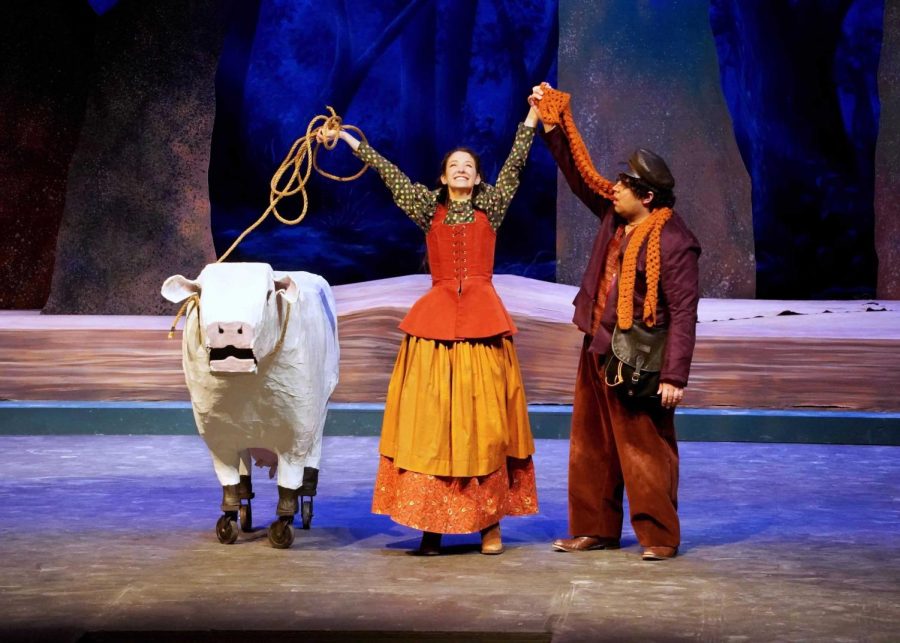 The University of New Hampshire (UNH) Theatre department performed their final show of “Into the Woods” last Sunday. The musical, which ran Feb. 23- 27, was a huge success and brought incredible talent to the stage.

The story revolves around a multitude of famous fairy tale characters, all who find themselves in different situations which require them to forge “into the woods” with goals to achieve. The characters encounter each other at various points throughout the play, causing the walls of their individual stories to blur and intersect with one another.

The set design was an intriguing aspect of this performance, as the stage was decorated with a long platform that resembled an open book. When the characters stepped foot on this structure, it gave the illusion of them emerging from the pages. The backdrop was a depiction of a looming dark forest, feeding into the main theme of the play.

The actors, however, were what made the stage truly come alive. Every single character in the show has such a unique personality and the actors did an impeccable job at providing the characters with their full potential. The baker (Zeke Solis) and his wife, (Hannah Wasacz), had a beautiful story in which they strive to break a spell in order to achieve their dream of having their first-born child. The two actors effectively portrayed all aspects of the relationship between these two characters, including moments of joy, arguments and their love for one another.

Another couple of characters that gave the audience a good laugh were the two princes played by Galen Graham and Gavin Blonda; one on a mission to find Cinderella, and the other in pursuit of Rapunzel. The two did a phenomenal job in their duet, “Agony” which details the pain they feel of not being able to obtain their desired princesses. At every exit, the two would dramatically leap away which was incredibly funny to watch.

Cinderella (Kat Daughton) and Rapunzel (Jade April) were outstanding singers, both possessing incredibly high vocal ranges and the ability to foster gorgeous classical qualities through impeccable vibrato. The two characters mirror each other in the way that they both undergo hardship and are sheltered by their parents from the outside world.

I was so impressed with the casting of this production, as each individual highlighted multiple facets of each of their characters so well. Emma White did a wonderful job at portraying the witch, with all of her nuances. The step-sisters (Amanda Motzkin and Sophie Calderwood) did a fabulous job of using both their facial and physical expressions to portray the dramatic and at times comedic qualities of their characters. James Matthews gave a beautiful and poignant performance of Jack who slays a giant and yearns for his best friend, Milky White the Cow (another star of the show). I cannot begin to name all of the characters with each of their remarkable qualities, or this review would be far too long, but I have only the upmost compliments towards each of them.

Though the show is not particularly dance heavy, the actors all had great movement abilities as well as acting and vocals.

I hope that everyone who could, made the effort to get out and see this show, because it was not one to miss. Congratulations to the director, Tom Alsip, who is also director of UNH’s musical theatre program for giving the actors the tools they needed to bring this story to life.

And, of course, kudos to the cast, crew, musicians and everyone involved with the production. I look forward to seeing them all in their next endeavors. 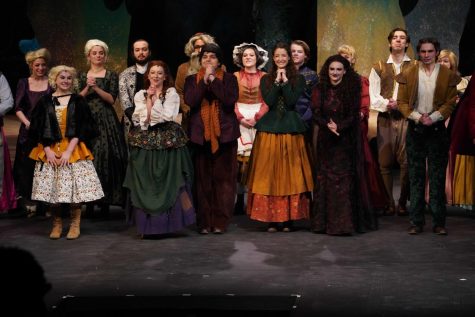