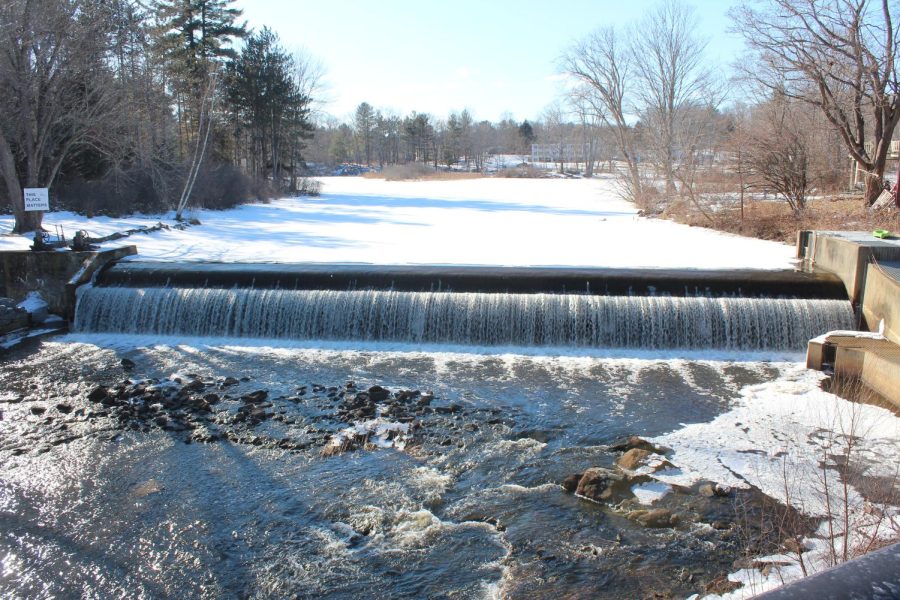 DURHAM – No issue has divided the town of Durham quite like the Mill Pond Dam, whose fate will be voted upon on March 8. Proponents of removal argue that it will “free the Oyster River” while those against it are skeptical of what a dam-less watershed may actually look like.

The controversy began after the town voted 7-2 in favor of removing the dam on Sept. 13, 2021. In the ensuing weeks a group of residents successfully petitioned for the decision to come to a referendum. Now, those same petitioners have launched a website to further spread their message and convince residents to vote “yes” at the polls.

“This came out of necessity because the narrative for this whole thing is being controlled by the town. There was no platform for us to have a voice,” said Sean Harrison, an abutter of the watershed and vocal member of the pro-dam group. “We had to have a platform and a voice for the information that we knew.”

The website highlights several alleged shortcomings in the process leading up to the town council’s vote to remove the dam in Sept. 2021. It also features multiple tabs that detail the financial, environmental, and historical impacts of dam removal and suggests a four step plan to be implemented if the result of the March election is in their favor.

The dam, originally built about 400 years ago by Valentine Hill for a saw mill, is 140 feet long and forms the 9.5 acre Mill Pond impoundment. The current iteration is classified as an Amburson-styled dam and was given as a gift to the town by Edith Onderdonk, step-daughter of Hamilton Smith, in 1913. It is also listed as a New Hampshire Register of Historic Places and is part of the area that makes up Durham’s Historic District, which is on the National Register of Historic Places.

Over the last decade issues of water quality and structural integrity put the dam’s future in doubt, and several town-funded studies have been conducted to explore solutions. However, according to the pro-dam group, the town has neglected maintenance and ignored several warning signs which have contributed to the impoundment’s condition today. The town has also spent over $525,000 in studies and only $3,300 for repairs, according to the group.

“We knew in 2014 when the consultants did a study that [college brook] was the primary cause of impairment. In fact they stated that in their study findings,” said Jeff Hiller, another instrumental voice within the coalition. “Why we didn’t follow that science in 2014 and actually do something then is beyond comprehension.” The study Hiller is referencing was done in 2014 by DK Water Resource Consulting LLC, which examined the water qualities of the Mill, Beards, and Little Hale Ponds in Durham, and states that “reduction in phosphorus inputs to College Brook will be critical in the long term to reducing phosphorus concentrations in Mill Pond.”

High levels of phosphorus in bodies of water lead to low dissolved oxygen levels, a process called eutrophication, which promotes excessive algae growth. This is what makes the Mill Pond an impaired body of water, according to a recent FAQ published by the town. The study that the group is most critical of is the 2020 Feasibility Study, prepared for the town by Vanasse Hangen Brustlin (VHB), an engineering firm in Bedford, N.H. that also worked with the town of Exeter during its dam removal process.

The group’s main concern is the proposed active channel restoration, which “would involve channel shaping approximately 600 feet upstream of the location of the dam” according to the report’s executive summary.

Larry Harris, a retired professor of marine biology at the University of New Hampshire (UNH) and member of the pro-dam group, described this as channelization, a process where a human-created channel is stabilized on its edges with rock, known as rip rap. He said this method of restoration has been used by the Army Corps of Engineers to repair creeks and rivers, but has caused controversy because it promotes unnatural flow.

“The most productive types of waterways are ones where there is a diversity of water types, some quiet, some flowing, etc., which is basically any natural system. That’s preferred habitat for fish and other wildlife,” Harris said. “So if you really want to restore a system you don’t want to use the channelization approach because that locks [the water] in with the rip rap. The rocky lined sides don’t allow for the channel to move where it wants to go.”

Harris also questions if the environment post-dam removal would be suitable for the variety of species that currently call the impoundment home. Two migratory fish species he noted would be impacted by dam removal are the Alewife and Blueback Herring, bait fish for striped bass and lobsters found in the Great Bay Estuary and beyond. This is primarily because the water depth would be substantially reduced in the current Mill Pond and Hamel Brook areas, according to the 2020 VHB report.

“The VHB report talks about inches of depth in the pond and backwater, so you eliminate all of the standing water – the pond. All of that’s gone,” he said. “No alewives, because there won’t be any quiet water space for them to spawn, and blueback herrings will spawn, as they always have, [in the Oyster River] above Thompson lane. But there won’t be enough space in the pond for them to spread out, which I suspect will have a negative impact.”

The long process of gathering information and fighting against the town will culminate in the March 8 election, for which the group anticipates substantial turnout.

“There are a lot of people who have said they are not in support of dam removal but aren’t willing to publicly voice their opinions for various reasons,” Harrison said. “Some people were affiliated with the town or the university, but said they would come out and vote to save it. We’re hopeful.”