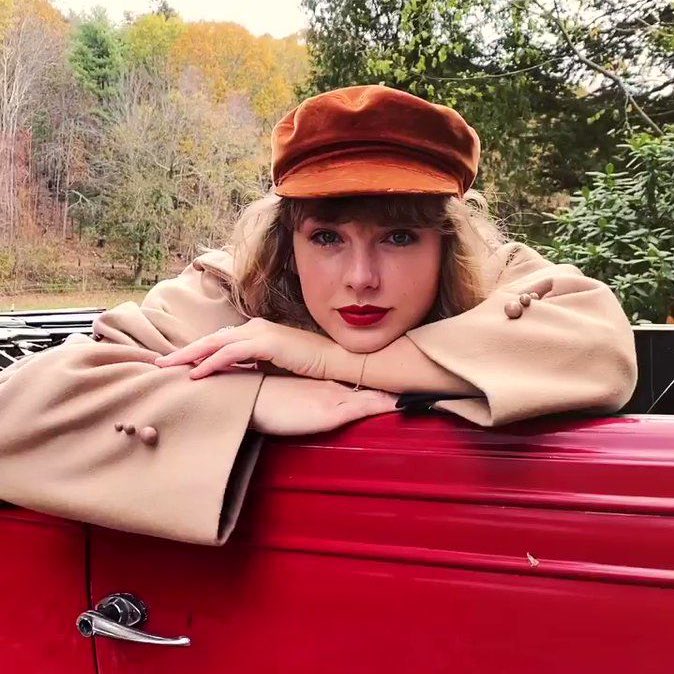 With four albums released in the past year and a half, pop-star icon Taylor Swift has been extremely busy and hard at work. Her most recent album released on Nov. 12, “Red (Taylor’s Version),” consists of re-recorded songs from her 2012 album “Red” and nine additional “from the vault” tracks — songs Swift wrote that did not make the original album.

Due to the corruption of the music industry, Swift lost the right to her own music and doesn’t own her first six albums. “I was the one who made the music first,” Swift explained in an interview with Seth Meyers. “I can just make it again.”

Thus began her journey of reviving her past music and releasing “vaulted” songs along the way, nostalgic both for her and the devoted “Swifties” that get to fall in love with this music for a second time.

Swift’s voice in “Red (Taylor’s Version)” is just as beautiful as it was nine years ago. With upbeat classic pop songs like “I Knew You Were Trouble,” “22” and “We Are Never Ever Getting Back Together” to more stripped tracks like “Treacherous,” “Sad Beautiful Tragic” and “The Last Time ft. Gary Lightbody,” Swift highlights her incredible diverse songwriting ability and has fans dancing to crying in a matter of minutes.

For better or for worse, “Nothing New” (ft. Phoebe Bridgers) is one of my favorite “vaulted” songs that unpacks the struggle of growing up. Swiftt and Bridgers’ lyrics questions how a person can “know everything/ at eighteen, but nothing at twenty-two.” It poetically emphasizesthe challenge of entering a more independent world on your own; and the sadness that comes in realizing you may not know as much about life as you once thought you did.

Vaulted song “I Bet You Think About Me” (ft. Chris Stapleton) is yet another example of Swift’s capability to have fans humming her tunes all day long. From the well-integrated harmonica, strategically simple yet catchy chorus, and gripping lyrics like “I’m harder to forget than I was to leave,” this track promises to be on repeat in your head for the next week.

The long-awaited 10-minute “vaulted” version of “All Too Well,” arguably Swift’s most impactful song yet, delivered everything I expected it would. The backtrack with the slight pop twist made the emotional song more upbeat and allows for both dancing and crying- something that is difficult to achieve. The extended version lets Swift’s storytelling skills take flight. She unpacks a severe heartbreak with emotionally intelligent lyrics that make listeners either relate to her reflection of a tragic breakup or feel exactly like they’ve gone through one.

“Musically and lyrically, ‘Red’ resembles a heartbroken person,” Swift stated in an Instagram post. “I’m not sure if it was pouring my thoughts into this album, hearing thousands of your voices sing the lyrics back to me in passionate solidarity, or if it was simply time- but something healed along the way.”

“Red (Taylor’s Version)” may be for the heartbroken, but nothing fixes a broken heart like singing these songs with your best friends or alone out your car window. However, you want to listen to “Red (Taylor’s

Version),”be prepared to dance your heart out, shed some tears, text your ex, and want to do it all over again after the incredible 30-song journey is over.