“Passing the professor” no longer

[Durham, NH]– A recently released article from VICE announced Professor of the College of Life Sciences and Agriculture at the University of New Hampshire (UNH), and past professor at Augustana University (AU), Dan Howard was accused of sexual assault on several accounts.

Three women between UNH and AU came forward to the university and police about their and Howard’s non-consensual relationships. From uncomfortable texts to sexual relations, students and staff, Phoebe, Julia, and Laura detailed several accounts of sexual assault.

Howard resigned from AU and transferred to UNH as a professor in the College of Life Sciences and Agriculture.  “When I learned that Dr. Howard had become employed at the University of New Hampshire, I became frightened,” Phoebe wrote in her interview with Vice. “I realized that the likelihood that he would pursue another student to have another affair with was very high. I don’t want what happened to me to happen to anyone else,” said continued.

When professors leave one university where they have violated Title IX and assume a position at another, it’s often called “passing the professor.” Some professors even resign before the complaint is fully adjudicated. Each year, new examples of this phenomenon surface — but more often than not, these cases are regarded as singular events, rather than suggestions of a systemic gap in oversight.

Currently, the lawyer representing Howard announced that he was no longer going to represent him. Howard has not responded to multiple requests from VICE to comment over the last few months.

Augustana University also declined to comment on the issue. The Human Resources Department said their only policy is to confirm dates of employment and the title of current and past employees.

UNH declined to comment on a detailed list of allegations made by Laura, Julie, and Phoebe about Howard or their communication with the institution, citing “respect for the confidentiality of all parties involved.”

Chair of the Department of Biological Sciences at UNH, Bonnie Brown wrote in an email to The New Hampshire, “Our department, college, and UNH all are working through how to deal with this situation.  Right now, our biggest concern is to provide a safe space for present and past students to process what happened.”

Anthony Davis, Dean of the College of Life Sciences and Agriculture said he is “working on a lot of issues related to [Howard]” and asked the press to coordinate through Erika Mantz.

Mantz, executive director of media relations at UNH, said the allegations did not “accurately reflect the information disclosed to the University of New Hampshire.”

In her interview with VICE, Mantz added, “An investigation was conducted and we are confident appropriate steps were taken.” She declined to identify which parts of the emailed allegations were inaccurate, again citing confidentiality concerns. According to the Affirmative Action and Equity Office, the staffer Laura communicated with during the process no longer works at the University of New Hampshire and could not be reached for comment.

Mantz said UNH condemns all forms of sexual violence, including sexual assault and harassment, and is actively reviewing this particular case to include a review of the hiring process and background check process.

“We are focused on providing survivors with the resources and support they need and want. We are also committed to building more trust in our reporting system and to greater prevention efforts,” Mantz said.

UNH encourages anyone aware of sexual violence including sexual assault and harassment to report it. “This behavior absolutely cannot and will not be tolerated. We are also reviewing our existing research safety strategies and working to implement new approaches to preventing racism and sexual violence both in the lab and in the field,” Mantz said.

A 2018 analysis entitled “A Systematic Look at a Serial Problem: Sexual Harassment of Students by University Faculty”, for example looked at 300 faculty-to-student harassment cases and found that more than half of the involved professors accused of sexual harassment by a student had previously been accused by another student, a phenomenon sometimes referred to as serial sexual harassment.

Nancy Chi Cantalupo, a nationally recognized expert on gender-based violence in education and professor of law at Wayne State University in Michigan, is one of the authors of “A Systematic Look at a Serial Problem: Sexual Harassment of Students by University Faculty”. She believes her research, hailed as the most comprehensive study of faculty sexual harassment to date, is only the tip of the iceberg.

In addition, Mantz, said there are a number of initiatives UNH is taking underway to include the formation of a sexual violence advisory committee with student involvement and review of policies and prevention practices by the Affirmative Action and Equity Office, the Sexual Harassment and Rape Prevention Program (SHARPP) and Student Life. 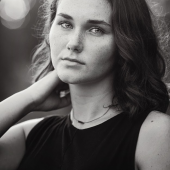