UNH continues to coast through the 2018 season with yet another win, making it six in row with their 1-0 win against UMBC. Junior forward Jack Doherty put in the game winning goal off a rebound for his first of the season.
It was safe to say this was a fairly one-sided affair in favor of UNH. The ‘Cats got twelve shots off and held their opponents to only two. UNH had control of the ball almost the entire game and did not look back after Doherty’s goal in the seventh minute.
While the Wildcats had possession for the majority of the game the second half was a little more competitive, yet they still held their opponent to only two shots.
“To be able to battle, with all those long throws and corner kicks… those are the things we’re going to want to clean up, that is what’s going to get us to the college cup.” Said Coach Marc Hubbard of his team’s resiliency in Saturday’s shutout.
Five of UNH’s six wins this season have had a one-goal difference and being on the winning side of those competitive games is what will take you farther as a team. “We just weren’t able to get the second one, and if that’s the case it’s a different ending to the game.” said Hubbard.
If the ‘Cats are going to have any luck against tougher conference teams later in the year like Vermont and UMass Lowell, they are going to need more support from players like Doherty. Doherty took the most shots on the team last season (38)
by a long shot and his involvement will be critical.
“I’m happy for him to finally get that first goal, he puts himself in a lot of great spots and creates a lot of chances.” said Coach Hubbard of the goal scorer Jack Doherty.
Another reason they’re going to need the extra effort is because the Wildcats only play at home three more times this season with eight games remaining. Over the last two years, UNH is 15-0-3 at Wildcat Stadium, outscoring their opponents 33-8. Home field advantage has been huge for this team and Coach Hubbard agrees.
“It’s home field, you gotta protect that, it’s a focus to win every single home game so you can put yourself in a situation to host America East playoffs.”
There is definitely some real competition in the America East this year as UMass Lowell has almost gone stride for stride with the Wildcats so far this season. They are both 6-1 however UMass Lowell has tied two teams while UNH has only tied one.
Only time will tell, but UNH will have to take care of business outside of Durham if they want to finish the season on a good note. 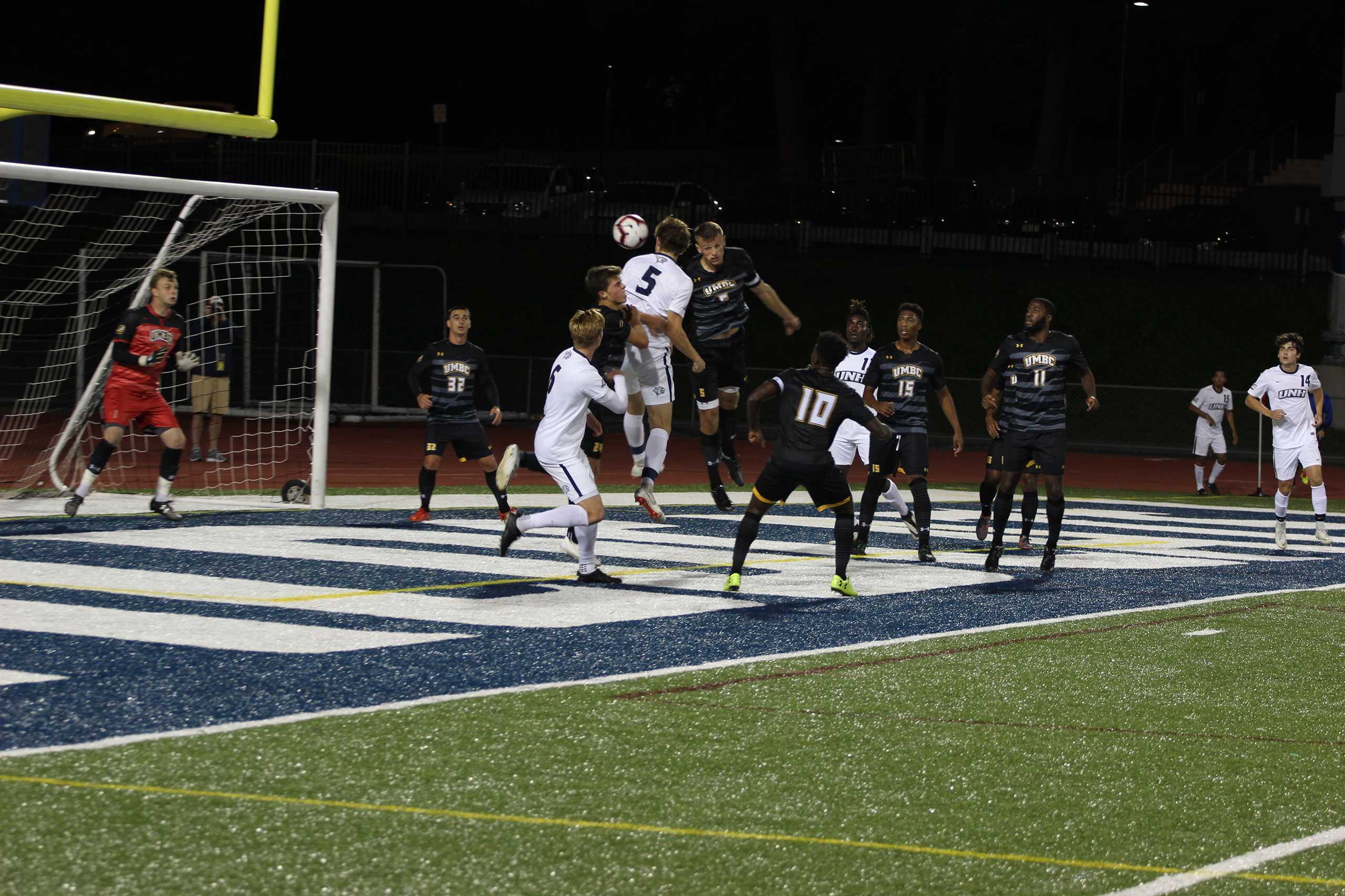