UNH football: No. 23 Wildcats set to host Dartmouth in 40th installment of the Granite Bowl 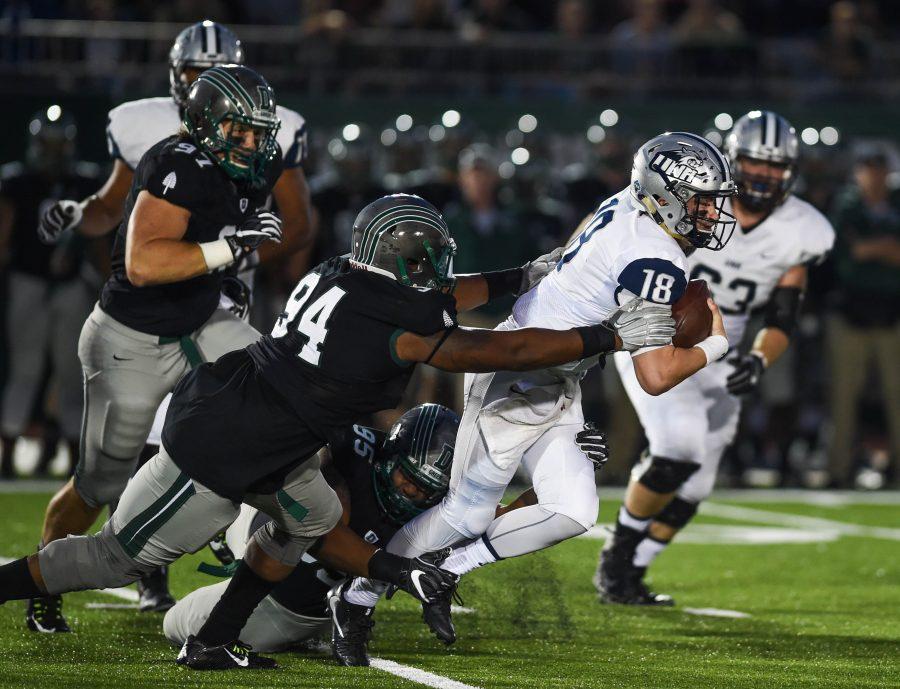 DURHAM, N.H. – This Saturday the University of New Hampshire (UNH) Wildcats (3-2, 2-1) will host the Dartmouth Big Green (4-0, 2-0) in what will be the 40th meeting between the two rivals. Coming off a bye week and back-to-back losses, the importance of this year’s matchup has been heightened beyond the rivalry of the only two Division I programs in the state. The Wildcats are amid a three-year playoff drought, and a third consecutive loss could drop 23rd ranked team out of the nation’s top-25.

UNH head coach Sean McDonnell spoke a lot about the storied rivalry and what is referred to as the “Granite Bowl” during his media availability this week. It began in 1901 with a decisive 51-0 Dartmouth victory. The latest chapter once again saw the Big Green edge the Wildcats 22-21 in 2016. McDonnell knows the importance of this game from his time as a player and is hoping for a different result this time around.

“I’m a guy from upstate New York who knew nothing about [the rivalry] and had to play in it my sophomore year of college,” said McDonnell. “I didn’t realize what I was getting into until we lost the game and walked by fraternity row and got heckled pretty good.”

There was a common theme among coaches and players over the bye week on what the Wildcats need to do better to make sure they’re on the right side of this game. Both McDonnell and senior center Matt Mascia agreed that the offense needs to spread the ball and have better execution early in the game.

Mascia said that he thinks this was the perfect time for the Wildcats’ bye week to fall. UNH fell just two points shy of then-No. 3 James Madison before having this past week to reset.

“It’s tough to sit back and take a week off after playing a big opponent, especially coming off two huge tests,” said Mascia. “But going off of how close we were against such a good team it’s nice having a bye week to reflect and fine tune some things.”

McDonnell made sure to note how important his center will be in this weekend’s action.

“Matt’s the lead bell cow right now leading from the center position. It’s huge that he has a good game on Saturday, making sure he’s getting us going in the right direction.”

On the other side of the ball, New Hampshire will have to game plan for two Dartmouth quarterbacks. The Big Green can interchange graduate student Derek Kyler and junior Nick Howard from down-to-down wherever they see fit. Kyler is more of a traditional passing quarterback, while Howard has the ability to run the football.

“When Nick Howard comes in it’s a power offense and they’re going to run the football with him. They’ll do some very good schemes that if you don’t have your eyes and your gaps filled where everything belongs, they’ll make some plays,” explained McDonnell. “I love watching it. I don’t know how much I’ll love coaching against it until Saturday.”

As for the players that will have to line up opposite Kyler and Howard, McDonnell alluded to some of his defenders making a return to the lineup. He noted that senior Pop Bush and sophomore Joe Eichman, “may have an opportunity” to get some playing time.

The in-state rivals will kick off from Wildcat Stadium this Saturday at 1 p.m.