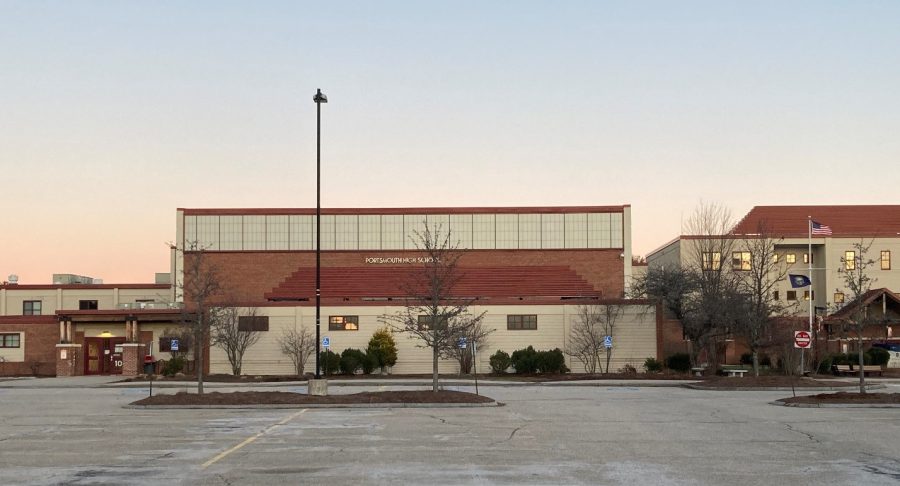 Portsmouth High School’s (PHS) doors welcomed students back in person for the first time since the start of the COVID-19 pandemic and mandating masks for faculty and students in order to prevent a surge of cases and keep its community safe.

According to Portsmouth High School Principal, Mary Lyons, the school has mandated masks indoors, aside from the cafeteria during the scheduled lunch period. Masks are not mandated outside.

According to Centers for Disease Control and Prevention (CDC), indoor masking is recommended in schools K-12 regardless of vaccine status.

“We have no issue with compliance,” said Lyons. She added that often, small reminders are needed about keeping it over the nose, but no one is refusing to wear one.

“Most people, you don’t have to argue with them,” said English teacher Lisa McAllister. “I feel like it’s become so normal now.”

PHS guidance faculty member, Louise Duprey, said she is happy that they have chosen to mask indoors. “I have talked to other people who are in other school systems, and they are not happy with whatever their rules are, and they were pleasantly surprised that we are full masks,” she said.

Although the precautions have relaxed since last semester, the school is keeping certain measures in place.  Students must keep 3 feet of distance from each other in hallways and classrooms rather than the 6 feet that was enforced last semester, according to Lyons

In addition, the usual pre-pandemic 10-minute passing time between classes has been reduced to only two to three minutes, according to Duprey.

Other changes  include being back to one lunch session, as opposed to the split lunches last semester to eliminate a congested cafeteria, and the elimination of online and asynchronous classes.

“There are a few students who still, for health reasons, remain remote but they access VLACS,” said Lyons. “So, they’re not necessarily zooming.”

Although the majority of PHS faculty is happy with the precautions this semester, there are still some members of the PHS community who feel differently.

PHS student, Georgina Ramadanovic, voiced some concerns regarding the COVID-19 precautions. “Some teachers enforce it if kids start pulling their masks down in class and some don’t. And generally, they listen to the teachers if they’re telling them to do things but otherwise it depends on the kids and the class,” said Ramadanovic. “In the bathrooms people generally tend to take them off.”

Ramadanovic explained that she is more adherent to guidelines because her mother is at risk. “My whole family, we’ve had to think about it more,” she said.

“I think in theory they’re good precautions but in practice, especially come winter, I think it’s going to be a lot harder because most kids eat outside for lunch and you can have windows open in classrooms but when it’s 30 degrees out, that’s not going to be as possible,” Ramadanovic said.

According to Ramadanovic, the cafeteria is also not an ideal place to be eating maskless due to lack of enough ventilation.

She also wishes testing was more accessible for students at school. “I think it would be really great if there were an easy way to get tested at school because I think that’s a barrier,” she said. “A lot of kids are just not going to want to go out of their way to get tested.”

Ramadanovic’s father and English professor at the University of New Hampshire, Petar Ramadanovic, said he would like for the school to be in closer communication with parents regarding what the exact guidelines and precautions are. “More detail than we have at the moment is what it comes down to,” Petar Ramadanovic said.

McAllister explained that the school adheres to precautions based on the number of cases in Portsmouth. “If somehow, miraculously the cases go down, it will be mask optional, and that makes me a little nervous,” she said. She added that it is difficult to adhere to the students being 3 feet apart. “A lot of us are over capacity to make that happen.”

McAllister also said that faculty are not allowed to ask which students in their classroom are vaccinated or not. “It would make me feel a little better if I knew my whole class was vaccinated,” she said.

The school held a series of vaccine clinics last semester for which the majority of the PHS community expressed positive feedback.

“I personally don’t know of anyone who’s not vaccinated,” Lyons said, referring to the staff. “The staff was so excited to have the clinic there.” According to Lyons, the school held three student clinics.

According to Georgina Ramadanovic, the vaccines were administered by the fire department, and there were parent volunteers helping as well. “I thought that was really well organized and I was glad that it was so accessible for kids who maybe wouldn’t have gotten it otherwise,” she said.

“I was so proud of our city for offering it at the high school,” said Duprey. “And to see all fire here and police, and they even had a remote outside one for those that were quarantined already. I was one of them.” She explained quarantined participants were administered vaccines outside from their cars.

“We’ve been through a lot this last year and a half,” said McAllister. “I think we’re all still seeing students who are recovering emotionally from everything.”

Though the pandemic has presented PHS with many phases, new paths to navigate and a series of challenges this past year, so far, the high school has successfully kept COVID-19 cases to a minimum, and is constantly working to live up to its main goal of keeping all its students safe. 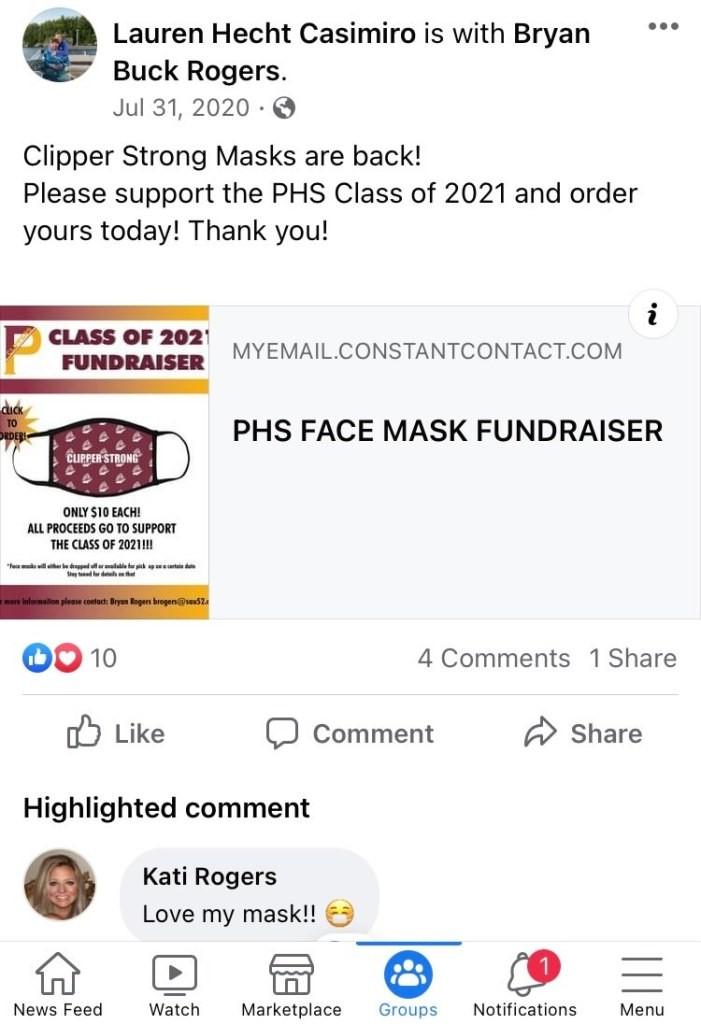