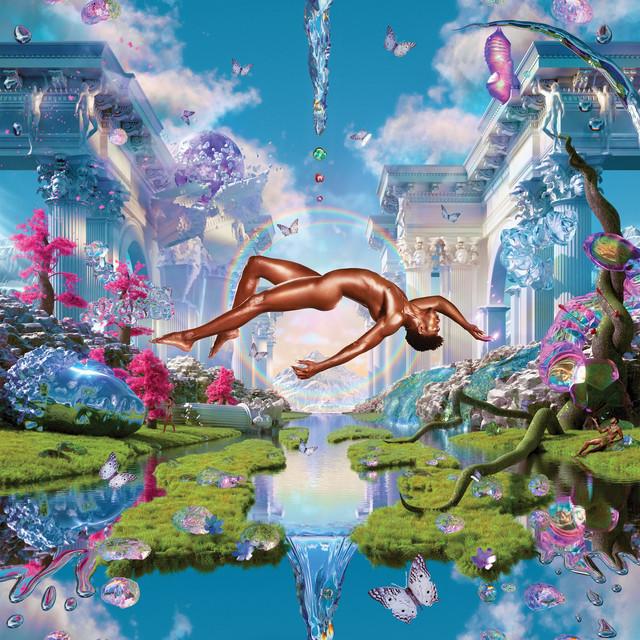 “When Lil Nas X releases his new album I’m about to act up.”

That’s the phrase that my friends and family have grown used to hearing over the past month. Lil Nas X has been known to inspire this reaction from me. Last April, my former colleague at The New Hampshire, Aqeel (rude of him to graduate), and I recorded a podcast episode analyzing the album’s title track “Montero (Call Me By Your Name)”. We praised the song and its video for its masterful symbolism, relatable lyrics, and celebratory display of queerness.

I can’t think of any better words to describe Lil Nas X’s debut album: “Montero.” The album’s marketing alone was iconic from the faux lawyer billboards to the maternity shoot where Lil Nas X sported a third-trimester belly. The artist had been dubbed a “chameleon” by Billboard for his ability to span genres starting with his switch to pop-rap after his viral 2019 country-rap hit “Old Town Road.” This nickname holds true as “Montero” features a mix of rap, pop, rock, grunge, and acoustics.

The album, which bears Lil Nas X’s birth name, is also a deeply personal reflection of his struggles with his sexuality, mental health and sudden rise to fame. As Pitchfork Media asserts, “Lil Nas X flaunts his verve and star power alongside some of the biggest names in pop, all while that sense of isolation lives at the music’s brighter edges.”

The album’s second track “Dead Right Now” is a brief glimpse of the feelings of isolation that take up most of “Montero’s” second half. Lil Nas X recounts the numerous fake interactions he had during his rise to stardom, including a strained relationship with his parents. The song’s title also has a double meaning as Lil Nas X asserts that these fake people are dead to him and acknowledges that if he’d committed suicide (i.e “dead right now”) he wouldn’t have experienced his current success.

My current favorite track is the album’s last song “Am I Dreaming?” ft. Miley Cyrus. This was my most anticipated release as I’ve loved Cyrus’s transition to a raspy, 70s inspired pop-rock style with her album “Plastic Hearts” (which I have also reviewed.) However, I wasn’t expecting a melodious and heart wrenching acoustic duet. Lil Nas X and Miley Cyrus both rose to fame at a young age and have had their fair share of criticism as they’ve matured in the public eye, as Cyrus sings, “Glitter comes off, battered and blue, but I gotta go on/As I’m singing, I rewrite my story.”

The lyrics also reflect the struggles they’ve faced as queer people in the music industry. Almost all of the featured artists on “Montero” (Doja Cat, Megan Thee Stallion, Elton John, Miley Cyrus) are also part of the LGBTQ+ community. Lil Nas X’s decision to end his debut album not with a bang but with a reflective, acoustic piece echoes the goal of the first track: “open[ing the] doors for many other queer people to simply exist.”

Lil Nas X’s career trajectory hadn’t always been clear with detractors branding him a one-hit wonder, which he highlights in “One of Me:” “Oh, you think you big sh*t, big pimpin’, let me know/Ain’t the next big thing, you the next thing to go.”

But with multiple platinum singles under his belt and a phenomenal debut album, I think Lil Nas X is here to stay.

“Montero” is also supporting multiple charities that can be found here.