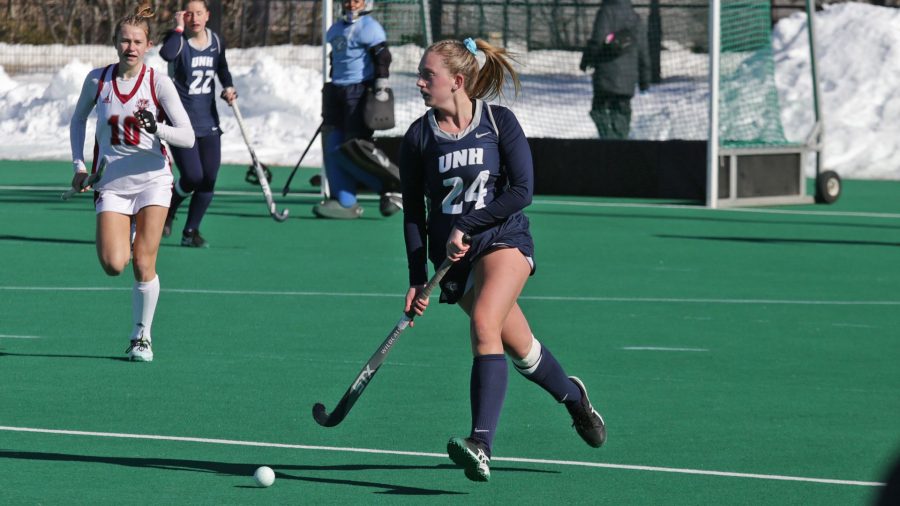 UNH dropped the hard-fought contest by a final score of 2-1, this was the Wildcats’ fourth loss on the season. The game was highlighted by a goal from UNH junior Jaiden Wittel. Wittel’s goal was her second in the last three games making her a bright spot on the offense, an area the team has struggled mightily in throughout the first three weeks of the season. Wittel’s two goals have been the only goals the team has managed to score in the past four games, and the team overall only has three goals in five total games.

Assisting on Wittel’s goal was junior Ava Mariani, who notched her first point of the season on the play. Mariani has been very strong on the offensive side of the field so far this year as she leads the team with nine shots but is still looking for her first goal of the season. During the match against Providence on Friday, Mariani registered three shots which was the second most on the team only behind redshirt senior Bloem van den Brekel who fired four shots on the night.

Despite the loss, the Wildcats kept close pace with the Friars the entire night, as they led both sides in shots (9-7), shots on goal (7-3) and corners (6-3). Junior goaltender Jemma Woods recorded one save on the night, raising her season total to 28.

Despite the pressure from the Wildcats on Providence, the Friars were able to score the game’s first two goals, one off the stick of junior midfielder Nora Goddard-Despot in the second quarter, and the other one coming from senior defender Amanda Collins in the third quarter. Wittel’s goal for the Wildcats came late in the fourth quarter.

UNH concludes their long six game road trip to start the year at Bryant University this coming Friday, Sept. 17 at 5 p.m. Following that one the Wildcats will finally return to Durham for their home opener on Sunday, Sept. 19 at 12 p.m. against No. 3 Boston College.