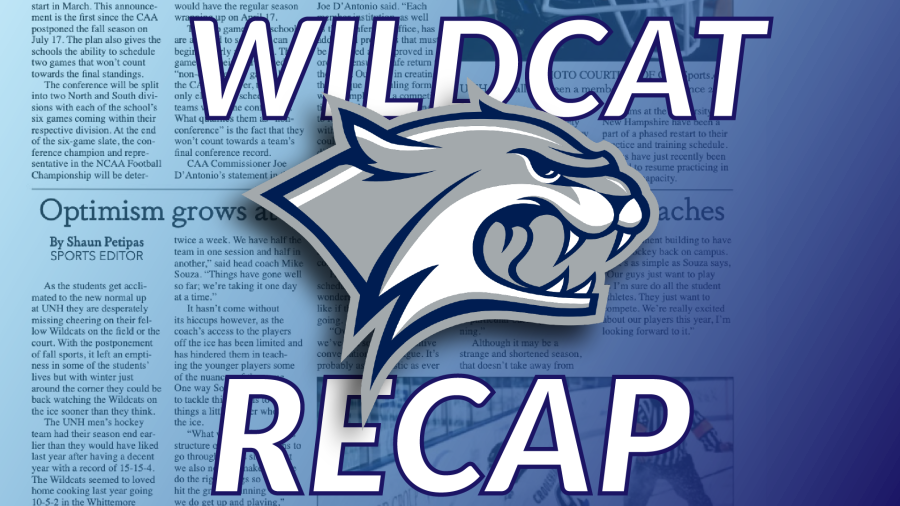 Head coach Sean McDonnell announced that his star sophomore quarterback Max Brosmer suffered a torn ACL and will not play a snap this season. This news came just three days before the team kicked off versus Stony Brook.

UNH only managed a single win in a three-game weekend tourney. The ‘Cats fell to the Murray State Racers and the Mercer Bears in four sets. UNH defeated Stetson University in their final game of the weekend.

Senior safety Pop Bush and junior quarterback Bret Edwards served as stabilizing forces for the Wildcats in a narrow 27-21 victory over the Seawolves.

“It wasn’t that pretty, but we got the job done,” Edwards said bluntly in his opening comments postgame.

Men’s soccer stayed perfect on the season with a win versus Providence College. Goals came from graduate students Linus Fallberg and Paul Mayer. The two goals would not have been enough for a win however, had it not been for junior goalkeeper Jassem Koleilat. The Emiratis keeper was a force in net all night with three massive saves to keep UNH in front. Koleilat held a Providence team who scored three and six goals in their first two games to just one goal from a penalty kick.

After 90 minutes of regular play and a pair of extra periods, neither UNH women’s soccer nor St. Francis College Brooklyn could come away with a goal, handing UNH their first draw of the season. The ‘Cats dominated the game but couldn’t find the finishing touch.