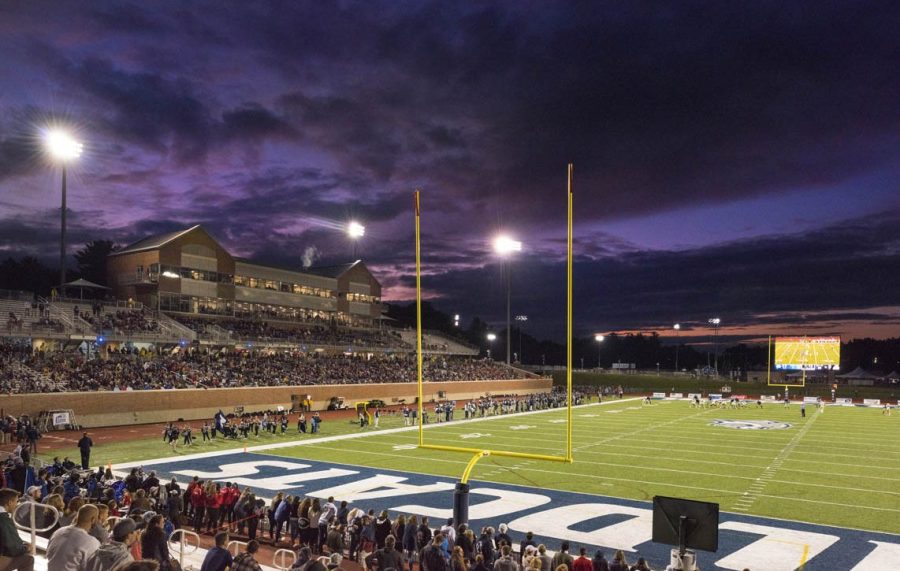 DURHAM, N.H. – The 2021 fall semester at the University of New Hampshire (UNH) is within reach and one can only imagine the excitement brewing within the student body and faculty. The semester seems to be heading in the right direction after last year’s unfortunate bump in the road. Athletic Director Marty Scarano, like many, is particularly enthusiastic about the big return of fall sports.

“Last year was so disruptive and even though we practiced, and they had some abbreviated seasons, it wasn’t the same,” Scarano said. “Personally, what I love about what I do is being with the student-athletes and seeing them enjoy what they love to do, so that is enormously gratifying. I am really excited about having these events for our student body. I think there is more appreciation for UNH athletics now that there was a year without it.”

“Right now, the student body can come out and enjoy football or soccer just as if COVID never happened. You will have to go through all the parameters with initial testing coming back to school and having the surveillance testing. But we will all get beyond that and when you come to an athletic event it should feel normal as long as things stay consistent,” Scarano explained. “We’re not sure about indoors yet, I am hoping that we don’t have to mask indoors for basketball and hockey; we are anticipating that might happen. But if that is the worst scenario, I’d like to think people will look beyond that and come with their masks and still enjoy the event.”

The football team welcomes back head coach Sean McDonnell for his 21st full season for his alma mater. He was forced to take the 2019 season off while dealing with bladder cancer. The Wildcats are looking to find their way back to the playoffs after their 14-year streak was broken back in 2018. Their season kicks off Thursday, Sept. 2 at 6 p.m. when they travel to Stony Brook. The first home game will take place on Sept. 11 when Towson travels to Durham.

It is no secret that men’s soccer has built an impressive resume here in Durham. The Wildcats will begin their third straight conference title defense this fall after being bounced from the second round of the NCAA Tournament in the spring. The ‘Cats will start their season Thursday, Aug. 26 at 7 p.m. when they travel to Boston College. The first home game will come the following Sunday at 5 p.m. from Wildcat Stadium.

Women’s soccer is coming off a 5-2-0 spring season with all five wins coming at Wildcat Stadium. The women’s team was the first one to begin their season after defeating the Merrimack Warriors by a score of 3-0 Thursday night. They’ll travel to Northeastern Thursday, Aug. 26 at 6 p.m. to take on the Huskies.

The volleyball team starts their season off Friday, Aug. 27 at 1 p.m. when they face Murray State in the Mercer Tournament. They’ll be back in Durham for the first time on Sept. 2 hosting Fairleigh Dickinson.

The field hockey team’s season starts up Saturday, Aug. 28 at 2 p.m. when they face off against Ohio University in Louisville, Kent. The team’s first home game won’t come until Sept. 19 when they’ll play host to the Boston College Eagles.

Both the women’s and men’s cross-country teams are set to start Friday, Sept. 10 at 3 p.m. at the Providence College Invitational.

Scarano expressed his optimism for all UNH fall sports noting that he thinks each of the fall programs have a chance to be very competitive in their respective conferences.

“Men’s soccer is a legitimate top-10 team in the nation,” said Scarano. “Women’s soccer is very young, but they are very talented, so it’s a matter of them coming together as a team. Field hockey is very excited about getting started. I think Robin Balducci is that legacy coach and they have a lot of talent so I think they will breakthrough. Football with Coach Mac back in the saddle is going to be UNH football; I think they’re going to be really good.”

Optimism is in the air in Durham as students return to campus and fall sports continue to inch toward the starting line. Scarano is among those leading the charge noting that “everyone has a lot to look forward to regardless of what sport you follow.”