Players to watch ahead of fall football season 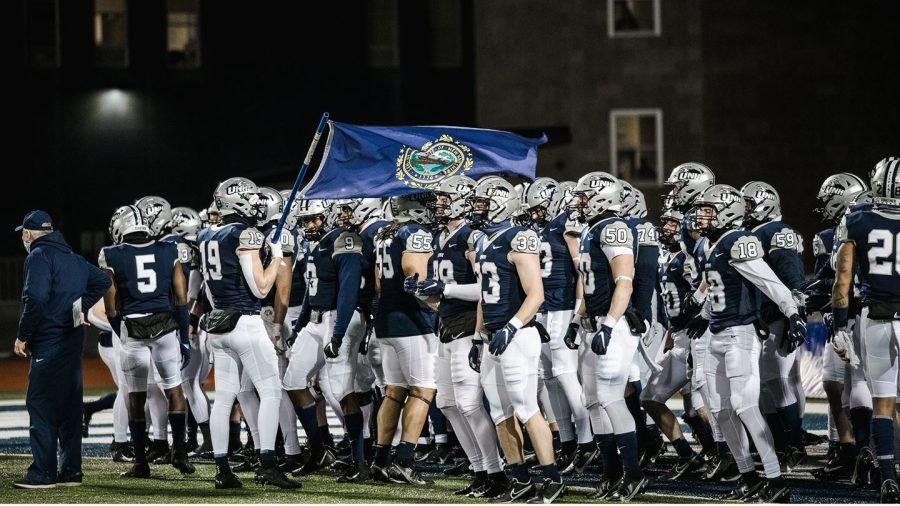 UNH football only had the opportunity to play one game this spring. In week they hosted UAlbany and lost by a final of 24-20. While coronavirus (COVID-19) concerns may have halted their spring campaign, there are still more than a handful of players for UNH to be excited about before they kick off again on Sept. 4.

Sophomore quarterback Max Brosmer was drawing much of the buzz heading into this season. He didn’t get a true opportunity to showcase his improvements from his first season under center, however. Brosmer played 11 games in 2019 while racking up 1967 yards and cashing in on 12 passing touchdowns.

The Georgia native looked improved in the first half against UAlbany as he navigated the pocket well and dotted a handful of throws. In the second half Brosmer sailed a few throws and was strip-sacked en route to the team’s lone loss this spring. His final stat line had the sophomore completing 20 of his 35 attempts while recording 128 yards and two touchdowns.

It will be interesting to see the strides Brosmer will take by the time he takes the field at Stony Brook with two full offseasons under his belt as the starter. However, this means that the quarterback will have only played one game over his previous 22 months. In-game experience should be one of the only concerns for Brosmer heading into the fall. He possesses the decision-making of an elite passer, but he’ll need to tighten up his accuracy before he truly takes that next step. Although Brosmer is far from the most athletic player on the field he remains elusive enough to evade pressure when the pocket collapses. His ability to extend plays will play in the team’s favor with such strong group of skill players around him.

On the defensive side, the player to look out for will be junior defensive end Gunner Gibson. In 2019 Gibson led the defense with 9.5 tackles for loss and tied for second in sacks with four. Gibson was the leader against UAlbany with 1.5 sacks contributing to his 2.5 tackles for loss and seven total tackles. He will continue to head the Wildcat front as senior Brian Carter has confirmed that he will not be returning for the fall season. Gibson will help make up for the seven sacks that Carter and former Wildcat Josh Kania left behind in 2019.

A player to keep an eye out for in the fall is redshirt first-year linebacker Zedane Williams. Williams showed in the lone game this season why he is a prime candidate to break out this fall. The Massachusetts native displayed his explosiveness against UAlbany when he filled out the stat sheet with a team-leading nine tackles, 2.5 tackles for loss, a pass breakup and a blocked punt right before halftime to swing momentum back in the Wildcats’ favor.

Williams only played in four games in his redshirt season, recording five total tackles and one pass breakup. Fall 2021 looks like it should be the linebacker’s first full season and if that March 5 game was any indication, it seems the UNH defense will remain in good shape with Williams in the lineup.

The Wildcats will be on the road for their Sept. 4 game at Stony Brook before heading home in week two to host Towson. UNH will also play host to James Madison, Dartmouth, Richmond and Maine. They will be on the road to face Lafayette, Pittsburgh, Elon, UAlbany and Rhode Island.