The New Hampshire • May 2, 2021 • https://tnhdigital.com/18885/sports/addition-of-foster-and-lopez-latest-in-moves-to-improve-three-point-shooting/ 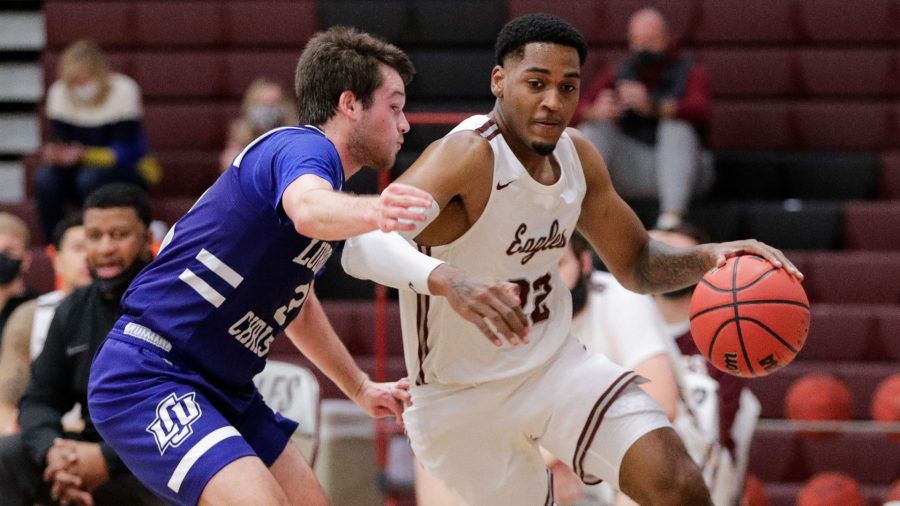 After a season where the Wildcats had the fourth-worst three-point percentage in the America East, it’s clear that Bill Herrion and his program are making an effort to be sure that’s not the case come next year. After picking up sophomore Sloan Seymour from George Washington University, Herrion has followed up with the additions of transfer student Marco Foster and incoming first-year sharpshooter A.J Lopez.

Foster will be transferring from Division II Oklahoma Christian University (OC) with a full four years of eligibility. The transfer will fill an immediate need for the Wildcats as a 6-foot-2 guard with an ability to play on the perimeter. This need is coming after junior guard Marque Maultsby announced via his Instagram in February that the 2020-21 season was going to be his last as a Wildcat.

During his lone season at OC, Foster averaged 15.4 points per game and sank 3.44 threes per game which led his team. He converted 62 three-pointers, tied for the most among first-year Division II players, along with shooting 42.8% from behind the arc.

Lopez will come to Durham from Mount Zion Prep in Lanham, Md. and could fill a future role offensively for the Wildcats. Senior Josh Hopkins has been one of the team’s best shooters but when his time runs out, Lopez seems to fit a similar mold. Standing the same 6-foot-5 as Hopkins, Lopez is coming off a campaign where he shot 45% from downtown and scored 16.1 points per game.

He’s made a couple other stops along the way. The guard scored 20.8 points per game at Schoolhouse Prep in Miami Fla. the season prior. Before that he starred at St. Francis Prep in Queens N.Y. where averaged 18 points per game.

Herrion believes that his three additions to this point will help fill areas of need and assist in capitalizing on the veteran roster that will return to Lundholm Gymnasium this winter.

“Along with [George Washington University transfer] Sloan Seymour, we feel that Marco and A.J. will add to our depth and help continue our pursuit of winning a championship and getting to the NCAA tournament, which is our ultimate goal in our program,” explained Herrion.

The trio of Seymour, Foster and Lopez will add a combined 41.5% shooting behind the arc from this past season. The Wildcats shot just 31.8% in that area as a team in 2020-21.

Foster and Lopez will also be dropped into a group of young guards like first-year K.J. McClurg, and redshirt first-years Blondeau Tchoukuiengo and Nick Johnson. Minutes may be tough to come by for guards in 2021-22 but Herrion seems to be setting himself up nicely for years to come.