The New Hampshire • May 1, 2021 • https://tnhdigital.com/18855/news/follow-up-scientists-disprove-misconceptions-about-covid-19-and-protocols/ 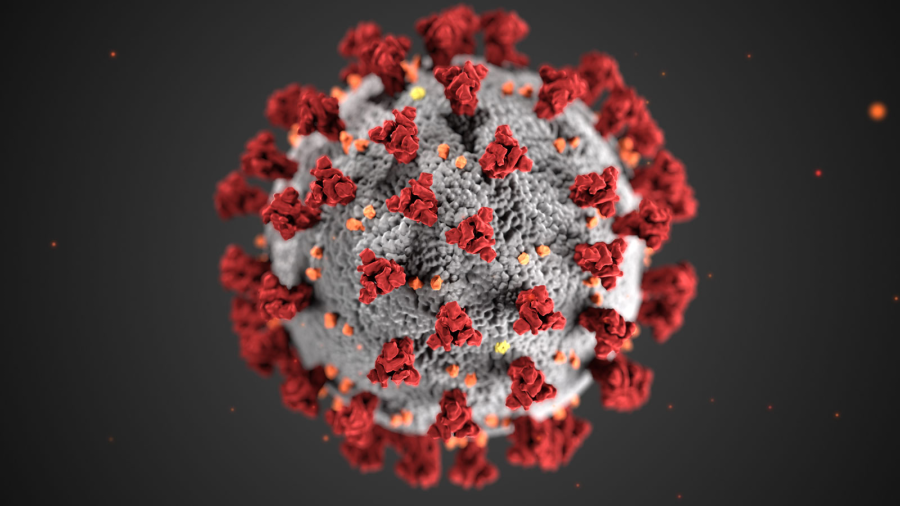 There have been myths circulating about how the coronavirus (COVID-19) started, the protocols that have been used as protective measures against it, and the data on cases and deaths.

One of the most popular misleading claims is that the virus could have escaped the Wuhan Institute of Virology, a lab in Wuhan, China. However, the World Health Organization conducted a large-scale investigation in Wuhan, with experts from ten different countries, and found no indication that the virus originated there.

“The reason why we can unequivocally say that that didn’t happen is that when we engineer things in a laboratory setting, there are basically signatures or hallmarks that something has been engineered,” said Megan Enos-Fournier, professor of biomedical sciences at the University of New Hampshire (UNH). “You can sequence and map them, and there are always signatures in them. SARS-Covid2, the virus that causes COVID, was sequenced early on and there were none of those hallmarks in there, and no evidence that it jumped out of a lab.”

Pandemics usually start with a common unharmful virus that circulates, but it then goes through a mutation which makes it much more harmful. It often transmits at the same rate as before, but because of the serious illness it causes, it is much more noticeable, explained Vicki Jeffers, professor of biomedical sciences at UNH.

Scientists have concluded that the virus originated due to an animal-to-human transmission. “When a virus jumps or a pathogen jumps from an animal to a human, it’s called zoonotic transmission and that’s what this was. Direct bat to human transmission,” said Enos-Fournier.

“Viruses are naturally occurring in the wild and new strains originate all the time,” said Juan Rojo, professor of biomedical sciences at UNH. “Coronaviruses are well known to be viruses that infect bats and other animals.”

Another misconception is that masks are not effective in preventing transmission of the virus. Some claims have even said that masks are dangerous because they trap carbon dioxide particles within them and inhibit oxygen intake.

David Itkin, infectious disease specialist at Portsmouth Hospital refutes this claim. “The mask is proven through an abundance of data to protect individuals from both expelling the virus as well as inhaling the virus. Particularly a double layer mask has a very effective filter in that regard,” said Dr. Itkin who was voted the Top Doctor in Infectious Diseases by NH Magazine in 2004, 2005, 2009, and 2010.

Enos-Fournier added that the air we breathe is not mostly comprised of oxygen, as there are other gases such as nitrogen and carbon dioxide and therefore, we do not need a high level of oxygen to function. “The CO2 that you’re exhaling can get through your mask. The particles are small enough that they can fit through,” Enos-Fournier said. “A virus, even though it’s incredibly small, is much larger than carbon dioxide.”

Rojo added, “Molecules of carbon dioxide are much, much smaller than viruses. We are talking about 1 magnitude in 1,000 size difference.” He also explained that viruses survive in wet environments, which are provided in our secretions when we sneeze and cough. The mask provides a dry environment where these secretions can be absorbed, and eventually dry, which kills the virus.

Rojo said that if people are worried about masks limiting their oxygen intake, they can purchase a pulse oximeter; a device that they can put on their finger which measures the saturation of oxygen in their bodies. He explained that the reason why oxygen can feel restricted is simply because of the sensation of the warmth and humidity of the sweat accumulating on your face under the mask, but not actually because oxygen is limited.

According to University of California San Francisco, another reason why people were misled to think they should not wear masks, was because in the beginning of the pandemic, the CDC originally told the public not to wear N95 and surgical masks, due to a limited supply which needed to be saved for healthcare workers. However, cloth masks. which are much more accessible, should have been worn from the beginning. In addition, there was a huge lack of testing, providing people with a false sense of security. America was also not prepared for mask wearing, so it was a cultural adjustment as opposed to places in Asia where mask wearing was already commonplace.

Other myths have circulated, claiming that PCR tests do not work to properly determine whether someone has the virus or not.

The fear that COVID-19 tests have produced false results has led people to believe that the numbers of COVID-19 cases and deaths has been inflated.

These claims have also been a result of the belief that if people who died from COVID-19 also had another terminal illness, such as cancer, then they most likely died from the cancer, but because they had COVID-19, their death was written off as a COVID-19 death, Jeffers explained. “At the same time, if they hadn’t been infected with COVID-19, they may have lived a few more years,” said Jeffers. “Statistics can be used in a lot of different ways to tell the story that you want to and if people know what they’re doing with statistics, they can be very convincing.”

Itkin said, “The data is based on real information, real test results that are reported to state departments of health.” He continued to say, “if anything, I would say it is likely the opposite because of the fact that we have undertested; that the number of actual infections are far more than those that we’ve actually detected.”

Larry Hamilton, professor of sociology at UNH, said that conspiracy theories such as the ones regarding COVID-19, are rooted in a top-down effort to sway people to believe that science cannot be trusted. One of the biggest examples he cited was climate change denial. “With a successful top-down campaign, it eventually becomes grassroots,” said Hamilton. “So, now people really believe as part of their identity that climate change is a liberal plot. Same thing for the COVID virus.”

He continued, “There are a number of reasons why all this is catchy. One of them is that as you get into these conspiracies, you now have special knowledge. You know stuff and all those people around you are sheep and they don’t get it yet […] Psychologists work with this idea they call conspiracist ideation: the tendency to have conspiratorial ideas,” said Hamilton. “I think once you start to believe any of these conspiracies, any of these alternative realities, it’s an easy jump to the others. So, from COVID hoaxing to election hoaxing, same people, easy jump, just as it was from climate hoax to COVID hoax.”

“I feel like we really need to do a better job of educating people in the sciences,” said Enos-Fournier.

Photo courtesy of the FDA.