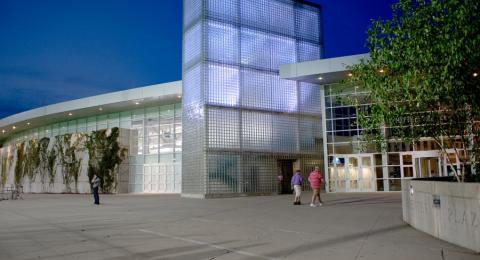 On Tuesday, University of New Hampshire (UNH) President James Dean and Athletics Director Marty Scarano announced the culmination of an extensive review of the financial health of UNH’s athletics department.

An email sent to members of the UNH community summarizes key aspects of the report, including that the athletics department with a roughly $30 million annual budget ran at a $2 million deficit in fiscal year 2020 (pre-coronavirus) and announcing many changes forthcoming to help balance the budget of UNH athletics.

This financial review of the athletics department comes as a part of a greater effort by UNH administration to work toward greater financial strength. UNH administrators began working on the project of building financial strength in fall of 2019 with help of an outside consulting firm, Huron Consulting Group. The original financial strength report released in January 2020 covering the university generally proposes potential cost saving measures that could save up $21 million in expenses. Much of this report proposes cutting or restructuring funding of different university departments to meet the standards of other benchmark universities, a similar process is used for much of the proposed cuts in Athletics funding.

Dean and Scarano highlighted that parts of the plan will be implemented over the next few years in an attempt for UNH Athletics to breakeven by 2023. The email also acknowledged that, “the committee explored the possibility of eliminating the fee but shifting the expense to the university’s operating budget is not feasible at this time.” The student athletic fee, totaling $1,075 for each student per year, had been a  discussed topic over the past year, as the student body generally has had minimal access to sports events. The email also added that the student athletic fee will not increase as long as Dean is president of the university.

The report makes several recommendations for actions in order for UNH athletics to meet its goal of breaking even by 2023. Dean and Scarano explicitly highlighted five of these options in the email as actions the university will be pursuing in the coming years. This includes several ways to raise new revenue, such as securing naming rights for Wildcat Stadium and the Whittemore Center which is estimated to raise a combined $300,000-$700,000 in additional revenue. They also propose increasing the cost and frequency of rentals for athletic venues which is estimated to raise $50,000-$100,000 annually.

Despite the different areas where UNH is looking to cut athletics spending, the report also highlights many of the key benefits of an extensive athletics department. Of these include the value that athletics brings to the campus community as well as to the alumni network across the country, a key donor base for the university to raise funds.

Dean and Scarano reiterated that there are many other proposals in the report that they continue to analyze for long-term success of the athletics department, and ultimately potentially plans of cutting teams or reducing UNH’s status from Division 1 to Division 2 or 3 have been rejected as of now.