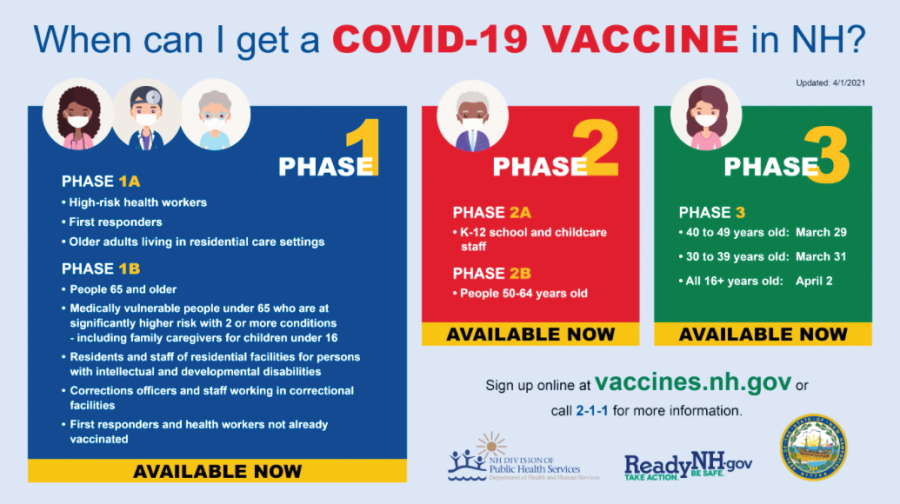 Some people have fallen victim to false claims regarding the mRNA vaccines currently being used to prevent the spread of the COVID-19 pandemic.

According to BBC news, a video was released by an osteopath named Carrie Madej, who claimed that mRNA vaccines have the ability to alter people’s DNA, however many scientists have since proven this to be untrue.

According to Gavi, the Vaccine Alliance, COVID-19 contains a spike protein, for which scientists are able to sequence its DNA. They then are able to recreate it synthetically by injecting us, through the vaccine, with an mRNA particle which acts as a messenger to tell our cells to create many of these proteins. Our immune system responds by attacking these synthetic proteins, which builds antibodies to them. The next time we encounter the real virus, our cells remember the protein attached to it, and attack it before it can infect us and make us sick.

“The central dogma for genomics is that material flows from DNA and gets transcribed into RNA and then gets translated into protein,” said Megan Enos-Fournier, professor of biomedical sciences at the University of New Hampshire (UNH). “If people are saying, well this RNA vaccine is gonna change your DNA, that’s physically and biologically impossible.” She continued, “We don’t have the enzymes to reverse transcribe that RNA back into DNA. We can’t do it.”

The RNA is simply the delivery system used to transmit the information to the cells to make the protein. It works to activate both our B cells, which create antibodies, and T cells which attack virally infected cells, Enos-Fournier explained. A lot of older vaccines only activate B cells, so this one is especially effective. Enos-Fournier also explained that RNA is very unstable on its own. “Any RNA that is not translated is going to be degraded by the body. Messenger RNA has a very short half-life,” said Juan Rojo, professor of biomedical sciences at UNH. “I think it is 3 to 5 minutes that it is going to be degraded. After that it is not going to be incorporated into our cells.”

Dr. David Itkin, Infectious Disease specialist at Portsmouth Hospital, and voted Top Doctor in Infectious Diseases by NH Magazine in 2004, 2005, 2009, and 2010 said, “This is a piece of RNA that does not go to the nucleus, it stays within the cytoplasm of the cell and basically hijacks the protein synthesis apparatus of the immune cells, so it never even actually sees the host DNA and it never gets into the nucleus.”

Many people have also feared that the vaccine may be unsafe due to it being made in such a short amount of time, according to CNET.

“If you think about the way vaccines have been delivered in the past, this is a new delivery system. But, it’s not really that new. The technology to do this has been around for decades. We just never employed it because we didn’t have the need or the funds or the willing participants, all the volunteers that would have gone into these vaccine trials to speed up this process,” said Enos-Fournier.

One of the theories regarding the vaccine is that it has led to harmful side effects or even death, according to Greenmedinfo.com. Enos-Fournier explained that there is no data to suggest that there have been deaths linked to the vaccine, and that the worst possible side effect is a serious allergic reaction which is very rare, and it is only those who have serious allergies in general, who may have a reaction. Even most people who do have allergies and use an EpiPen have received the vaccine with no allergic reactions.

The CDC also reports any cases of serious allergic reactions to VAERS, the Vaccine Adverse Event Reporting System, which collects reports of adverse reactions to the vaccine from healthcare professionals, vaccine providers and the public.

There have been some theories among the public that the COVID-19 vaccine may contain microchips which scientists and the government are using to track people, according to CNET.

“Do you have a smartphone? Because if you do, you’re already walking around with a microchip in your pocket. If somebody wants to track you down, there’s a much easier way to do it without injecting you with a microchip,” said Enos-Fournier in response to this claim. “You have to trust the science and you have to trust the scientists that understand this stuff that were not trying to track people.” There is no evidence that the vaccine contains microchips.

“Drug companies aren’t going to invest billions of dollars into producing a product that’s ultimately going to cost them money,” said Vicki Jeffers, professor of biomedical sciences at UNH. “I understand that the perception of ‘big pharma’ is that they’re just out to make money, and that’s certainly true, but ultimately, the vaccine still needs to work or it’s gonna cost them in the long run.” All N.H. residents who are students at UNH are eligible to register to receive the vaccine through one of UNH’s points of dispensing (PODs) on April 8 and 9, according to an email that was sent out Friday from Chief of Police, Paul H. Dean.

“Everybody’s struggling with COVID fatigue,” said Sherine Elsawa, professor of biomedical sciences at UNH. “Everybody’s tired of the isolation, everybody’s sick and tired of not being able to go to work, and the way to get things back to normal is to get vaccinated.”