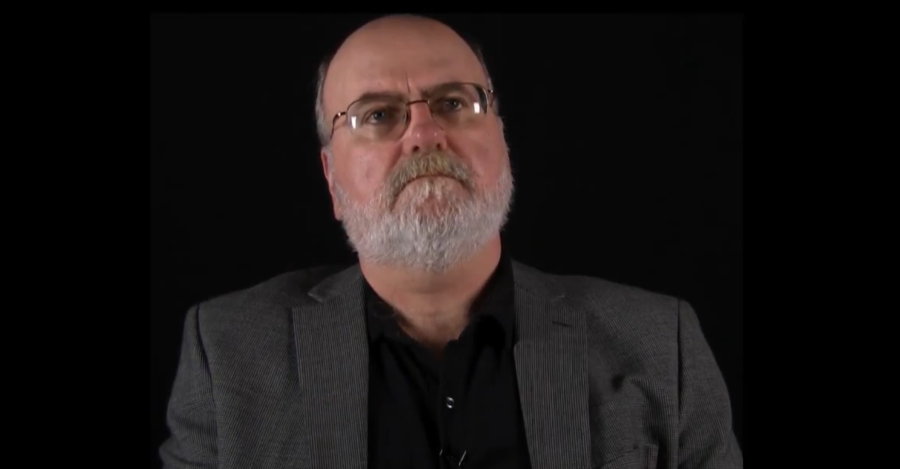 Each year, The University of New Hampshire (UNH) College of Liberal Arts awards “a truly outstanding scholar and teacher” with the Lindberg Award. Tenured professors are nominated by UNH faculty members.

The winner of the award is given a $5000 stipend along with the honor of delivering a specified lecture.

The 2021 Lindberg was awarded to Professor Lawrence Prelli from the communications department. Dean of the College of Liberal Arts, Michele Dillon, introduced Prelli and his ledger of scholarly work which spans over 45 years. Prelli became a part of the UNH staff in 1986. He is most renowned for his scholarly work which focuses on the rhetorical analysis of symbolic actions and scientific discourse which was the subject of his 1989 book published by the South Carolina Press, “A Rhetoric of Science: Inventing Scientific Discourse.” In past years, Professor Prelli won an award for Teacher Excellence at UNH.

This year’s lecture was given over Zoom with over 50 attendees. The subject Prelli delivered his lecture included his own expertise, “Civil War Memorials, Counter-Memorials, and Re-inventing Public Memories.”

As the title suggests, Prelli gave the lecture in three parts. Introducing his topic, Civil War Memorials and their interaction with the public, he called attention to three in particular: The Statue of Robert E. Lee on Monument Avenue in Viriginia, The Ulysses S. Grant Memorial on the National Mall in D.C., and The Shaw and The 54th Regiment memorial located on the Boston Common.

He went on to compare the similarity (all three memorials feature a commander on a horse) which each memorial shares and how their individualities send different rhetorical messages. The Robert E. Lee statue presents Lee in full control, the horse’s head is nodded down in submission. Meanwhile, Grant is portrayed as pensive, his horse weary, but attentive and his men surrounding him, collapsing to their unkindly fate. Lastly, Shaw’s memorial, while his mannerisms more closely resemble those of Robert E. Lee, Shaw is surrounded by the 54th regiment, the first all-black, showing the soldiers which carry his purpose.

Prelli emphasized the importance that each message these statues send when shaping the public memory. In Robert E. Lee’s, it perpetuates the myth of the “lost cause” of the confederacy. In Grant’s, his humane nature and struggle as a leader of The Union, honoring his title without elevating him above the title of humanity. And in Shaw’s, the importance the 54th regiment held.

In counter-memorials, Prelli discussed the first memorial to a black man, tennis player Arthur Ashe, erected in 1996. Additionally, he discussed the empowering image which one created of the exact replica of the Arthur Ashe Monument instead of a man with dreadlocks and Nike shoes.

He commented on how the statue of Robert E. Lee has become a massive symbol for expressing modern attitudes towards racism. While the statue has been ordained with grafiti, inscriptions, and artwork, people have also taken the time to project the words “black lives matter” during protests. These images, Prelli suggests, are more powerful in invoking change, reflection and discussion around anti-racism than the statue is, should it be removed.

Nearing the end of his presentation, Prelli spoke of the power which memorials have to remind us of the inhumanity of the past; that memorials can serve as a symbol of reflection of a history of evils and how it has brought us to our present. Specifically, he suggested the symbolic potential of reflection and acknowledgement onto a United States history, a memorial to slavery situated at the National Mall would serve.

Afterwards, the dean opened the lecture for questions which evoked a brief conversation about when these statues were erected and how that fact particularly affected the public memory. What I found intriguing was at the time of the erection of the Grant memorial, he was not remembered as the president but as the commander in the Civil War despite making remarkable accomplishments such as passing the 15th Amendment.

Overall, the Lindberg was an enlightening experience which added to my prior intellect for rhetoric and symbolism.