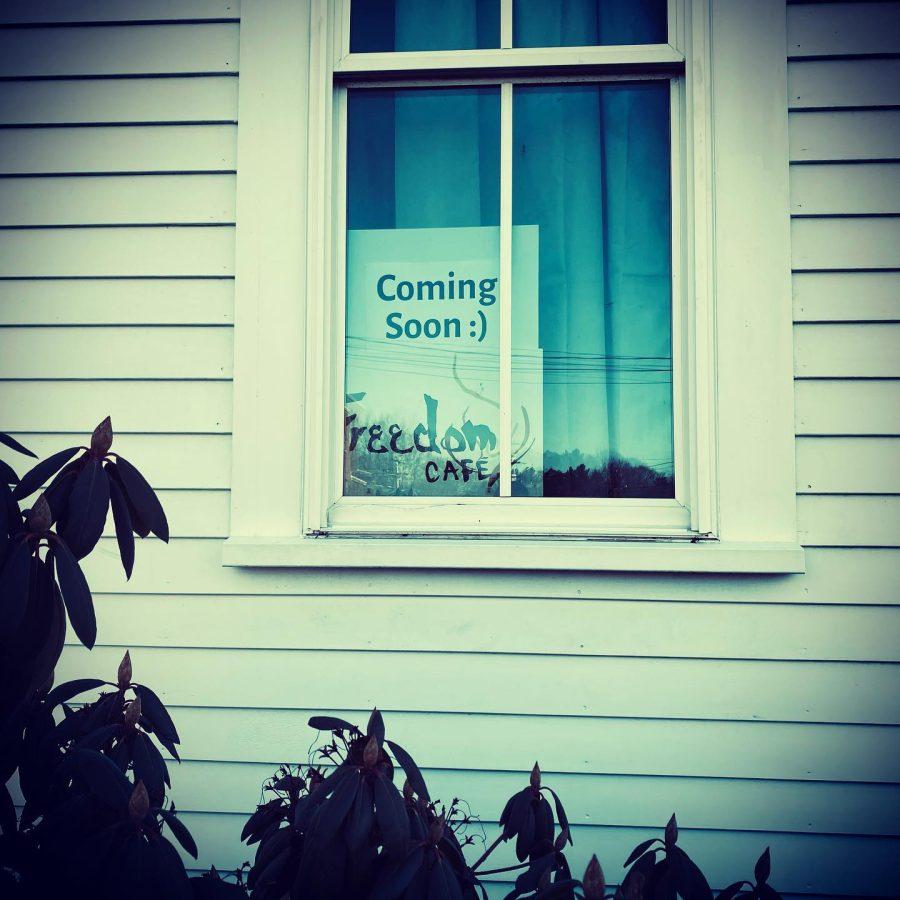 Established as a nonprofit café dedicated to ending human trafficking and the commercial exploitation of people, the Freedom Café has made a home in the basement of 10 Mill Road since 2013. However, after several years of planning, the café is officially moving to 37 Main Street later this year.

Bryan Bessette, Freedom Café president and co-founder, explained the move was the first phase in a larger community development project. The Freedom Café, partnered with the Foundation for Civic Leadership (FCL), also has long term plans to open up a location at 74 Main Street, next to the UNH & Seacoast Chabad Jewish Center. The new building will serve as a “multi-functional community space for social, civic, cultural and change-making gatherings.”

“[This will] really be a space that epitomizes what coffee shops have been throughout history. This place of revolution, insurrection, transformation. So, we’re excited to expand on that and work with dozens or more local organizations to put this space together,” said Bessette.

The Freedom Café suspects it will be another couple of years before the move to 74 Main Street with the development. In the meantime, the café plans to roll out more food options at their new location, including a more robust breakfast menu and crepes. More lunch options will also be offered after the 74 Main Street move.

One of the most important components of the Freedom Café’s mission to end human trafficking is ethical food consumption. Many café staples, such as coffee, sugar and chocolate, are also products that have the highest rates of human trafficking. For example, at least 20 countries use forced or child labor for the production of sugar, according to the U.S. Department of Labor.

Bessette explained that being intentional about ethical food sourcing not only raises people’s awareness, but paying farmers living wages can help them build their local economies. The Freedom Café has seen some of their coffee suppliers transform their small, under-resourced economies into thriving communities with youth soccer leagues because they had the resources to employ other members of their community.

“It’s exciting to know that we’re investing in that all the way through the supply chain,” said Bessette.

The Freedom Café has also invested in many other projects to help end human trafficking. Since their opening in spring 2013, the café has raised over $60,000 for their mission. In addition, they have raised funds for Brigid’s House of Hope, Child Voice and New Hampshire Human Trafficking Collaborative Task Force. The Freedom Café also helped build a clinic in Nepal that decreased the number of local women dying in childbirth by 45%. Most recently in 2019, they hosted two students from Mumbai who grew up near the red-light district to help them learn vocational skills.

Unfortunately, the Freedom Café’s 2020 fundraising for Brigid’s House of Hope was halted due to the COVID-19 pandemic. With community support, they still raised $10,000 for local food pantries and charities during the beginning of quarantine.

However, like many Durham businesses, the Freedom Café is still feeling the effects of COVID-19. The pandemic has halved the number of daily customers, according to Bessette. He explained the main reason for the decrease is the café hasn’t been able to host their usual 3 or 4 weekly events. However, he plans to continue the café’s weekly live performances, such as Perform for Freedom and a new jazz brunch, in the future.

“Things are starting to turn the corner and people are feeling more comfortable being out, so we’re optimistic,” Bessette said. “But I think the move to Main Street will bring the Freedom Café a lot more visibility and help us connect with a broader audience in the Durham community.”

Read the full press release below: 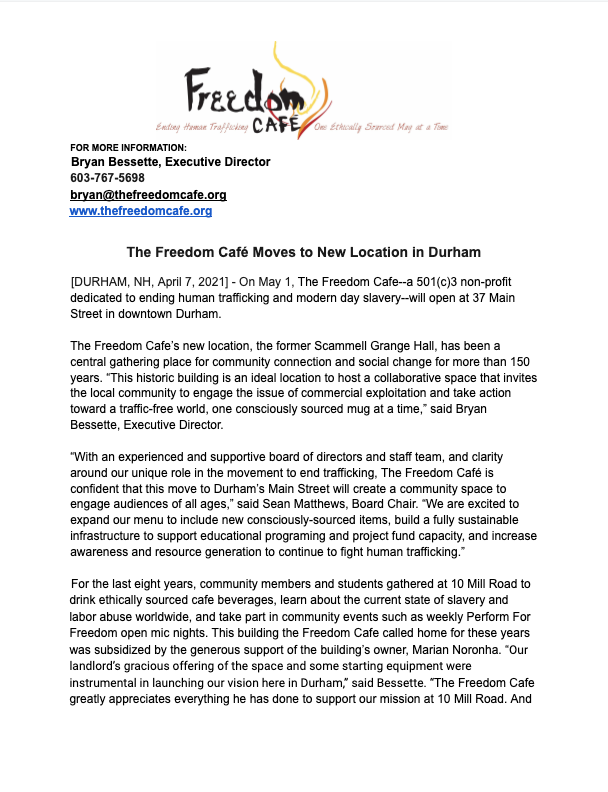 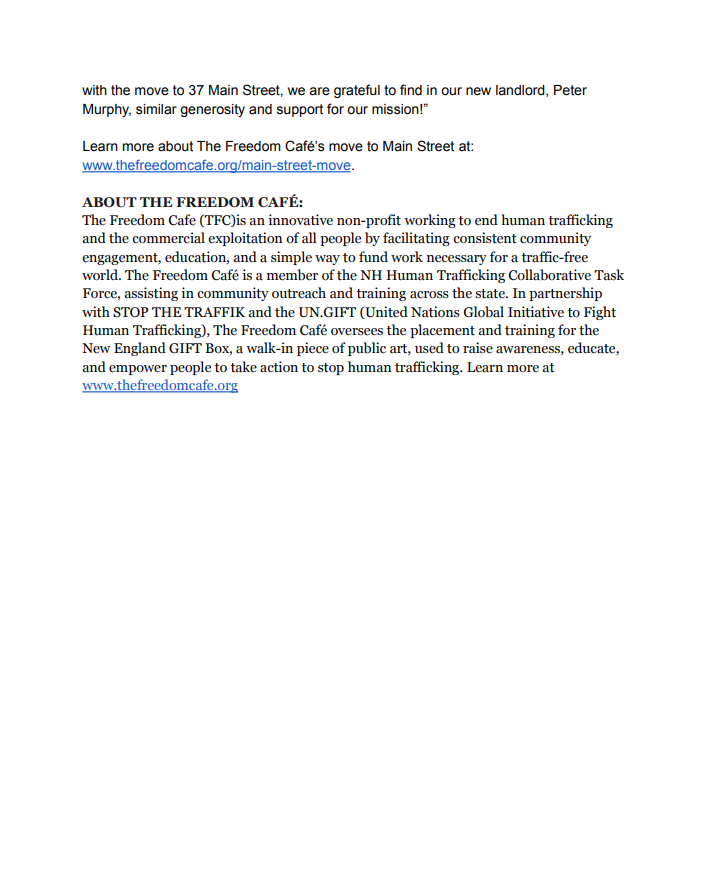