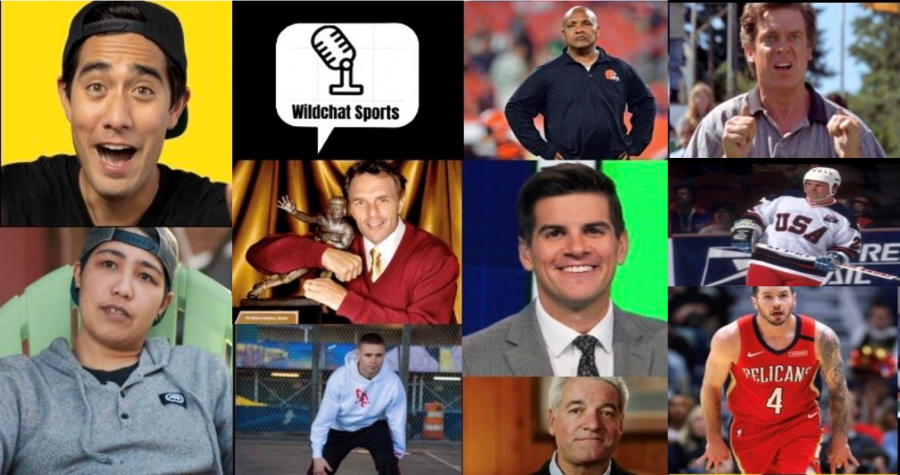 To Kevin Larney, sports is more than just a simple hobby or pastime. It’s a personal passion that most everyone can form a genuine connection with.

“I think that everyone has a small relationship with sports,” Larney said.

Before the current UNH senior made it to Durham, he worked as a tennis instructor, financial assistant, seafood clerk and an ice cream man, among other jobs to support himself and his education.

When Larney stepped foot in Durham, the eventual marketing major took his impeccable work ethic with him and wanted to do one thing: become a sports broadcaster…until he didn’t.

“I always wanted to go into broadcasting, whether it’s on TV, or just play by play, or whatever it may be, that seemed really was of interest to me,” Larney said. “That’s one of the reasons why I came to Durham. To go into sports broadcasting, that sort of realm. As I was working on it more and more, I realized it wasn’t my biggest strong suit, and wasn’t really something of interest for me, either.”

Despite the subsequent discouragement for the Massachusetts native, his main goal was to find something that he enjoyed working hard for. Fortunately, he had another plan up his sleeve.

In January of 2020, Larney launched Wildchat Sports, an online podcasting, content creation, social media marketing and e-commerce centric brand that discusses the current news in sports and pop culture. His goal was for fans to be able to have an outlet to discuss current events and issues in sports, so Wildchat Sports was born.

Larney was the sports director at UNH’s student-run radio station, WUNH (91.3 FM) prior to launching Wildchat Sports, where he oversaw and participated in multiple sports radio talk shows. Larney’s decision to name his brand Wildchat Sports was directly influenced by those reoccurring radio segments, which were coined “Wildchats.”

“I saw the radio station (at UNH) and I thought about sports radio,” Larney said. “I saw it and I said, this is so cool.”

As he found his stride at the university radio station, he realized that his Generation-Z peers flocked to social media platforms like Snapchat, Instagram, YouTube, Facebook and TikTok. A Wildchat Sports inspired light bulb went off in his head to expand the product to more than just the campus radio station. At the platform’s earliest stages, Larney just posted his radio shows with his UNH co-hosts, but it quickly expanded to athletes and stars when the university shifted to remote learning in early March of 2020.

Larney first wanted to create a Wildchat Sports blogging ecosystem throughout the UNH sports talk radio and sports media community, but soon realized that an eventual pandemic and remote learning system would put a kibosh to his plan. Soon after, he opened the Wildchat brand to anyone that had passion for the sports and content-creation worlds.

After months of interviews and queries about his platform, Larney estimates that he has over 15 contributors to his website and social media platforms, where most of them either blog, coordinate social media posts or have their own talk shows and podcasts.

“We have some people in Minneapolis, New Jersey, New York, Florida,” Larney said. “I’ve met and talked to people in California as well, so it’s crazy how far we’ve come.”

From January of 2020 to February of 2021, Larney has produced content with over 60 athletes, influencers and stars including world-class boxer Floyd Mayweather, Carole Baskin from Netflix’s “Tiger King,” and NBA sharpshooter J.J. Reddick. His podcasts range from one-minute, one-question segments to nearly hour-long interviews.

Instead of adding generic content, Larney opted to add a twist to his official Wildchat sports podcast. Instead of asking athletes the stereotypical sports-related questions, he flips the script and asks them about pop culture, while asking other stars and influencers about their sports takes.

Larney ensures that he his only method of attaining his guests is through cold emails and through their management.

“All my all the talent that I’ve had on is all through cold outreach,” Larney said. “So, none of it’s from second connections, or ‘this person knows this person.’ It is literally all just like that, what you see on the podcast, that’s the first time I’ve ever talked to them. It’s definitely strange because I want to be a podcaster and it’s tough to know what you’re going to get.”

Currently, the Wildchat Sports Instagram has 965 followers and their two TikTok accounts have over 20,000 followers combined, with over 260,000 likes and interactions.

What inspired Larney to fully commit to Wildchat Sports was his drive to work in the sports world. As a rising senior University of New Hampshire who lost an internship due to the coronavirus (COVID-19), Larney realized that if he wanted his dreams of working in the sports realm to be realized, he had to dedicate himself to the Wildchat sports brand and all the hard work and networking that came with it.

Larney is scheduled to graduate in May with the rest of his senior class as he plans to keep furthering the digital reach of Wildchat Sports. His hopes are to accelerate his brand to one of the top e-commerce and podcasting brands in the country.

“I wanted to build something that had a story behind it,” Larney said. “So, the concept was something that I always was thinking of, so I just decided to do it.” 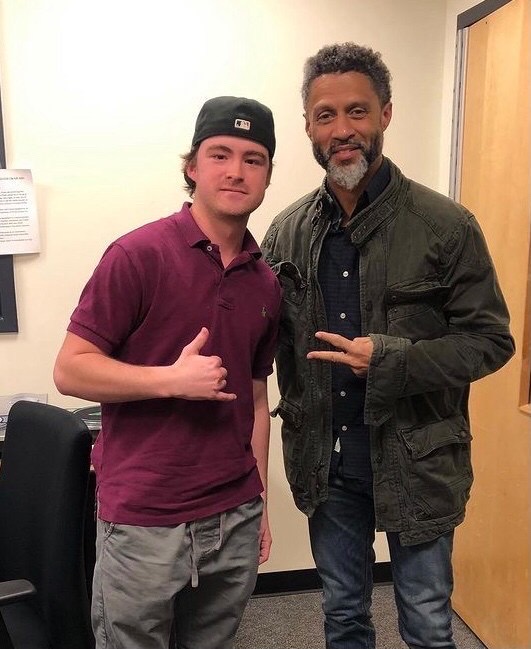