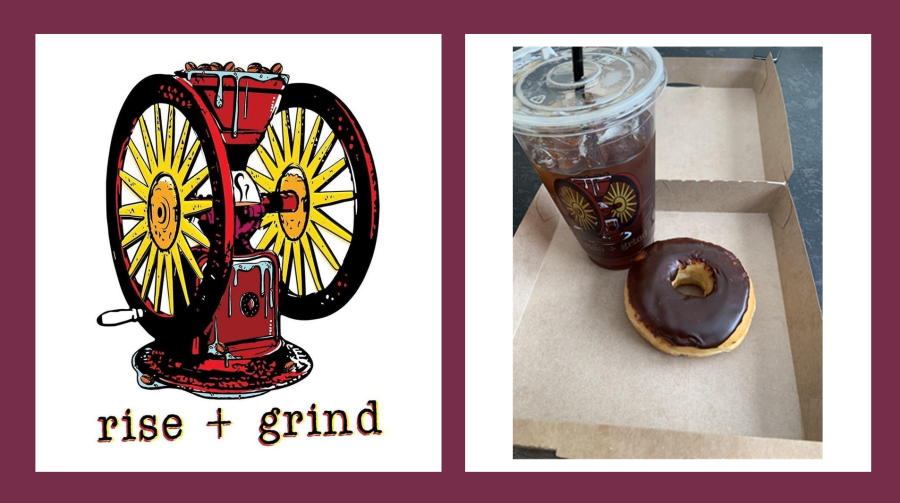 Offering a variety of local coffees, there are plenty of options to fit all kinds of unique preferences. The dark roast from Dean’s Beans in Massachusetts is perfectly strong for those who like it that way and has plenty of flavor. They also offer a light and medium roast, and a vanilla iced roast as well. Rise + grind has a plethora of house made syrups. The cinnamon roast crunch is the perfect level of sweet to balance out the dark roast, while the vanilla smoke is reminiscent of a classic vanilla cold brew – the smokiness is bold but it doesn’t overshadow the flavor of the coffee itself. Honey nutz appears to be the most coveted flavor of them all – it’s been sold out on every one of my visits so far, but I’ll get it soon, mark my words. Rise + grind is the place to go on campus for black coffee drinkers – if you like your coffee as is, you won’t regret the varieties available at the new coffee bar. 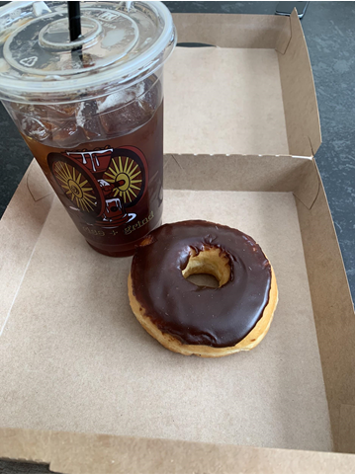 An iced black medium roast with a classic vanilla smoke flavor, accompanied by a chocolate frosted so soft and fluffy you could use it for a pillow. Saturday, February 6th, 2021.

The breakfast classics are done so well that they speak for themselves. A classic “wakey wakey,” breakfast sandwich with eggs, cheese and bakey, is the simplest item on the menu but should not to be overlooked. Paired well with a flakey and buttery croissant, the egg is perfectly cooked and the bacon crispy and full of flavor. The only problem at the end was wishing for another one.

The other side of the coin, the sausage egg and cheese was as rich as you’d expect. Throw it on a nice and freshly toasted asiago bagel and you’ve got one filling breakfast sandwich on your hands. To push it to the next level I added the chipotle bacon cream cheese, which brought even more savory goodness to the sandwich with a tasteful amount of spice. 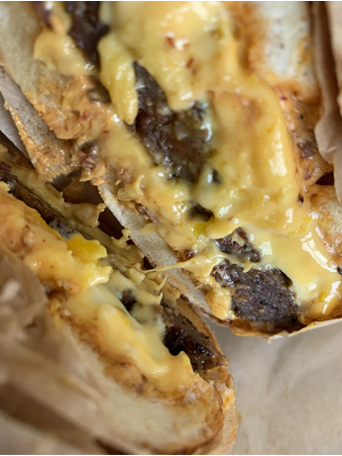 Let your imagination run wild! If it’s on the menu, you can throw it on the sandwich. The chipotle bacon cream cheese adds some great spice for those who like their eggs with hot sauce. Saturday, February 6th, 2021.

The donuts were on another level. The crispness and sweetness of the flavors were clear indicators that they were fresh. The outside of the cinnamon powdered donut and the plain chocolate donut were delightfully crisped, but the inside was soft as a freshly fluffed pillow. These are the types of donuts that keep you going back for more because they aren’t too filling. It’s a dangerous trait – but it’s the best way to do donuts. 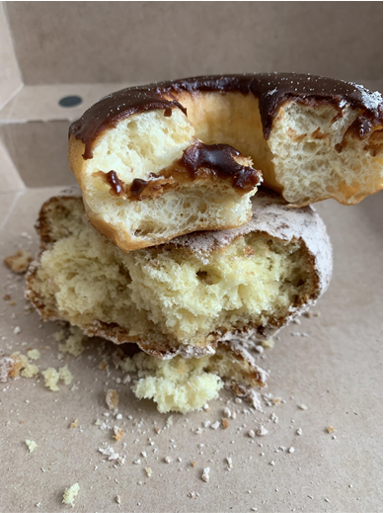 The chocolate frosted is soft as expected, but the surprise came in the delicious cake hidden under that crispy shell of the cinnamon powdered donut. Saturday, February 6th, 2021.

Rise + grind manager Dayna DiCola said they were “so excited,” to open on their target day, the first of the UNH spring semester. Since they have sold out of things in the first week “which is definitely not a bad thing,” she said, they want everyone to experience their food, so they’ll “have to adjust the amount of fresh, scratch-made products,” DiCola said.

As always Marcotte’s latest restaurant focuses on the “food experience,” it’s not just your average coffee shop or breakfast joint. Each visit from each customer is treated with the expectation of granting that experience, leaving patrons well aware that they received “the best quality coffee, food, and service.”

Rise + grind is open as early as 6 am to 3 pm daily – if you’re a coffee drinker of a fan of breakfast classics, you can’t miss it – head on down to 17 Madbury. #alwaysgrindin