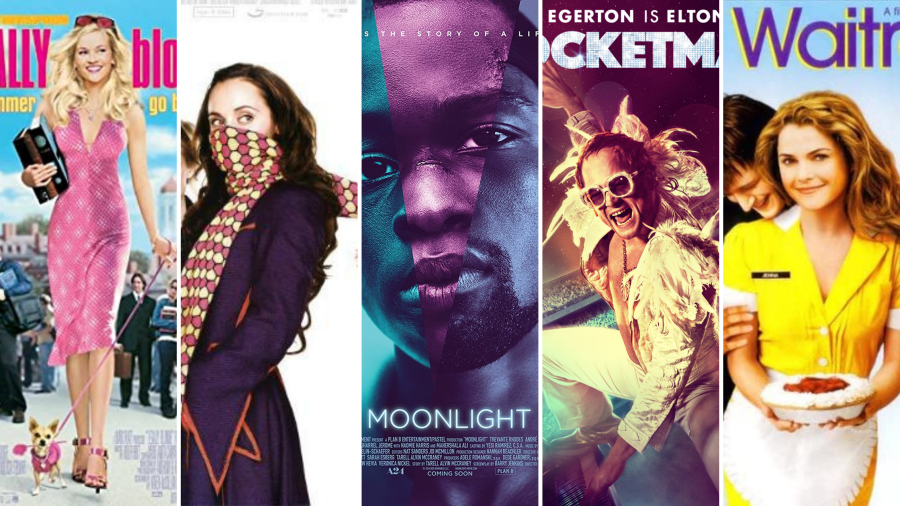 Valentine’s Day often is a mixed box of chocolates for a lot of folks. For both partnered people and single people alike, Valentine’s Day is a feel-good time despite the coldness of February. But for others, well, the holiday can be a struggle. And after almost a full year of everyone having to limit their contact with other people, the love-centric holiday may be all the more bittersweet. However, love isn’t just romantic or even solely platonic. With the stress of daily life as well as pandemic life, self-love may be more important than ever.

What is self-love? It’s as simple as learning to nurture and value yourself. You accept the parts of you that make you, well, you, while accepting growth in your life. Naturally, it’s easier said than done and not always a linear process, but through practicing self-love you can gain insight into what you need as a person and what makes you happy.

To celebrate self-love, here are five movies that embody the idea of self-love and learning to be yourself:

(Minor spoilers for the following films!)

By law (some pun intended), this film has to be on this list. While “Legally Blonde” starts off with Elle Woods, a heartbroken fashionista determined to win back her ex-boyfriend by following him across the country to Harvard Law, the movie chronicles Elle’s growth as a person. Her Harvard journey requires her to become more self-disciplined and studious as she challenges herself and the expectations of those around her and becomes more independent. With that, she learns that she can stay true to her optimistic, kind, and bubbly self while still being a successful lawyer.

One of the best qualities of “Legally Blonde” is how the movie rejects the notion that girls and women need to detach themselves from femininity to succeed and be taken seriously, and also addresses how this kind of sexism can harmfully pit women against each other. By having Elle overcome this sexism, support other women, and learn to live for herself, “Legally Blonde” manages to be both a fun and empowering movie.

“…If I’m going to be a partner in a law firm by the time I’m 30, I need a boyfriend who’s not such a complete bonehead.”

This modern fairytale movie is a somewhat forgotten little gem from the mid-2000s but remains charming nonetheless. Following the footsteps of classics stories such as Beauty and the Beast, Penelope and her family seek to break a family curse that has left Penelope with the face (well, nose and ears) of a pig. In order to break the curse, she must be loved by another of her kind, resulting in the family eager to marry her into another wealthy family. But as her suitors all seem to flee in terror of her face, including the one man she felt a true connection with, Penelope decides to venture out into the world on her own.

At times the movie can be a bit silly, but in a world of remixed and rebooted fairytales, Penelope manages to tell an original and sweet story about accepting yourself even if the world doesn’t see your inner beauty.

“It’s not the power of the curse – it’s the power you give the curse.”

The beauty of the movie “Moonlight” cannot be understated. Although there is a great deal of pain and struggles shown within this semi-autobiographical film, the sadness alongside the contrasting moments of tenderness throughout “Moonlight” exemplifies the importance of self-acceptance and the catharsis that can come with it after a lifetime of repression.

A film told in three parts, “Moonlight” follows Chiron as he comes to terms with his sexuality throughout his life, predominantly while living in Miami’s impoverished Liberty City. While much of the film calls attention to the homophobia that Black gay men face within their community, there are numerous instances of positive masculinity exemplified throughout the film. Opposite of the well-known concept of toxic masculinity, positive masculinity like the type shown in “Moonlight” centers around healthy self-expression of emotions: not being afraid to cry, to be tender with another person, to talk about feelings. Although life circumstances may cause Chiron to lose sight of the positive masculinity at times, self-love and acceptance still remain key themes in this stunningly shot film:

“At some point, you gotta decide for yourself who you gonna be. Can’t let nobody make that decision for you.”

At a glance, “Rocketman” may seem like a campy biopic. It is (wonderfully) true that there is not a shortage of musical numbers and fantastical cinematography in this movie about Elton John’s rise to stardom. Yet at its core, “Rocketman” is a story about finding happiness and self-love. Even though Elton begins pursuing his passions early on, he struggles to find happiness throughout the film from the time he’s a child to decades later while selling out stadiums. Fame and fortune aren’t the cure, and in fact, enable many of Elton’s self-destructive

behaviors. It is only through seeking help for his addictions and realizing that he doesn’t need validation from those who have hurt him that he seems to find happiness.

Check in on my very best friend

Find the wind to fill my sails

Rise above the broken rails

Unbound by any ties that break or bend”

Many people may be familiar with the musical adaptation of this movie, however, the original film is wonderful in itself. Telling the story of Jenna, a small-town waitress and talented piemaker who finds herself pregnant with her abusive husband’s baby, “Waitress” isn’t a movie that’s afraid to have its main characters be imperfect- and grow from there. Amidst the unhappiness in her life, she seeks comfort romantically and emotionally with her new male obstetrician, who happens to be married himself. However, the film is much more than a romantic dramedy. “Waitress” is about finding yourself through the people you love and learning to build yourself up even when life seems to be trying to knock you down. The resilience, tenderness, and overall charm of this movie will stick with you well past its ending, alongside its cast of vibrant characters and warm atmosphere.

“I was addicted to saying things and having them matter to someone.”