The mistake that is Coca-Cola coffee 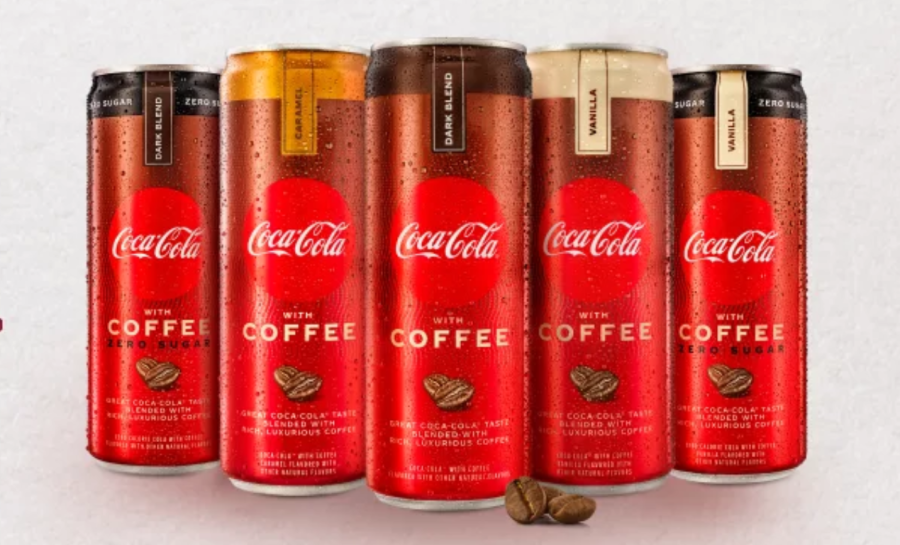 Durham, NH – It was a cold, blustery night Feb. 1. My roommates and I were out grocery shopping. As I walked the hallowed halls – well aisles – of Market Basket, my eyes were drawn to a bright orange sign that read “NEW PRODUCT.” There, perched on the third shelf, was the brand-new Coca-Cola Coffee.

As an avid drinker of coffee and a longtime indulger in the sweet elixir that is Coca-Cola, my interest was, needless to say, piqued.

“Could a combination of these two titans of the beverage industry work?”

“Will the colossus of caffeine combine with the sultan of soda to make a titan of taste?”

These thoughts and more raced through my head as I added a single can of this peculiar concoction to my shopping cart. After returning home, I placed the can in the fridge, giving it ample time to cool. At dinner that night, I couldn’t wait any longer. Despite the high caffeine content of the Coca-Coffee, I was willing to risk a late night in the name of discovery and exploration.

I cracked open the red and brown can. The familiar pop of carbonation escaping aluminum greeted me. Like all great sommeliers, I first wafted the aroma of the beverage. This was my first indication that something was off about the concoction. The odor was strong, and while Coke’s notes were there, the coffee I smelled didn’t remind me of my morning cup of joe. It was artificial and cloying.

But just as many great explorers before me had done, I knew it was my duty to press on. Just as the first humans who left Africa walked into the great unknown, just as Yuri Gagarin boldly ventured where no man had gone before when he left the Earth’s atmosphere, I too took the leap of faith required of all those who feel the lure of adventure.

As the collaboration of beans and bubbles hit my lips and then my tongue, I felt my heart drop. It was astoundingly awful. In a single sip, one is first greeted by Coke’s sweet taste, but in its wake, the taste buds are left with a cloying aftertaste that I had to assume was meant to be coffee. The taste was revolting and did not leave my mouth until I had thoroughly rinsed it down with water.

After attempting a few more sips in the name of science, I was left pondering the hubris of man. As Jeff Goldblum once said in Jurassic Park, “Your scientists were so preoccupied with whether or not they could, they didn’t stop to think if they should.”

I am left to wonder how this product, in its current state, was allowed to leave the Coca-Cola Co.’s laboratories. Was no one brave enough to speak up? Was a brave soul who spoke out against feeding this poison to the masses unjustly silenced? Does Coke have such confidence in their brand that they worried not of the stain this beverage would leave on their reputation? I will never know the answers, but I can give you a definitive one. If you were asking yourself, “Should I give that new Coke Coffee a try?” The answer is a resounding, no.