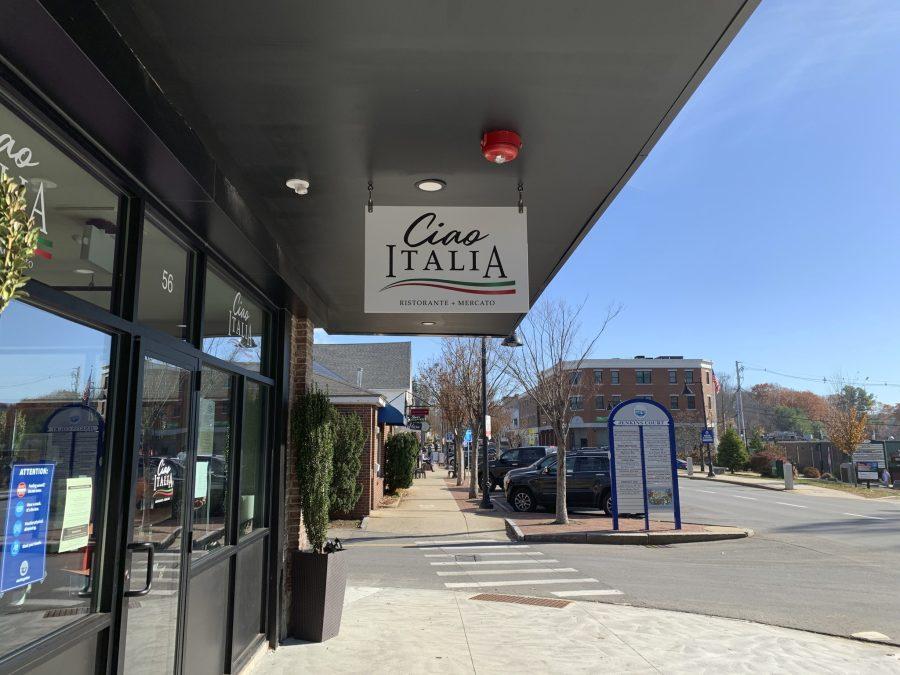 An unprecedented year is coming to a close in Durham, New Hampshire. Looking back upon the conclusion of 2020, the University of New Hampshire (UNH) college town has welcomed in new businesses and said goodbyes to some of the old.

2020 saw Durham transition into a new chapter of restaurants on Main Street. In May, the beloved breakfast restaurant Young’s announced its closure after 52 years in business. Saxby’s coffee shop, across from Madbury Commons, closed temporarily in March, and permanently closed in the fall. The nail salon, Eternal Nails next to Wildcat Pizza closed. The Candy Bar & Creamery on Main Street closed in March and announced on Facebook the closing would be permanent in April. The sister location, Lickee’s and Chewy’s Candies & Creamery is open in Dover, New Hampshire and will honor gift certificates to the Candy Bar. Amid these notable changes, the Durham Book Exchange moved to its warehouse location in Newmarket.

While Durham lost some businesses this year, the incoming ones have been well received with more to come in 2021. In June, the Knot Pub’s replacement, Ciao Italia Ristorante and Mercato, opened on Main Street. The upscale Italian restaurant offers authentic Mediterranean cuisine with recipes from well-known chef Mary Ann Esposito.

Owner Doug Clark said in a previous interview with The New Hampshire that this restaurant was the first step in a direction to “recolonize Durham village with adults.” Clark said he appreciates all the University has done for the town of Durham, “but the town was still great before the University.” With the opening of Ciao Italia and future ideas to come, Clark said more adult restaurants are the first steps to making Durham more of a “metropolis” and bringing the town more of a balance between students and local families.

The closing of Young’s was a huge loss to the Durham community. Owner of Young’s Kenny Young had worked at the restaurant since he was 11 years old, and cited his love for people as the driving force behind all those years of hard work and success. When the closing was announced over the summer, Young said he hoped his successor would continue to cater to both the local and student community.

Clark’s American Bistro, a gastropub style restaurant featuring American cuisine from seven different regions of the country, opened in October filling in the beloved space that was Young’s. As he did with Ciao Italia, Doug Clark’s new restaurant welcomed both the local population and students, as well as celebrating the town of Durham for its history with vignettes on the wall showcasing the town’s “founding fathers.”

Owners of local favorite hop + grind are opening a “coffee bar” in the former Saxby’s space. rise + grind is to be modeled after the unique retro environment that hop + grind brings. General manager Dayna DiCola said the goal is to open in January, and they have been “actively working on the coffee and food menu.” More information on rise + grind can be found on their Instragram page.

Restaurants above continue to adapt to accommodate customers during this pandemic. Clark’s American Bistro is offering breakfast and brunch, as well as special Taco Tuesdays, while Ciao Italia is now offering takeout and delivery within a five mile radius. hop + grind is offering takeout and curbside pickup as rise + grind prepares to open by the start of the UNH spring semester in February.

Durham’s Director of Economic Development, Christine Soutter, said the best way to help local businesses is with gift cards. She said “the town of Durham understands how particularly hard restaurants have been hit this year,” and that they will be purchasing gift cards from local restaurants and giving them out to town employees to show their support.

Other closures included Wildcat Fitness, which closed in March, but their personal fitness trainer is continuing to train clients one on one, according to their website.

Solsistar, a women’s clothing store, has been using a pop-up location to make room for their new store. Their last popup took place on Dec. 11, according to their Facebook.

The Durham Book Exchange has moved to their location on Main Street in Newmarket. Due to coronavirus (COVID-19) concerns, they have decided it is safest to vacate the Durham location temporarily, although they plan on returning to Durham in the future, according to their website. Students can still order books through the Book Exchange either online or by phone. Options include having books shipped to students, or in-person pick up at their Newmarket location or at Campus Convenience on Main Street in Durham.

Additional openings include Fresh Cuts by Ozzie, a new barbershop on Madbury Road. The shop is run by owner Ozzie Diaz, a licensed barber with 12 years of experience. On Thursdays, the barbershop caters to UNH students by offering a $10 haircut to those who bring in a Student ID for walk-in appointments.

Grit and Grains Bakeshop, a made-to-order bakery out of owner Nicole Tocco Cardwell’s own kitchen, opened in June. Patrons can order online and pick it up on her front porch at 92 Madbury Road.

Amy’s Frame Shop opened its own location in Jenkins Court. Previously, the Frame Shop shared a portion of Hayden Sports on Main Street.

Em & Elle, a modern boutique, opened in August on Madbury Road. They have another location in Portsmouth, New Hampshire and the Durham location is currently closed for winter break.

“We love our local merchants and want to see them get through this pandemic. The best way to show your love right now is with your wallet,” Soutter said.