How did Durham vote in the General Election? 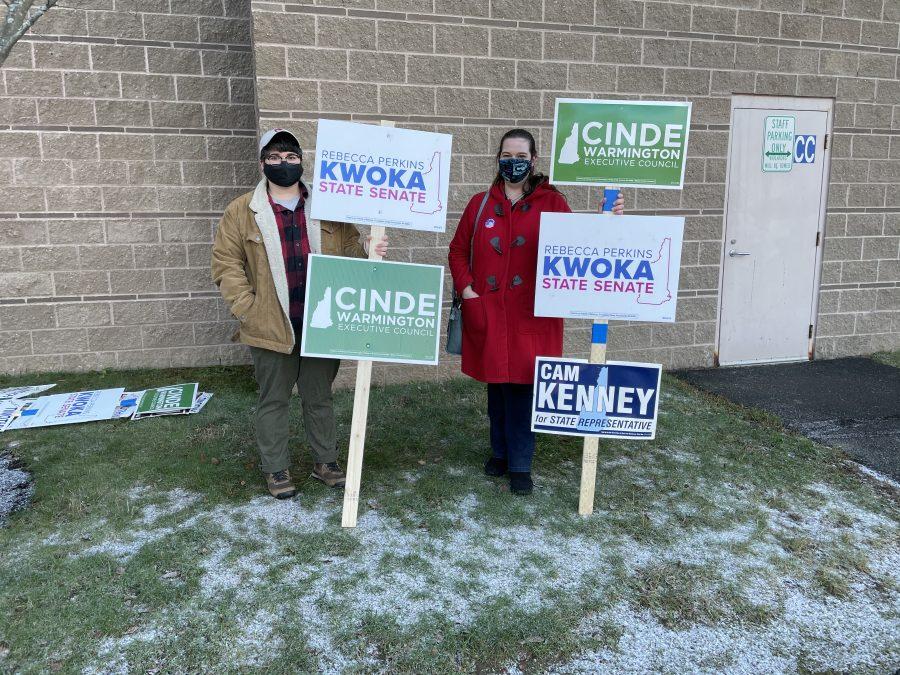 The town of Durham, N.H. reported an overwhelming sweep for the Democratic Party, with Democratic candidates winning in every position in the town, following Tuesday’s general election.

According to the Associated Press (AP) Durham’s town results are as follows: Joe Biden received 76% of the votes (5,970) against incumbent President Donald Trump’s 21.9% (1,712). The closest race was for Governor, with Dan Feltes edging out incumbent Gov. Chris Sununu at 57.8% to 40.2% respectively. Incumbent Sen. Jeanne Shaheen beat Corky Messner for the Senate position with 70% of the votes to his 20%. For the U.S. House of Representatives in District 1, incumbent Rep. Chris Pappas had 64% to Matt Mowers’ 33%. Cinde Warmington won the position of Executive Council over Jim Beard with 72% of the votes against 28%. The N.H. State Senate for District 21 went to Rebecca Perkins-Kwoka who had 73.7%, while Sue Polidura had 26.4%. For N.H. State Representatives, Durham elected all five incumbent Democratic candidates – Judith Spang, Marjorie Smith, Janet Wall, Cam Kenney and Timothy Horrigan. The Republican candidate votes received less than 6% of the total votes. Mark Brave received 5,008 votes for Strafford County Sheriff over Paul Callaghan with 1,752 votes.

While the nation awaits the final result of the presidential race, AP announced Tuesday night that Biden won N.H. 52.8% to Trump’s 45.6%. Chris Sununu won the N.H. race for Governor in contrast to Durham’s results, while Jeanne Shaheen won the Senate position and Chris Pappas won the U.S. House seat, similar to the results in Durham.

The fully Democratic result was no surprise to Dan Bristol, New Hampshire and Vermont Press Secretary for NextGen America, who said Durham is typically a blue (Democratic) area, and the presence of the University of New Hampshire (UNH) helps because college campuses are typically left leaning.

Bristol said he felt the students’ efforts to vote and encourage their peers to vote was successful in this particular election, citing “great stories,” of how organizing votes between peers helps the cause. NextGen America’s N.H. State Director captured the story to turn out the last voter in Durham, involving students contacting a friend and arriving at the polls with ten minutes to spare, in a Twitter thread.

The outlier that Bristol mentioned was the closeness of the Feltes and Sununu race in Durham (4,332 for Feltes, 3,020 for Sununu). He said it’s an example of why “you can never really predict New Hampshire,” and that the state is full of individuals willing to vote across the aisle.

Durham Town Administrator Todd Selig said that the election went very smoothly, and that pulling off an election is a big deal in Durham, especially in the midst of a pandemic.

The results aligned with his expectations, he said, because Durham and the university are typically left-leaning. Selig said Sununu’s reception in Durham was an indicator for him that he would most likely win the state, considering so many of the Democratic population in Durham decided to vote for the Republican candidate. Sununu won the election in New Hampshire 65% to 33%, with the candidates splitting votes 509,985 to 261,238, according to AP.

He said there was still a lot of good feelings and togetherness between students at the polls, but some of that was most likely dampened by the pandemic.

“Students were being smart, exercising good physical distancing practices, [at the polls],” Selig said. He also said he felt that generally students have been more responsible exercising their right to vote for this election doing more than just waking up and going to the polls on Election Day, in line with what both UNH and the town of Durham have been encouraging in the months leading up to this past Tuesday.

On the topic of waiting for the presidential result, Bristol said it’s a good sign that votes are still being counted. If they take the time, he said, it’s better than having the quick results on election night, because every vote counts.