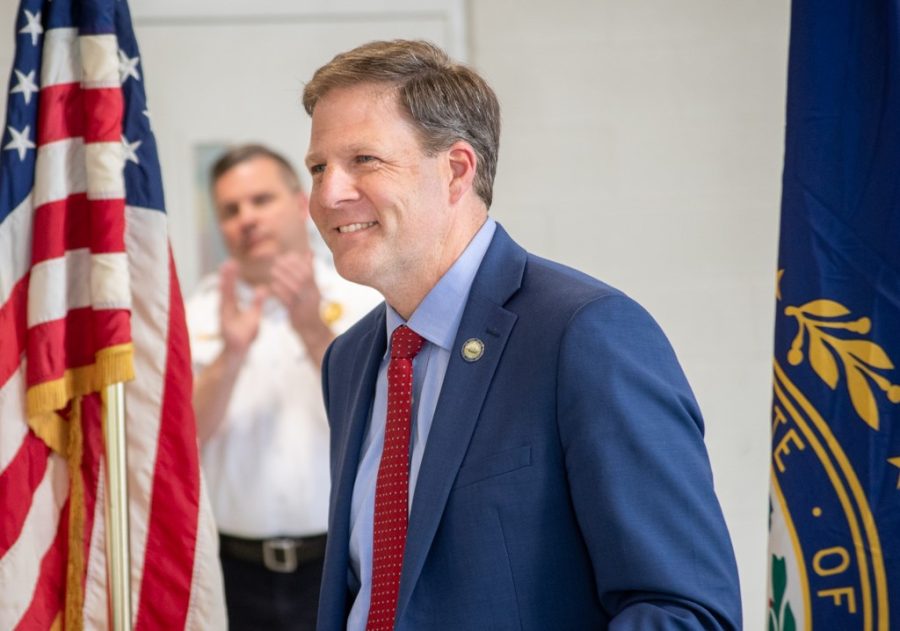 “Tomorrow, we come together as neighbors, in our communities, understanding we still have a lot of challenges ahead,” Sununu said in a statement. “But we’ve done it before. We have a model of success.”

The optimism that Sununu has delivered through the coronavirus (COVID-19) pandemic and his promise for a continuation of his administration’s success has been his main pitch to voters throughout the campaign. Sununu also put a heavy focus on Feltes’ role as state Senator, calling him the “income tax architect,” due to his sponsoring of a controversial paid family leave bill which Sununu claims would be funded through a de facto income tax.

Feltes was optimistic on Election Day, telling The New Hampshire that he “feels strong about our chances.” Feltes put a large amount of his campaign’s focus on linking Sununu with Trump and focusing on some of Sununu’s less popular positions such as opposition to raising the minimum wage, and support for additional social programs that would require an increased tax burden.

“We got to move forward to protect our basic rights. It’s time to turn the page on Trump and Sununu,” Feltes told The New Hampshire on Election Day.

On election night, Feltes turned his focus to the future, encouraging his supporters that “campaigns don’t end on Election Day, regardless of who wins. The campaigns on the issues and values we all care about, in many ways they begin after Election Day,” Feltes said in a statement. “We have to work together to move those issues and values forward for one another.”

As of early Wednesday afternoon, NHPR reported that Sununu had secured 64.9% of the vote to Feltes’ 33.7% with 88% of districts reported for a 31-point margin of victory. A large amount of Sununu’s widespread support seems to come from ticket splitting among voters who supported Joe Biden for president, Jeanne Shaheen for senate, and Chris Pappas for congress.

This is very evident among Durham voters where 78% of voters picked Biden (21% Trump), 77% voted for Shaheen (21% Messner) and 77% voted for Pappas (22% Mowers), yet 40% voted for Sununu compared to 59% for Feltes. This emphasizes just how much widespread support Sununu has gained through the pandemic, especially compared to his 2018 reelection race against Democrat Molly Kelly where Sununu won by a 7-point margin, and received 25% of votes in Durham.

Since being elected as the youngest active governor in the country in 2016 at 41, Sununu has consistently been one of the most popular governors in the country. He is currently ranked fifth in the nation with a 59% approval rating in 2020. The Sununu administration has also been consistently ranked in top five approval ratings for states handling of the coronavirus pandemic.