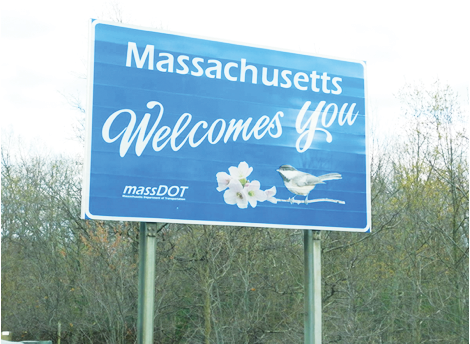 The state of Massachusetts implemented a temporary rule allowing businesses to continue to withhold income taxes from out-of-state employees who work remotely due to the coronavirus (COVID-19).

Massachusetts sought to simplify its accounting measures for businesses, impacting all out-of-state employees, including Granite Staters. New Hampshire residents who previously worked in-person in Massachusetts are continuing to have their taxes withheld by their employers.

Earlier this month, the Commonwealth Office of Administration and Finance released a revised FY21 tax revenue estimate which has seen a decrease to $27.592 billion, an 11% decrease from consensus revenue estimate of $31.159 billion in January 2020.

Traditionally, income is taxed based on where the employee works. Because of COVID-19, many employees have been forced to telecommute. States like Massachusetts have had to get creative with how they collect taxes from out of state workers.

Because of an emergency order passed on March 10, employees working from home for a Massachusetts company are subject to the 5% income tax, regardless of where they work. They are only taxed for the days they previously worked in Massachusetts.

With thousands of employees telecommuting, they will continue to be taxed only for the days they previously worked in-person in Massachusetts, according to the Communications Director of the Commonwealth Office of Administration and Finance, Patrick Marvin. This rule only serves as a continuation of previous established precedent for out-of-state workers.

Still, many Granite Staters are concerned with the legality of the order, and the precedent it may set for the future.

The legality of the order remains in question. Gov. Chris Sununu of New Hampshire recently tweeted that the State of New Hampshire will be presenting a case to the Supreme Court on the matter. Members of both parties within the New Hampshire House of Representatives have expressed discontent with the order, challenging its legality.

Rep. Timothy Horrigan (D-Durham), was disappointed with the order, concerned with the impact it would have on his constituents.

“I certainly want them [my constituents] to have more money. I couldn’t get on board [with the initial outrage] as the tone was accusatory. A lot of Republicans in New Hampshire like to say taxation is theft, which it isn’t,” said Horrigan.

Even so, Horrigan believes Massachusetts is not entirely to blame for the situation.

“Massachusetts is going to do what’s right for Massachusetts. They’ve been hit hard by the pandemic. The whole budget has a huge hole blown in it like ours,” said Horrigan.

Horrigan believes there remains no clear solution where both sides can compromise without a broad-based income tax.

Even with the legal battle between the states, approximately 492 people from Durham and Madbury commute to Massachusetts for work in some capacity according to Horrigan.

Matt Fisher, now a resident of Madbury, is an employee of Emerson College in Boston. He was forced to telecommute due to COVID-19 and purchased a house in Madbury.

Though the lack of income tax was not a factor in his move to New Hampshire, he believed it to be a benefit.

“It wasn’t the reason we moved to NH. Of course, I was frustrated. A couple thousand a year, it wasn’t enough to be bummed out about. But the lawsuit got me optimistic,” said Fisher.

Even with the current rule, Fisher remains optimistic that it won’t extend beyond 2020, as is the current law.

“It’s kind of annoying, but it won’t change our mindset. What would be frustrating is, when will they change it back,” said Fisher.

With how New Hampshire collects its taxes, Fisher feels he is disproportionately impacted by the taxes of both states.

“Because there is no New Hampshire income tax or sales tax, you make up for that with the high property tax. I lose that benefit,” said Fisher.

Another resident of New Hampshire, Eric Turcotte, expressed his frustration with the rule change to The New Hampshire. Turcotte currently works for Salesforce, a company based out of Burlington, Massachusetts.

During a normal tax season, Turcotte only pays a fraction of his taxable income to Massachusetts.

Because of the financial burden of the new tax rule, Turcotte’s company has “relocated” him to another state, where no such tax rule exists.

“I am no longer based in Burlington, I am based out of San Francisco as a remote employee in New Hampshire,” said Turcotte.

Though his company can change where he is based, companies have begun to become creative with the new influx of remote workers. With companies forgoing renting office space, many have begun to distribute cost-of-living differentials based on where a remote employee is based. Turcotte is one such employee who is impacted by this.

“There is a cost of living differential. Because Burlington is Boston Metro, they have a higher pay rate. By going full-time in New Hampshire, by corporate, I get a 10% pay cut,” said Turcotte.

For many employees, remote work has become a new reality. Many are forced to choose between higher taxes or pay cuts based on their physical location. Over 80,000 employees crossed into Massachusetts to work every single day, or 15% of all commuters, according to Gov. Chris Sununu.

It remains to be seen whether the case will be heard by the Supreme Court. Only about 100 to 150 cases are tackled by Supreme Court each year.

Even still, the rule change only serves to continue tax revenue collection as normal for Massachusetts. Many Granite Staters believe since they now work at home in New Hampshire, they are no longer subject to the Massachusetts income tax.

The rule is set to expire at the end of the end of 2020, with no plans to extend it further.