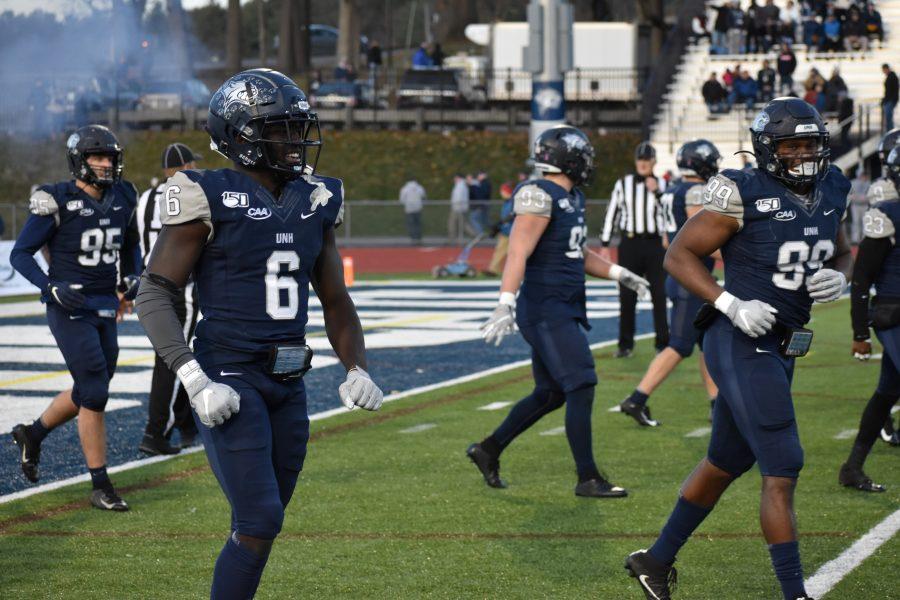 A pair of former Wildcats were each signed to professional organizations recently. Former UNH cornerback Prince Smith Jr. was signed to the practice squad to the Cleveland Browns, and Kaylan Williams – formerly of the UNH women’s soccer team – signed a contract overseas to play for WFC Ramat Hasharon in Israel.

Williams has become the fourth player from the women’s soccer program to sign a professional contract; each instance coming in the last five years. She now joins a list with Caroline Murray who played in Finland, Iceland and Sweden, along with Brooke Murphy and Kendra Prince who played in Sweden.

The former Wildcat will kick off her season on Nov. 4 when they will compete in the UEFA Champions League.

Williams explained that an agent reached out to her over the summer about the opportunity of playing overseas. She contemplated the decision for a bit after already being enrolled in graduate school at Ball State.

“I thought that school will always be an option, but this won’t. I ended up signing with the agent, the team and then was on a flight three days later to Tel Aviv,” explained Williams.

UNH women’s soccer head coach Steve Welham had nothing but kind words to say about his former player after the news of her signing.

“Kaylan certainly grew in stature throughout her career and continued to add to her game every season,” noted Welham. “This achievement is a culmination of the years of hard work and sacrifice that she put in. We are very excited to watch her develop further and take the next step in the professional game. We wish her the best of luck and great success now and in the future.”

Williams ranked second on the team in 2019 in goals with six. She also led the roster in assists and shots on goal.

Shortly after the news of Williams came through, Smith joined his third NFL team since the end of his senior season at UNH a year ago.

The Pennsylvania native signed to the Philadelphia Eagles as an undrafted free agent in April before being cut by the team in August. Smith went on to join the New York Giants through training camp but did not make the final roster. Smith is now a member of the Browns practice squad ahead of week seven of the NFL slate.

The defensive back was a four-year starter with the Wildcats and was named the CAA Rookie of the Year in 2016. Smith was third on the team in tackles a season ago with 64. He was also second on the team in interceptions with four.