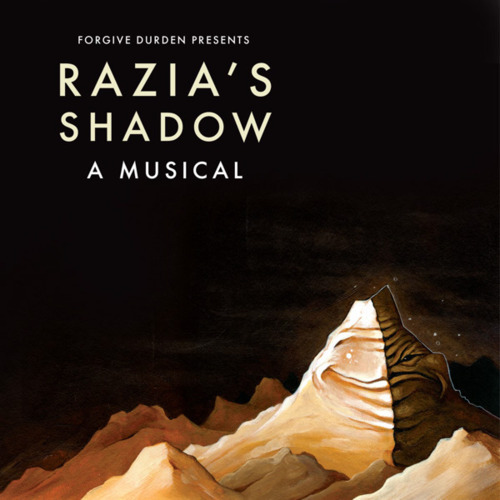 I’ll say it now, “Razia’s Shadow” was criminally underrated when it was first released and its fade into obscurity was unjust. Like clockwork, this album from 2008 finds itself back on my playlists in time for October, despite it neither being creepy nor spooky. Still, something about its swelling orchestrations and dramatic rhyming lyrics makes it encapsulate the feeling of autumn like no other for me.

“Razia’s Shadow” was created by Thomas Dutton of Forgive Durden and was co-written by his brother. Dutton’s vocals feature heavily in the main characters of Ahrima and Adakias while the rest of the cast features many alternative stars of the era, including Max Bemis of Say Anything, Aaron Weiss of mewithoutYou and Brendon Urie of Panic! at the Disco.

I wish I could say that the story was stronger, but many of the characters only appear for one song, making strange and abrupt disappearances (the most obvious is when Doctor Dumaya just disappears completely after his one song.) I still find it emotionally compelling despite these flaws, and occasionally get teary-eyed at the ending chorus years after I first heard this album. Maybe that’s just because it’s an important album to me; after all, it was where one of my senior quotes came from for my high school’s yearbook.

Photo courtesy of Fueled by Ramen.