“Among us” – A game of murderous jellybeans and heartbreak 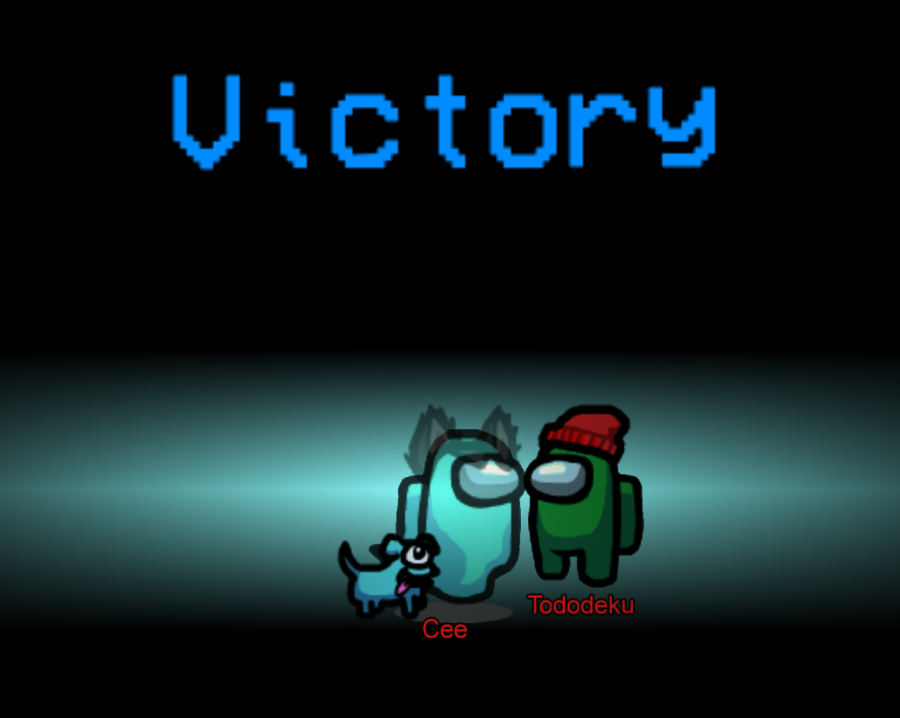 The game has begun and my friend hasn’t moved an inch. I stand beside him, waiting for him to return and making sure that no one decides to kill him. It doesn’t occur to me that the location we spawned in is low traffic, if I die here and he’s not back to witness it, it’s likely my killer will get off scot free. Still, I stand guard, hoping that at least when he returns, he’ll bear witness to my medical scan that I have ready to prove my innocence. He moves an inch and I start to lead him away from spawn. I pass him and there is no hesitation as he snaps my jellybean’s little neck. I sigh heavily into my mic and go about my tasks as a ghost, anything I can do to help the crewmates win and make it just that much harder for my murderer to claim the victory.

If you’ve been on social media at all this last month, you’ve probably been in the orbit of some number of memes related to a bunch of multicolor jellybean-like astronauts running around in a spaceship, doing chores and committing murder. That would be the chaotic sleuthing indie game “Among Us” created by InnerSloth, released in 2018 and given a second life over the summer as more and more YouTubers picked it up to play with their friends.

The premise of the game is simple. You play as an astronaut on a ship with up to nine other players and you are sorted into two roles – imposter or crewmate. You can play with your friends over voice chat through external applications like Discord or you can use the in-game text function, but no matter what, when you are in the game you are not able to communicate with others until certain points of the game. Crewmates, the majority of players, have an assortment of tasks spread across the map that they have to complete while trying to figure out who among them is responsible for all the corpses lying about. The imposters’ only task is to kill all of the crewmates, or get the number of crewmates even to the number of living imposters. Imposters have a few additional tools in their belts, such as vents to make a speedy kill or sabotages to disrupt gameplay that might lure players away from unfound bodies or trap them in rooms. Anytime an imposter kills a crewmate, a body is left behind that can be reported by any player that stumbles upon it and the murdered player gets to continue doing their tasks, this time without pesky physical limitations. When the first body is reported, the real chaos of the game takes place.

The meat of the game involves the discussion and voting periods after either an emergency meeting is called by a player or someone reports a body. This allows the players to regroup and discuss what they have been doing, if they have seen anything suspicious and figure out where people were at the time of the crime. “Among Us” is the perfect social deduction game because it has the mechanics that give both the imposter and crewmate enough to work with to defend themselves or accuse others. An observant player is rewarded with being able to confirm or deny parts of someone’s alibi while one who sticks to themself and doesn’t see anyone is punished with being both suspect and ill-informed.

And listen, it’s a funny game but it can get emotionally driven, despite your intentions. I’m not a person who gets emotional over multiplayer video games like this. I’m very good at keeping the game in the game but there is just something about waiting for someone to come watch you do a task that will prove your innocence, only for the single person who stops to watch you do it stab you through the brain with their weirdly sharp tongue because they were the imposter. Another heartbreaking moment is when there are multiple people in a room, usually watching someone scan, and the two imposters kill two innocents while everyone is running around. No one sees the killer, I am left to wait and watch in anguish while they discuss who it was and then ultimately vote to skip throwing someone out of the airlock. And that doesn’t even compare to the betrayal when someone you trusted throws you under the bus and accuses you out of nowhere, no matter if you are the imposter or a crewmate.

For all the good fun I’ve had in the 70 hours I’ve put into it already, there are some things that leave a sour taste in my mouth. The servers were absolutely horrible when I first got the game, though they’ve slowly been improving them. My friends and I would have to play on international servers to even get into the game, and that would introduce lag that wouldn’t be present otherwise. There’re still some weird bugs in place, like when you report a body but get killed at the same time, you are functionally dead despite the report having gone through and can’t communicate that you had found a body or where, which is frustrating both to the imposter and the crewmate, though it was very funny the first time it happened when a crewmate was trying to push the emergency button after seeing me venting. I lost that round only because how hard I was laughing left little doubt in others mind that I was the one behind the knife.

For $4.99 on Windows through online game sellers like Steam, “Among Us” is well worth the price for the amount of time you’ll put into it. I’ve found the game fun, even when playing with random people online, and have added some of them to a separate server so I can talk to them even when we get disconnected from the game. If you are more of a mobile gamer, it is free to you, though you will have to buy the outfits and such that come bundled in with the Steam price.