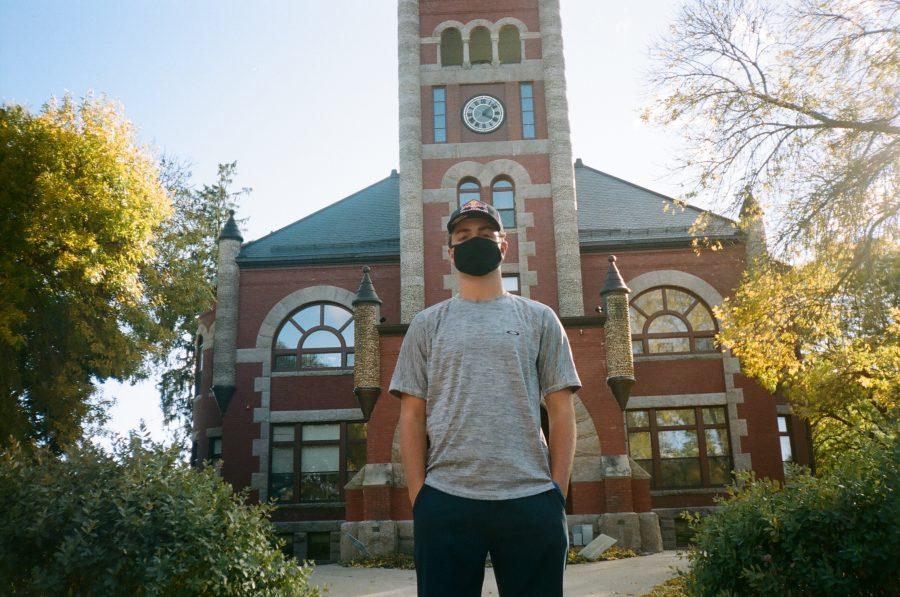 How has your life changed so far from going pro for RedBull?

Walking around in public, going out to dinner, just being out and having the logo on my head is crazy. The logo is a symbol for a lot of people in the industry and it’s a good feeling to have it as part of my everyday wear.

10 years ago, could you ever see yourself making it this far in skiing?

10 years ago, I was 7 and just starting out in freestyle skiing, so at that time I definitely had idols that I looked up to and really wanted to be a competitive skier but at the same time I had no idea what any of that meant. I was just having fun, being a little kid, going fast going off big jumps and messing around with my friends. Yes, it’s been an aspiration of mine for a long time.

What do you hope to do with your career as a professional skier?

I definitely want to keep competing for as long as I can and hopefully have a bunch of success in competition. Another desire of mine is to also get into filming, photoshoots, and a lot of big mountain skiing. I’ve always been into the big mountain cliff drops/powder skiing and I definitely want to move into that later in my career once I’m over the competition. I would like to keep competing for as long as possible.

What is your favorite spot in Durham?

Probably Hop + grind or the Juicery.

What’s the earliest story from skiing that you recall?

So I actually laughed at this one when I read it. My family and I used to have a house at Sunday River and when I was just getting started before I was focused on freestyle skiing, I was in the kids camp little kids program. I guess you just go out with an instructor and group kids your age. We were skiing down this trail at Sunday River that had a bunch of jumps off to the side and big cliffs. These cliff drops and jumps off to the side seemed big at that age but they weren’t actually that big. I remember my instructor saying specifically to me and I think this other kid “Don’t go off the cliff’s drops, don’t go off them, don’t go off them.” So we were going down that run slowly to stay behind him so that he wouldn’t see us go up and over them. The instructor probably got really suspicious because me and that other kid were always way ahead of everybody going really fast. Then we went off the cliff drops and he came down and got super mad at us. That was probably when I was like 5 or 6 years old, then he told my parents at the end of the day and my parents were just like, “So what did he do wrong?” “So why are you mad at him again?”

What’s your greatest memory from skiing ever?

This one I thought about a little bit and I think that would have to be this year I qualified for the youth Olympics in Switzerland, which overall, that experience all together was probably one of the coolest things that I’ve ever done. To get third place in the slopestyle event at that competition was one of my greatest memories from skiing.