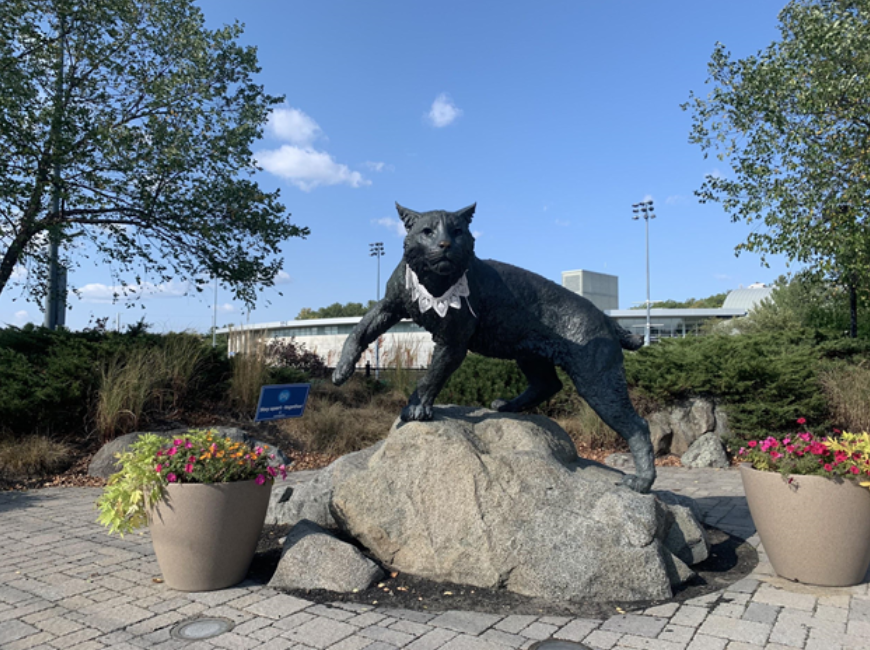 Photo courtesy of the University of New Hampshire

Supreme Court Justice Ruth Bader Ginsburg passed away on Friday Sept. 18 from metastatic pancreatic cancer complications. Throughout her career she fought for the rights of women, the disabled, the LGBTQ community, and undocumented people. In the 1970s Ginsburg became involved with the American Civil Liberties Union (ACLU) where they founded the Women’s Rights Project.

President Donald Trump announced on Saturday that his Supreme Court nominee is Amy Coney Barrett, who, according to the Associated Press and Barrett’s past decisions on the 7th Circuit Court of Appeals has many opposing views from Ginsburg including gun rights and reproductive freedom.

University of New Hampshire political science professor Susan Siggelakis does not believe the death of Ginsburg will affect the election. “I think the Trump supporters will vote for Trump and the extreme left (if they vote at all), Never Trumpers and average democrats (especially women) will still vote for Biden,” she said. “For example, when the Senate refused to hold hearings for Obama nominee Merrick Garland, this incident was not even mentioned in the Supreme Court and judicial nominations to lower federal courts have little salience for the average voter.”

“Most people cannot name even one justice on the court, one legal opinion or even how many people are on the Court,” Siggelakis continued. “Even those lamenting Ginsburg’s death have little to no knowledge about any of her legal work before joining the Court or her opinions in the various areas of the law while she was on the D.C.  Court of Appeals or on the US Supreme Court itself.”

Siggelakis said she doesn’t believe that Trump’s nominee can overturn Roe v. Wade. She said many settled precedents are better off left alone, even if justices disagree with how they were decided. Siggelakis also pointed out that some states have statutes in place that would protect abortion rights in those specific states in the situation—“not likely,” she said—that Roe v. Wade was overturned.

When asked if she believes if Ginsburg’s spot will be filled before the election, Siggelakis said she believes it will because of the amount of support Trump will have from the Senate, especially because it is a female nominee. She said, “All he needs is 51 out of 100, since the filibuster has been done away with, first, by the Democrats for the lower courts under Obama, and the Republicans for the Supreme Court, and the Vice President can actually cast a tie breaker.”

“It is normal for a president to want to use every power that is constitutionally vested in him and to try and increase his powers,” Siggelakis said in regards to Trump’s eagerness to fill Ginsburg’s spot.

“Every president since George Washington has done that.  Even RBG once said, ‘The president is the president for four years, not three and a half.’ As Hamilton said in The Federalist Papers, ‘What you want in a Chief Executive is energy and efficiency.’  FDR threatened—and had bills drafted—to increase the size of the Court when it kept striking down acts of the democratic congress in the New Deal.  The reason he didn’t do it was mainly that he didn’t have to in the end; one justice switched his vote so that the legislation began to survive, and soon other justices retired or died.  Then he could replace them with justices who were more likely to support his vision of national governmental power over the economy.”

Ginsburg’s death has been felt on the UNH campus as well. The university shared a picture on Instagram on Sept. 20 of the wildcat with a jabot around its neck, which RBG often wore, with the caption, “Our community mourns the loss of Justice Ruth Bader Ginsburg, who fought for the equal rights of women.” The post also included an iconic quote from Ginsburg: “Women belong in all places where decisions are being made. It shouldn’t be that women are the exception.”