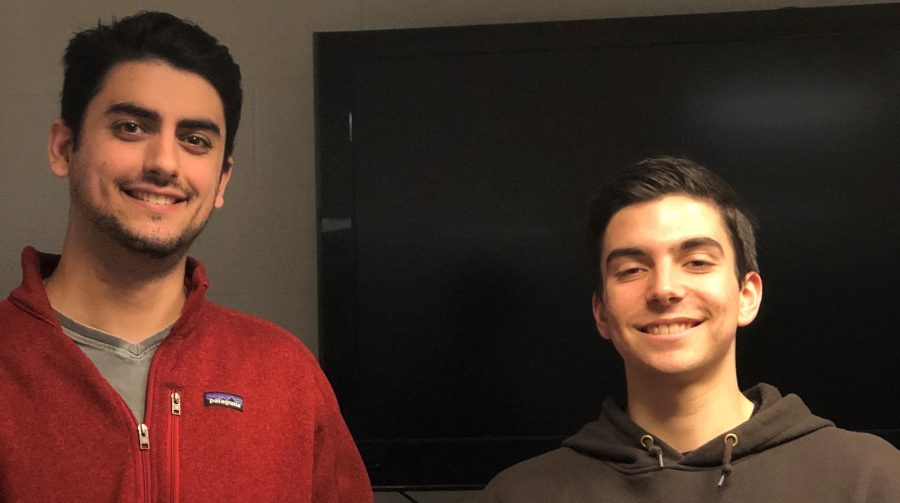 It took some time for me to find my footing at UNH. I began as a business major, unsure of what I wanted to focus on within the major.

Unsure of how to capitalize on my reawakening, I lucked out after a friendly game of pool with my dear friend Bret Belden. Bret was one of the first people I met at UNH as we played together on the club volleyball team. Soon enough we formed a bond over sports and would talk before and after practice about anything in the sporting world. During the now infamous pool game, I ranted to Bret about how I wanted to do sports writing, but I didn’t know where to start. Little did I know I was talking to the Executive Editor of The New Hampshire.

I made it clear I was passionate about the craft and would do anything to get in the game. I applied for sports editor, and here I am two years later writing my senior farewell.

The last two years were a pleasure. It’s hard to pin down memories from the newsroom since I spent so much time in that windowless box in the MUB. Yet, the friendships I made will last a lifetime.

The beauty of the sports editor position is that I got the chance to work directly next to another person with the same passion as me. Mike and Josh were remarkable colleagues regardless of the whacky arguments about Semi Ojeleye’s importance to the Celtics and how the David Price was actually an amazing signing for the Red Sox.

Production nights were always eventful, whether it be a running joke about shellfish or hopping around from desk to desk doing cubicle chats, they’re now just cherished memories.

We formed a lot of camaraderie in the newsroom. I made a lot of friends that I didn’t anticipate when I first got the job. It’s too hard to name everyone, but let it be said that I thoroughly enjoyed my time working with everyone who stepped foot in the newsroom. Working at TNH made me happy. Genuinely. Everyone I worked with, I appreciate and treasure the time we spent together. Hopefully our paths cross again soon as we enter the whacky world of journalism.