Mad about books: ‘The Girl with the Louding Voice’ by Abi Daré 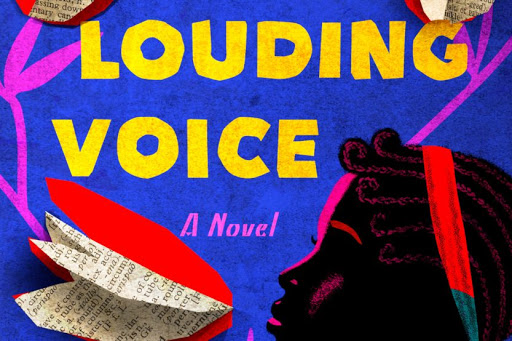 Adunni is a 14-year-old Nigerian girl who wants nothing more than an education. Her mother once told her that getting an education can give her a “louding voice,” or the ability to speak up for herself and make herself heard. According to the author, Abi Daré, in an interview with Penguin Random House, she describes a “louding voice” as “a refusal to be silenced by society… the desire to go for everything good and everything positive that can come her way.”

Even after Adunni is taken out of school, she finds ways to further her education. With her mother unable to protect her anymore, Adunni’s father sells her to an old man in the village to be his third wife. His two other wives have only given him daughters but he wants a son, something Adunni is expected to give him. Even here, she tries to learn from her two other sister-wives, but she often finds herself scienced by an abusive first wife and an uncaring husband.

When something tragic happens to her only safety net in the house, Adunni runs away from her husband and finds herself in an unfamiliar city working for a wealthy couple who go by Big Madam and Big Daddy. While she is at this house she suffers different kinds of abuse, mostly from Big Madam but also from Big Daddy. Not only that, but everyone in the house seems to be talking about the girl who came before her, Rebecca, who suddenly disappeared. In this house, she also meets Ms. Tia, Big Madam’s neighbor, who might help Adunni leave the abusive household.

The book is written in broken English, making Adunni much more real to the reader. Although it can be a little hard to read at first, it makes much more sense for the story to be written in broken English than perfect English when reading Adunni’s thoughts and feelings, and we also get to see the progression of her English as the story moves. One of my favorite quotes illustrates this: “Everybody in the whole world be speaking different. Big Madam, Ms. Tia, Kofi, Abu, even me, Adunni. We all be speaking different because we all are having different growing-up life, but we can all be understanding each other if we just take the time to listen well.”

Some of the chapters, especially in the latter half of the book, started with facts about Nigeria—from slavery to the economy to the film industry as well as general statistics about the country. For those of us that have never been to Nigeria, this gives helpful information about the country and how Adunni ended up in her position, while also flawlessly tying everything into Adunni’s story. No matter her circumstances, Adunni is able to make connections with and utilize those who are willing to help her with whatever she needs, allowing her to not feel alone on the worst of days.

I would say this is a coming of age story, but a different kind of coming of age story. Her story is pushed through her father, her husband and her Madam, but all throughout she still tries to find her voice to stand up for a situation she knows is dangerous—not only for her but for all girls like her. Adunni represents some of the issues within Nigeria today—slavery, child marriage, dowry, the vast differences between the rich and the poor and many others. The book is set around 2013-2015, and sometimes it was jarring to see the characters talking about Obama, solar panels or cellphones because the reader wants to believe that this doesn’t happen anymore and that slave labor, child marriage and other issues have been left in the past. Adunni seems to say to the reader, “I’m not the only one; this is not unusual.”

I personally like endings that are open-ended or bittersweet but it seems like the author wanted to tie everything up in a neat bow and give Adunni a satisfying ending. Usually, I’m not into sentimental endings but I couldn’t see any different ending for the story. My one complaint is that Big Madam at the end seemed completely out of character which was confusing and took me out of the book to think, “Why is she telling Adunni this? Are they close now? What is happening?” But for one complaint out of 384 pages, I think I can overlook it.

This is a great book for those who like realistic fiction, need something uplifting or want to try something new.