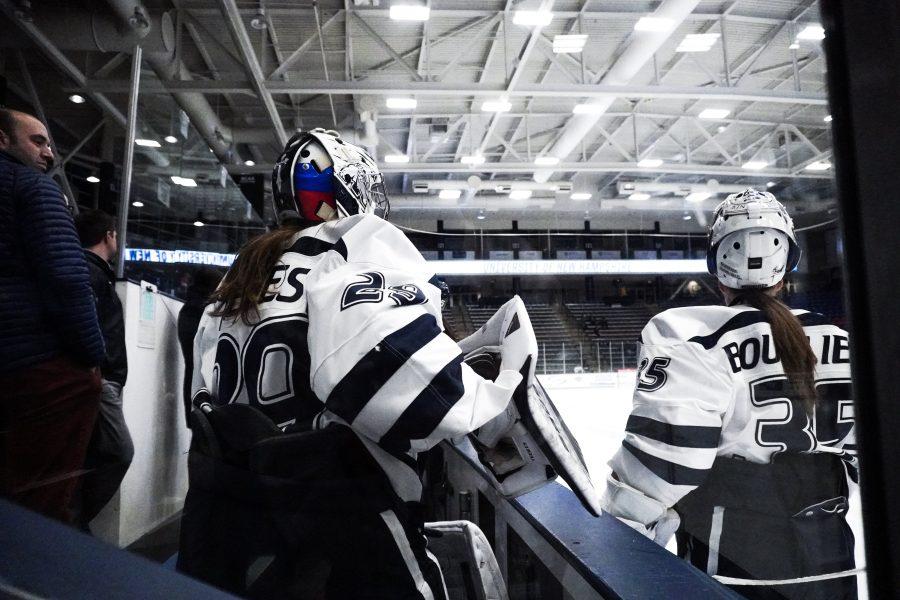 The women’s hockey 2019-2020 season could be chalked up as a success as they advanced to the Hockey East Semifinals for the first time in a decade. They posted a winning record for the overall season and were a .500 team against other Hockey East teams. The Wildcats were only eighth in the conference in goals for with 83 (Providence and Vermont tied for sixth with 85 while Merrimack held ninth with 57) but only three teams allowed more goals against. There were many players who helped contribute to the team’s success this year but probably the biggest factor was sophomore goalie Ava Boutilier despite missing 10 games due to injury.

Her record for the season was 13-10-2 but her in game performances is what made her stand out. Over the course of the season, including playoffs, she faced 763 shots on goal and only allowed 46 for a save percent of .940, good for third highest in Hockey East. Her goals against average was a very low 1.80 which was fourth best in the division. She was one of only four goalies with at least 1,000 minutes played who allowed under 50 goals all season.

Boutilier posted five shutouts throughout the season and had a save percentage of at least .900 in 20 of her 27 appearances this season. She only allowed three or more goals in seven games and was called on to make 30 or more saves in 10 games.

While it has nothing to do with how solid Boutilier was in net for the Wildcats, all three goalies on the Wildcats roster registered an assist and Boutilier was given credit for two. This made her the first UNH goalie in 20 years to have a multi-point season.

Her performance in net on the majority of nights gave the Wildcats the chance to win games or at the very least keep it a close game, like a 35 save effort in a 1-0 loss to Northeastern, the eventual conference champions who dominated the season. Boutilier was even relied on to steal a few games like the 4-1 win at Harvard where she had to turn away 45 shots.

The Hockey East recognized Boutilier four times for her great play in net, granting her = Defender of the Week on four different occasions, Goalie of the Month in February along with being named NCAA Second Star of the Week the same week she won goalie of the month. That came after her stellar performance in the playoff series against Providence, when she rose to the occasion stopping 58 of the 60 shots that came her way, blanking them in game two.

Although the Wildcats are losing a lot of offensive power with senior forwards Meghara McManus, Carlee Turner and Taylor Wenczkowski graduating, they did get very solid rookie seasons from forwards Jada Christian and Tamara Thierus, who found chemistry on the wings of center Lauren Martin. Next season the Wildcats will continue to be backstopped by three solid goalies with Ava Boutilier looking to pick up right where she left off.