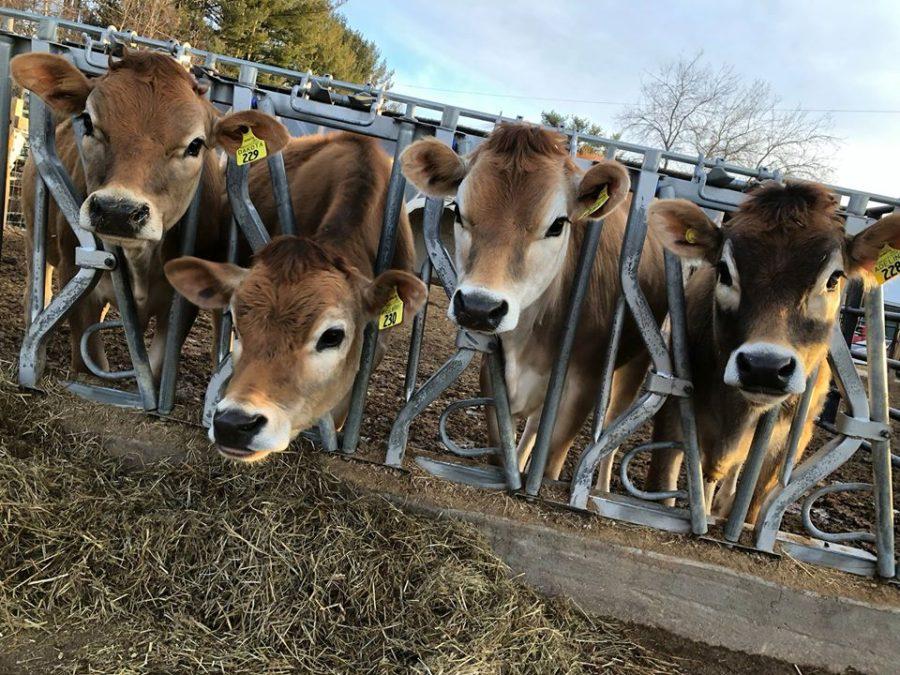 At UNH’s Organic Dairy Research Farm, the boundaries of modern, organic agriculture are being pushed yet again.

The Organic Dairy Research Farm is the University of New Hampshire’s (UNH) dairy research facility and is the first of its kind on a land-grant university. Seven miles from Durham, in Lee, its 275 acres are home to 100 Jersey cows who produce an average of 43 gallons of milk daily.

In the past year, a change in the diet of a few of those cows was implemented. In a study led in part by Dr. Andre Brito (whose full study can be found at colsa.unh.edu), eight cows have been chosen to participate in a study on the effects of a seaweed species, Ascophyllum nodosum, commonly found in northern Atlantic waters, on dairy cow production and milk safety.

The purpose of the experiments is both to test the viability of algae as a food source in terms of milk production and milk iodine levels. Green algae is known by scientists to attract iodine, and in a 2015 study at the dairy research farm, it was found at near dangerous levels in the milk of cows experimented on. In the 2019 study, however, it was not found at dangerous levels, a change attributed to goitrogens and other compounds added to the diet.

The study, too, was not permanent, and was not a full dietary shift in any sense. Ryan Courtright, the manager of the Organic Dairy Farm, said that a full implementation is “just a possibility” and that, at this point, it is “just research… looking to see the benefits of what will go on.”

Possible benefits of the food source are lower methane emissions from cows fed partial seaweed diets, a beneficial change when considering the impending risks of climate change. The seaweed, sustainably harvested, could present a new and efficient way of feeding cows. This could be helpful in an industry that is often blamed for much of the country’s climate emissions.

Methane and emissions are not the focal point of the research, however, and in the recent experiment’s conclusion the most important finding is a milk harvest safe for consumption, without an adverse effect on milk yield, concentration, or cow health. The cows were happy and productive with a new and sustainable seafood diet.

The risk of the diet on cow’s health was tested in an earlier study at the University of Vermont, which found that on a device meant to simulate a cow’s digestive system, that the seaweed did no harm. For a landlocked animal, that is a good sign.

While the 2019 test was a success in that it proved a viability of seaweed as a safe food source for dairy cows, it was not a definitive showing that the diet should be put into use on a larger scale. The study ended with a statement that “further research is warranted,” and that farmers should use their discretion concerning cost efficiency. Some of that testing is continuing in Lee, and UNH remains on the forefront of these developments.