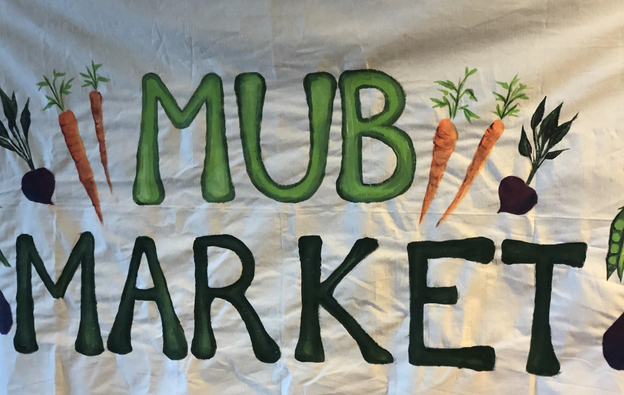 With little snow and unusually warm temperatures for February, New Hampshire has experienced an odd streak of winter weather the last few months. The MUB Market, hosted by Slow Food at the University of New Hampshire (UNH) and held every other Thursday in the Granite State Room in the Memorial Union Building (MUB), has felt the effects of this weather firsthand; with numerous delays, the winter farmers’ market held a turnout of only 10 to 11 vendors last Thursday, Feb. 27. Nonetheless, the market must go on.

Cindy Marshall, the MUB’s market manager, explained that pulling in multiple vendors from the Seacoast and Lakes Region – as well as out of state – can be a grueling task. However, this does not stop Slow Food in its aggressive push to increase the number of vendors in attendance for students.

“We know a lot of people from word of mouth,” Marshall said. “We also like to go to farmers’ markets and we scout for vendors which is fun.”

“The MUB Market began as a senior project,” she said. “Three years ago, someone began the idea as their senior project, and then it kind of caught on and Slow Food took it over.”

According to Marshall, the number of vendors should be back up to “17 to 20” once the weather clears up.

Since its inception, the MUB Market has continued to grow, seeing numerous new vendors, and a greater number of students in attendance.

“It’s been growing ever since and it’s great,” she said.

Regardless of the actual number of vendors, students still attend the biweekly event.

“We have on average about 300 students and 100 non-students for every market we hold,” Marshall said.

There has also been a jump in the number of student organizations in attendance.

This was SEAC’s first MUB Market, aiming to spread awareness of their numerous projects, such as their composting efforts at the Gables and their goal to create a plastic bag ban on campus. For those interested, they meet from 6 to 7 p.m. on Tuesdays in the MUB.

“We wanted to get our organization out there,” Adame said. “We believed it would be a great way to support sustainability and advertise.”

Student organizations in attendance were not the only groups fighting for a cause dear to them. The Freedom Cafe, a Durham cafe on Mill Road, attended and served coffee and pastries to students.

Sophomore physics major Cole Hartnett was representing The Freedom Cafe at the MUB Market. The local non-profit coffee shop’s aim is to spread awareness on – and to ultimately end – human trafficking.

“We have all ethically sourced goods, drinks and foods,” Hartnett said. “Everything we serve is fair-trade, meaning that the people in whatever country it comes from who helped make it and farm it, they all get a fair portion and pay of the good.”

A major focus on the MUB Market is not only to promote ethically sourced goods but to also keep goods relatively local.

“We know our roasters personally,” Hartnett said about the Freedom Cafe’s coffee. “Much of our coffee comes from Flight Coffee Roasters right in Dover.”

The Freedom Cafe has attended the MUB Market numerous times in the past. However, despite the shortage of vendors, there were quite a few newcomers, diversifying the array of options for local products.

Kim Perkins, the owner of August Block Farm in North Hampton, represented her business by selling dip and seasoning packets, chili starters and spices. This was Perkin’s first year attending the MUB Market.

August Block Farm began as Perkins and her children were attempting to replicate a recipe they had tried from a craft fair in Maine. Their business then grew from there, creating numerous new dips to try.

Perkin’s had an array of dips out to sample, all of which were received positively from students and vendors.

This semester, the MUB Market takes place in the Granite State Room every other Thursday, with the next taking place on Thursday, March 12 from 11 a.m. to 3 p.m. The Waysmeet Center generally hosts a MUB Market dinner following the event at 6 p.m.

Slow Food can be reached at [email protected] for further inquiries. Slow Food meets in the MUB Entertainment Center from 6 p.m. to 7 p.m. on Wednesdays. 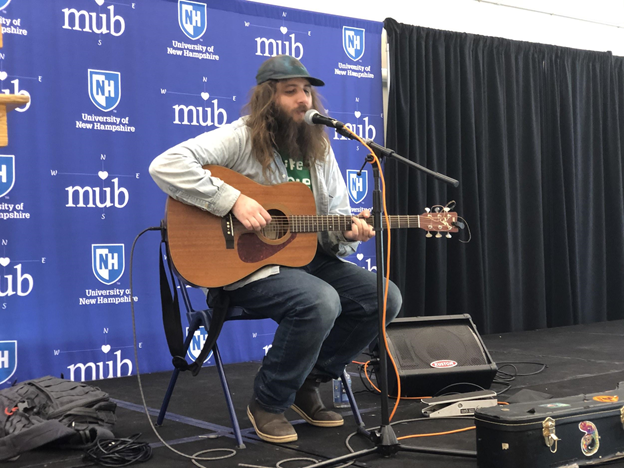 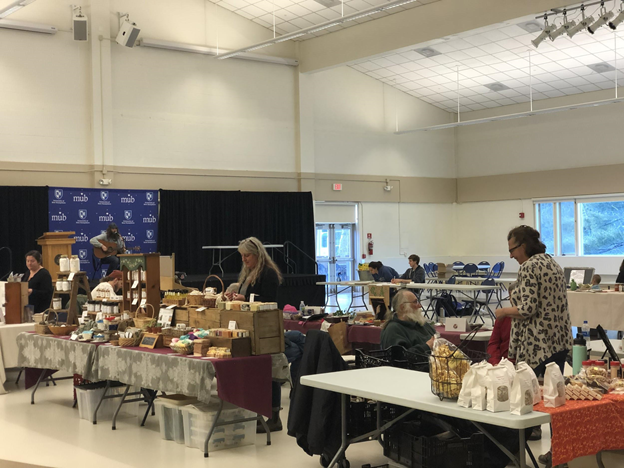