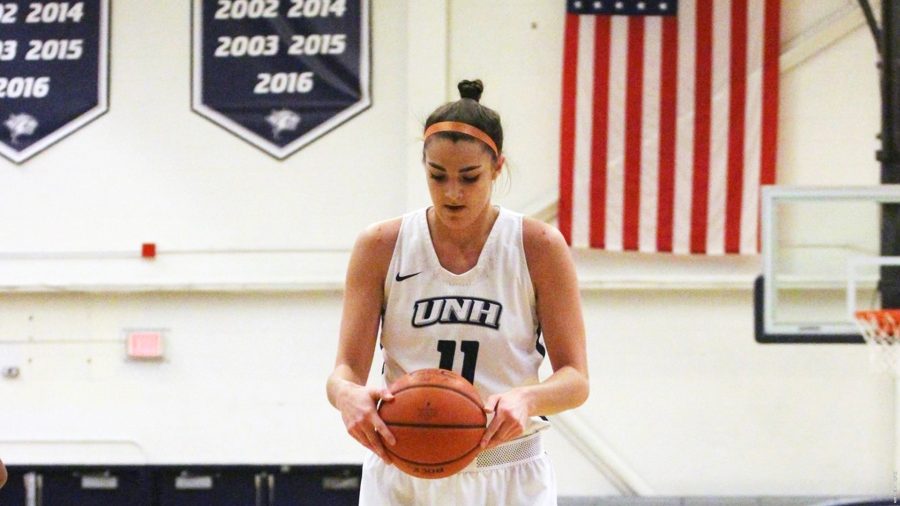 In UNH’s most important game of the season, the Wildcats came up short.

This past Wednesday night, UNH travelled to Binghamton for their second straight game, and both ended in the same result: a heart-breaking loss.

The most recent matchup happened to be in the first round of the America East Tournament, and the game finished with a final score of 51-42.

UNH had a promising start to the first quarter, as they went on a 6-0 run after Bearcat sophomore forward Annie Ramil converted on the first basket of the game.

The Wildcats would ride this momentum for the rest of the quarter and five different players were able to get their name on the scoresheet, leading them to a 13-11 advantage.

With 7:57 remaining in the first half, Binghamton junior forward Olivia Ramil notched the score at 15 apiece. Following this moment, the two teams traded baskets on five consecutive possessions. Both senior guard Caroline Soucy and junior guard Amanda Torres led the ‘Cats on this run.

Soucy hit a jumper before the media timeout with 2:10 left to play in the second quarter, and neither team was able to score after the break. The half ended in a 21-20 UNH lead.

Binghamton asserted themselves coming out of the half and went on a 7-0 scoring run. Storey was able to put a stop to it with a layup from close range with 8:00 to play in the third.

UNH was able to hold Bearcat star junior guard Kai Moon scoreless until the midpoint of the third when she hit 1-of-2 free throws. She then deposited her first field goal in conjunction with an unconventional three-point play from Olivia Ramil with just over a minute left to push the lead to 38-33.

Storey went on a 4-0 run of her own at the beginning of the final quarter to bring her team to within one point, but Binghamton was determined to not let UNH get any consistent momentum. They proceeded to go on another 7-0 run to give them a comfortable 47-39 lead with 5:27 to play.

The Bearcats finished the game on a 13-7 run to close out the game, as Olivia Ramil powered her team with 17 points and 13 rebounds.

Storey, the peoples’ choice America East Player of the Year, finished with a team-high 17 points and 7 rebounds, but it wasn’t enough to lead her team to victory. This was a trend all season long for the ‘Cats.

This game concluded the Wildcats’ season, and it also concluded the careers of Ashley Storey, Maggie Ahearn and Caroline Soucy. Their productivity will surely be missed going into the 2020-2021 season and replacing it will be tough to do.