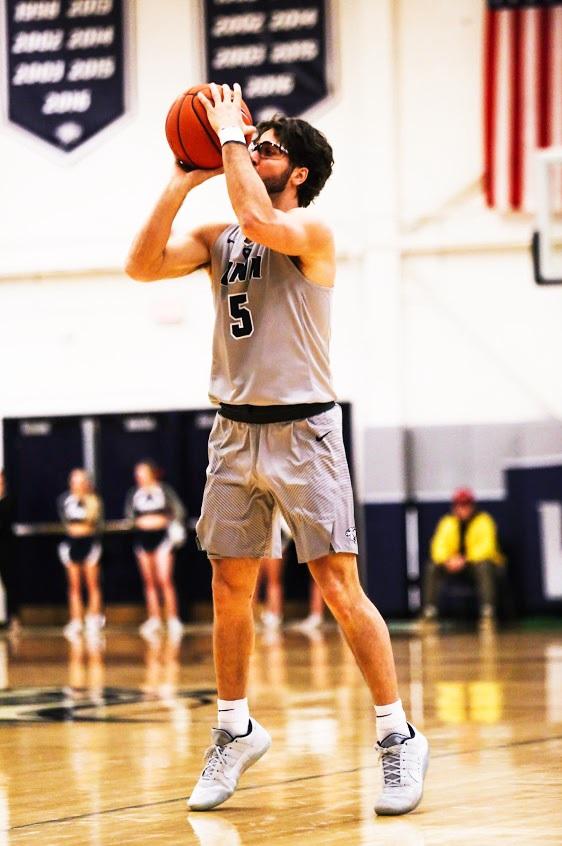 The Wildcats got back to a .500 record with a win at Albany. The team recorded their second-straight win by a final of 68-56 over the Great Danes.

The sides fought for the lead in the first five minutes, but UNH pulled ahead for the remainder of the half. The Wildcats let by as many as nine points five different times throughout the half.

UNH hit seven 3-pointers in the first half to give them a 35-26 lead heading into the locker room.

With 13:52 remaining in the second half the Great Danes pulled within three points; Albany wouldn’t get any closer than that the rest of the way, however.

The Wildcats surged ahead to lead by as many as 15 points with 3:28 to go.

Sutherlin put up another double-double with 18 points and 10 points in the win. Sophomore guard Marque Maultsby and senior point guard Mark Carbone weren’t too far behind with 11 points each.

The Wildcats sat at sixth in the America East standings before heading north to Orono for a matchup with Maine. Despite being on the bottom-half of the standings, UNH was just a game-and-a-half behind third place Hartford with three games to play.

Contrary to their recent games, UNH didn’t have trouble finding the bottom of the net early in the contest. A trio of 3-pointers from sophomore forward Nick Guadarrama, sophomore forward Jayden Martinez and Maultsby gave their team an early 9-8 advantage.

Maine got up by five early in the half, but three jump-shots from Maultsby once again put his team in the lead with 6:51 until halftime.

The Wildcats were able to hold off the Black Bears until halftime and went into the locker room with a 33-32 edge.

Each team came out of halftime ready to score. Hopkins and junior Nedeljko Prijovic scored back-to-back 3-pointers for their sides at the start of the final 20 minutes.

Neither side would give much of an edge as the lead wouldn’t stray more than five points either way through the first seven minutes of the half. Maine got up by eight points with 12:25 to play, but UNH quickly closed the gap. Three straight baskets from Lester brought the ‘Cats within four, and a jumper from Carbone eventually knotted the score at 55.

Each side jostled for leverage in the final minutes of the game, but UNH began to pull ahead with less than a minute to go thanks to free throws from Martinez, Carbone, and Maultsby. The free throws put the game on ice and secured the 77-70 victory for the ‘Cats.

Prijovic added 18 points and nine rebounds for Maine, all while shooting three of six from downtown.

The Wildcats extended their win-streak to three-straight games and got their record back above the .500 mark at 14-13 (7-7 America East).

This win over the Black Bears gave Bill Herrion 186th victory in his UNH career making him the winningest head coach in program history. Herrion was previously tied with Gerry Friel who was the coach from 1969-1989.

UNH has two more games left on their regular season slate. The first of which will be against Binghamton on Saturday, Feb. 29 for senior day. The regular season finale will take place on Tuesday, March 3 when they welcome UMass Lowell into town.