Mad about books: ‘Everything, Everything’ and ‘The Sun is Also a Star’ by Nicola Yoon 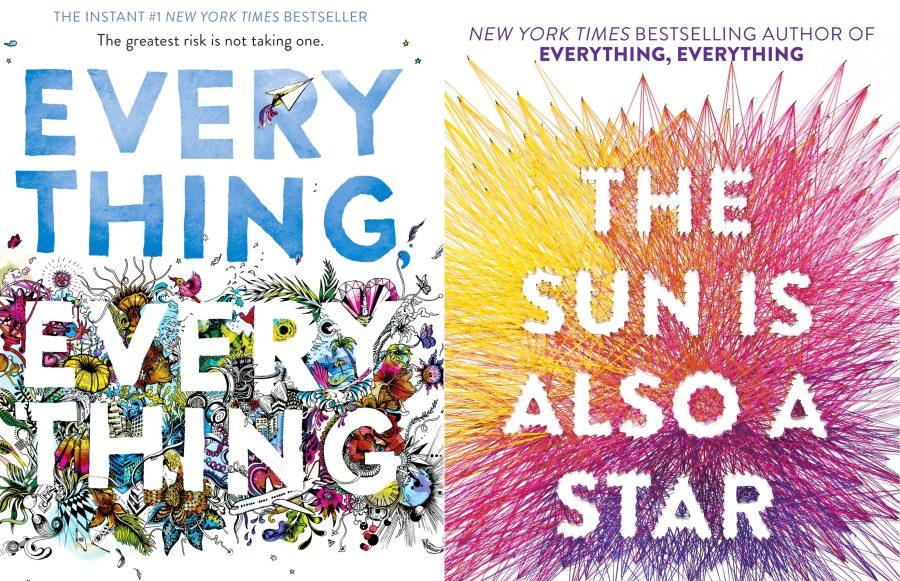 For the last book showcasing black authors during Black History Month, I chose to look at Nicola Yoon, who has written two of my favorite young adult (YA) books. Yoon is a National Book Award finalist, Michael L. Printz Award winner and Coretta Scott King New Talent Award winner. She grew up in Jamaica and Brooklyn, and now lives in Los Angeles with her husband David Yoon (who co-authored the first book I talk about), and her daughter.

The first book of hers that I read was “Everything, Everything,” which came out in 2015 and has since been adopted into a movie starring Amandla Stenberg (“The Hunger Games” and “The Hate U Give”) and Nick Robinson (“Love, Simon”). This story follows 18-year-old Madeline Whittier, who has been sick her entire life. Due to her illness, she is unable to leave her house, so her life is confined to her caretaker and her mother—if anyone else came into contact with her she could die. She’s more or less content with this; she’s never known anything else until a new family moves in next door and the teenage son, Oliver, catches her eye. This may seem like am obvious presence, but Yoon has a talent for putting her own twist on things and making her characters seem totally original.

I loved the character of Maddy (and not just because we share a name). Even though she is content being inside, she longs to be an active part of the world and experience it for herself, but it’s obvious she’s hidden that part of herself away to save herself disappointment. Even though Maddy is under extreme circumstances, Yoon makes her relatable and reachable to the reader, especially when it comes to wanting more participation in the world and the tendency to focus on what we are and aren’t limited to.

Oliver was more of a boy-next-door trope (literally), but he paired well with Maddy’s character and this was her story, not his, so Yoon could get away with making him a bit more underdeveloped as a character.

The main question Yoon poses throughout the book is, “Is life without risk really living?” Obviously, different characters have different thoughts about this idea and these thoughts are always changing and shifting as they move through the story. Everyone seems to have their own strong opinion on it, and I think it gives the reader a more nuanced argument beyond a “yes” or “no” answer, because like most things, the answer is somewhere in the middle, if there’s even an answer at all.

The next book that I read from Nicola Yoon was “The Sun is Also a Star,” which was also adapted into a movie starring Charles Melton (“Riverdale”) and Yara Shahidi (“Black-ish” and “Grown-ish”). Debatably, this was the better of the two because it had more of an original format and Yoon does an amazing job of blending science and history throughout the book. There’s history about eyes, fate and African American hair products and there’s science about the multiverse, love and half-lives which gives the book this extra amount of background the reader didn’t even know they needed.

The story itself follows Natasha, whose family is about to be deported to Jamaica, and Daniel, a Korean American teenager just trying to do right by his parents even if they don’t see eye to eye. The story takes place over the course of a day, which I usually hate but worked so well here, and Daniel tries to help Natasha stay in the country while also trying to make her fall in love with him using a series of “scientific questions.” The book’s chapters are so short and I love the frequent back and forth of perspectives. Unlike Maddy and Oliver, Natasha and Daniel are both thoughtfully developed because they share so much page time, and it shows how intertwined lives can become.

Yoon also writes chapters for minor characters, reminding readers that the story we are looking at isn’t the only story going on as the two characters struggle. I appreciated the way Yoon went outside the box in giving us personal histories and chapters about minor characters or characters that you don’t usually hear from. The question Yoon asks the reader is “What do you believe in more? Science or fate? Can both exist at once?” which is not something I’ve encountered in any other book and there are great points offered from both sides of the argument.

Both books are perfect for a hopeless romantic looking for a meet-cute that goes beyond the traditional format. “Everything, Everything” is a more classic meet-cute (girl meets boy and he changes her in one way or another) but I can’t stress enough that Yoon does an amazing job of taking a classic trope and spinning it on its head. “The Sun is Also a Star” is more for people wanting to dip their toes into the genre but aren’t ready for a full romance novel. Whichever book you decide to pick up, you won’t be disappointed.