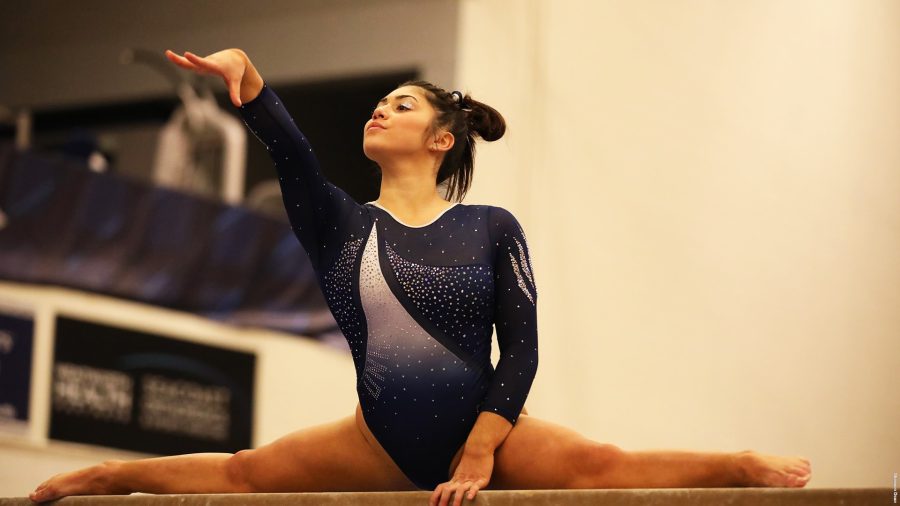 While UNH was on break the Women’s Gymnastics team was hard at work preparing for their upcoming season. There is a lot of hype around the team this year as they are expected to repeat as the EAGL champions for the 2020 season. Also, newly appointed head coach Lindsey Bruck Ayotte has big shoes to fill as long-time head coach Gail Goodspeed departed last season.

To start the year, UNH took on Illinois State in Normal, Ill. The Wildcats would go on to win all four events, leaving no room for error in their opening meet. Senior Emma Winer shined as she performed well on the vault, beam and floor. This marked Lindsey Bruck Ayotte’s first win as head coach.

One week later the ‘Cats traveled south to Pennsylvania to take on conference foe Pittsburgh. UNH continued to stay hot as they once again won all four events with a final score of 194.225-193.800. First-year gymnast Kylie Gorgenyi shined in this meet as she placed first on the bars and the vault, posting a career-best 9.800 on the vault. Senior Riley Freehling also performed well as she was the all-around champion with an overall score of 38.550.

The following week the ‘Cats hosted their home opener against Southern Utah. They were unable to pull out the win, marking their first loss of the season. Sophomore Hailey Lui performed well in the match tying for first, and setting a personal best on the floor exercise, she also shared second place on the beam. Despite the loss, they still continued to improve achieving their highest score of the season with a score of 194.975. Southern Utah edged them out by scoring 195.400.

In their latest match, UNH travel to West Virginia for a tri-meet to against WVU and Temple this past Sunday. The ‘Cats finished the weekend with one win and one loss. They finished with a score of 195.125, once again beating their highest score for the season. They beat Temple 195.125-191.925 and narrowly lost to WVU 196.025-195.125. First-year gymnast Alyssa Worthington scored a career high 9.900 on the beam to win the event for the ‘Cats. Weiner and Lui also had strong performances all around for UNH as well. This pushed UNH’s record to 3-2 on the year.

While they might not have the best record currently. The ‘Cats and their young team continue to display their potential each week. Their next meet will be home this Saturday at 7 p.m. in the Lundholm gymnasium against EAGL rival Towson (4-1). They will look to improve their in conference record to 2-0 in one of the biggest meets of the season so far.