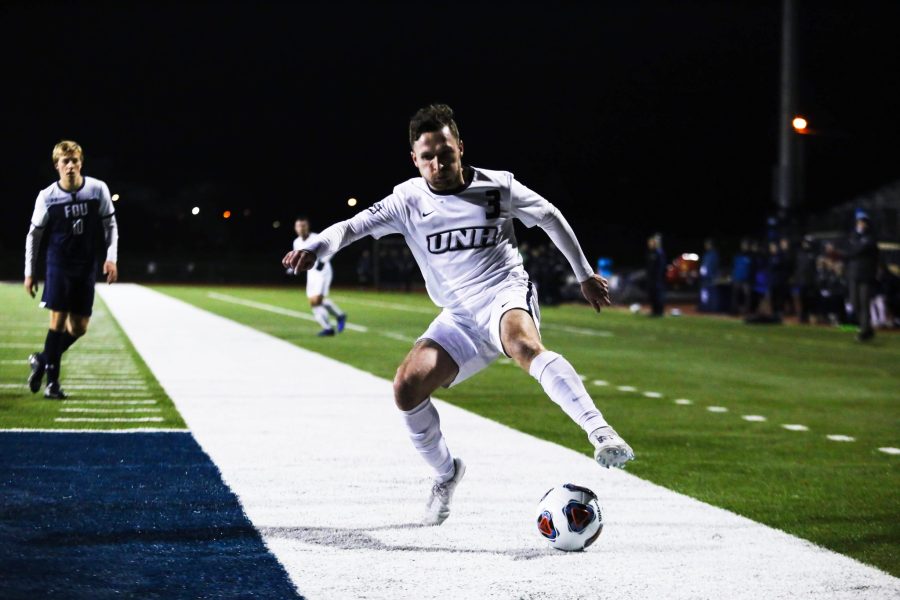 The 2019 season for the UNH men’s soccer team was the best in the program’s history. This is largely due to their program-best 15-2-3 record as well as both an America East regular season and America East tournament title.

Unfortunately, their best wasn’t good enough this year as they suffered only their second loss of the season against Virginia Tech (10-6-3, 2-4-2), losing 4-1 in the second round of the NCAA Tournament. While this was indeed the most successful regular season in the program’s history, they came up short of their ultimate goal of winning the College Cup.

“Our coaching staff set the bar really high,” said senior forward Donnett Sackie after the Wildcats’ 5-0 win against Hartford on senior night in which he scored two goals. This team certainly had their sights set higher than the second round of the NCAA Tournament, but it was a great season nevertheless.

As far as the actual game is concerned, UNH got out to an early 1-0 lead thanks to junior forward Jacob Gould, who scored his fourth goal of the year in the 16th minute of the game.

Unfortunately for the ‘Cats, that lead wouldn’t last long as the Hokies would tie up the game one minute later. It was towards the end of the first half when the Hokies broke free of the tie, scoring twice in the 35th and 38th minutes, making the score 3-1 before the end of the half. UNH got a scoring chance just a minute later, but senior forward Brandon Garland shot it right into the goalkeeper’s chest and it was saved. UNH also failed to capitalize on the following rebound that soared over the crossbar off the foot of first-year midfielder Bilal Kamal.

Although the Wildcats were down two goals, they kept the pressure on in the second half, narrowly missing shots that were created by Kamal, graduate midfielder Kyle Brewster and junior defender Josh Bauer. Where UNH couldn’t capitalize, Virginia Tech did, as they extended their lead to 4-1 in the 77th minute, putting the game out of reach. UNH seemed to be on the cusp of scoring more goals throughout the game and got 17 shots off, but just couldn’t find a way to cash in on their chances. This was a frustrating loss to conclude a great season by the Wildcats.

In a remarkable year for the Wildcats, they went undefeated at home, making their record 34-1-4 at Wildcat Stadium since the beginning of the 2017 season. Also, goalkeeper and graduate student Alejandro Robles recorded eight shutouts on the season and if you include the postseason, he had 11 shutouts in 18 games started.

On a very talented roster, Antonio Colacci scored 23 points on seven goals and nine assists. This was the most by a UNH player since Chris Arling in 2016 when he had 31 points on 15 goals and one assist. On top of those statistics, the Wildcats had six players reach double-digit point totals, which is the most of any UNH team over the past decade.

The Wildcats hope to improve in their 2020 campaign, but it will be tough as they have six seniors and five graduate students that will be leaving Durham. Those seniors are Antonio Colacci, Brandon Garland, Jack Doherty, Donnett Sackie, Chris Arling and Alan Kehoe. That is 50 points worth of production that will be subtracted from the UNH roster. Yet, some critical players are returning like Josh Bauer, Jonny Wolf, Bilal Kamal, Jacob Gould, and Linus Fallberg, so they will have to step up to replace the departing production.

While they are losing some good offensive talent, they still have some great talent returning and it’ll be up to head coach Marc Hubbard and his staff to groom the next set of UNH stars.