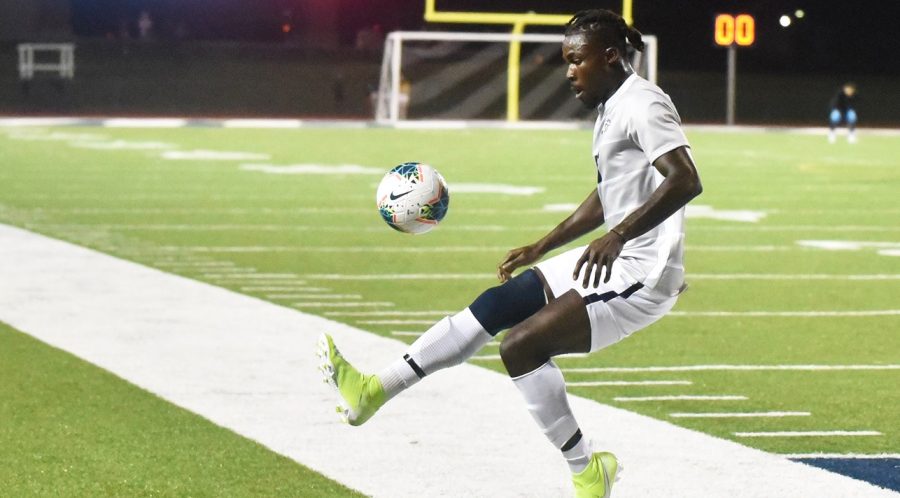 This past Saturday was senior night for the ‘Cats, as they will watch six seniors depart at the end of this season. Though, in the 5-0 rout of the Hartford Hawks (8-4-4, 2-2-1), the seniors did show out.

All five goals were scored by seniors in the weekend matchup.

“We haven’t lost a senior night since we’ve been here…we’ve got a lot of guys in for them to impact the game and keep other guys fresh. No cards and no injuries is huge,” said head coach Mark Hubbard on what senior night entailed for his team.

A penalty kick from senior midfielder Antonio Colacci gave the ‘Cats a little breathing room in the 27th minute for UNH’s first goal of the game. It was shortly after that, that senior forward Donnett Sackie blew the game open with two goals in the 32nd and 36th minutes. His first goal came off a rebounded save from Hartford senior goalkeeper Jimmy Slayton. The second goal, however, is what buried Hartford for good. Just four minutes later, the impressive sequence began with graduate defender James Thomas crossing a ball in front of the net from the right side. Sackie, in what was an incredible acrobatic act, flew out of nowhere to boot a cross into the back of the net in a karate-kick position.

Hubbard commented on the senior’s goal saying, “He’s got awesome athletic ability and he can get on the ends of things that not everyone can. It was a great goal for the crowd.”

The finals two goals came in the second half from senior forwards Chris Arling and Brandon Garland, giving UNH a comfortable 5-0 win against the Hawks.

UNH plays in Albany, NY this Friday, Nov. 1 against UAlbany for their last road game of the season. Albany is 3-2 in America East conference play and is 8-5-1 overall. They’re in third place in the America East standings and will be another difficult opponent for the Wildcats to get past before they are able to complete an undefeated 2019.

“It’s a really hard place to play on Friday at Albany,” said Hubbard about his next opponent. The Great Danes are 5-2-1 at home this season and will do their best to ruin the Wildcat’s attempt at an undefeated season. The stakes for UNH only get higher as the season’s end gets closer, but the ‘Cats have been experiencing that pressure all season. Sackie spoke about the undefeated season after the win against Hartford.

“Our coaching staff set the bar really high, so to maintain that you have to train really hard, you have to have guys that are really ready, so it’s about the mentality, the mentality of having people that want to beat you while trying to stay at your highest level.”