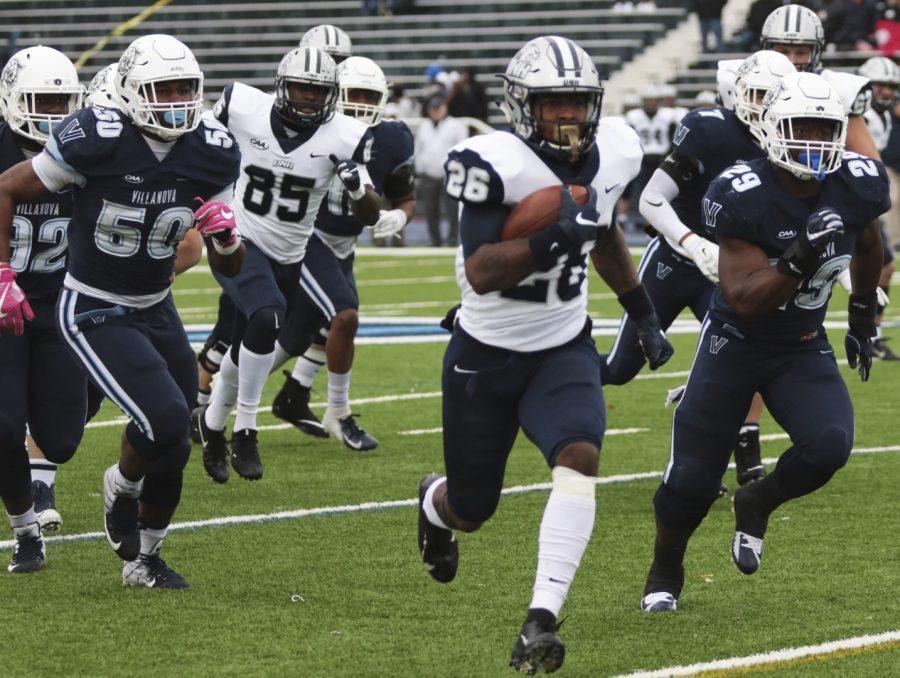 Max Brosmer and the offense faltered late in the team’s most recent game against Delaware (4-4, 2-2) to keep them out of the win column for the first time in five weeks.

The defense still shined through in that game and remained the pulse of a young UNH team. Senior cornerback Prince Smith Jr. performed particularly well with two interceptions in the game.

The team is now coming off their bye week and is feeling rested heading into their biggest matchup to this point. Senior running back Evan Gray says it was a good time to rest and to recover.

This will prove to be a very stout matchup for two very stout teams. One thing that bodes well for Brosmer’s offense is the fact that Villanova has given up at least 28 points in four of their eight games to this point, including 36 and 38 points in their most recent losses. The passing game will need to find the vulnerabilities in the defense as Villanova ranks last in the CAA in pass defense.

Interim head coach Ricky Santos may not be able to rely on his running back tandem of Gray and sophomore Carlos Washington Jr. as much he would normally like. The opponent defense allows the second least rushing yards per game in the conference.

On the flipside however, UNH is the fourth-best rushing team in the conference, and was able to spread the workload amongst Gray, Washington Jr., and redshirt-freshman Dylan Laube against Stony Brook, who’s rush defense is even better than Villanova.

Sophomore defensive tackle Niko Kvietkus and the rest of the top-ranked defense will have their work cut out for them on Saturday. The unit, which is yet to surrender more than 27 points will take on the Villanova offense that scores an average of 37 points per game.

“They’re quarterback gets rid of the ball really quick,” said Kvietkus. “Up front we have to get to him and get him off his spot.”

Although special teams have been a strength of the team to this point, the team will need to focus on finding the endzone this week. Junior kicker Jason Hughes has converted 12-of-15 field goals this season, but Gray would like to see the team turn more possessions into touchdowns.

“As an offense we just need to collectively finish. I feel like there’s time where we do a good job of moving the ball down the field but when we get there it’s just self-inflicted wounds.”