The Big Bean lands on campus 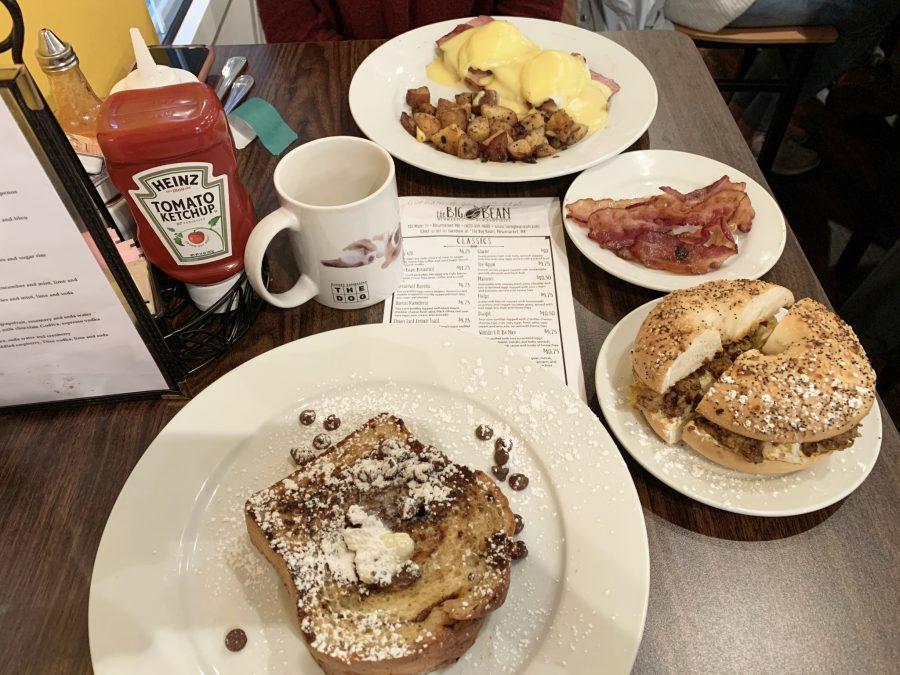 The call of Sunday morning brunch is one like no other – and the satisfaction of being full all day from that huge breakfast never gets old. Those who answer the call may find themselves at The Big Bean’s new location in Durham — a breakfast and lunch spot that puts a unique and fresh twist on everybody’s breakfast favorites. The restaurant is now three weeks into business after opening on Oct. 8

Jon and Arley Wells are the owners of the original Big Bean in Newmarket, as well as the new location. With the two spots in high gear and The Big Bean Café opening a week after the second restaurant (located in the back of the Durham restaurant), it’s been a whirlwind of a time for the Wells’, and they said they don’t quite have the time to rest just yet, but hopefully will soon. They attributed their ability to keep all the spots running well to their “good [management] team,” allowing them to go back and forth between locations when needed. They have always tried to be community and staff oriented, which is one of the big factors that landed them in Durham.

In Durham, Jon said they were hoping for all aspects of that community.

“We love UNH faculty and students,” he said, “but we wanted to get a good mix of locals too. Look who we have in there now, a lot of locals, some young people.”

He pointed into the restaurant which was quite full for an early Tuesday morning, where students and local adults enjoyed their breakfasts. The same was true on Sunday, but magnified. Groups big and small of local adults, elders and families enjoyed their brunch with collections of students sprinkled in and around the rest of the place. The new location has enough square footage to accommodate larger parties, like those that came in for Sunday brunch. Jon said the volume is a new challenge compared to the smaller Big Bean in Newmarket because “big parties can clog up the kitchen,” but their new staff is adjusting well to the changes. Server Julia Stergess has been at the new location since it opened and said the constant business keeps the day moving.

Jon and Arley had the idea to do breakfast when they were getting into the food industry because it gives more life balance than the late night closes of restaurant life. Jon said that breakfast at The Big Bean can be creative and there’s lots of ways to make unique twists to typical breakfast dishes. He recommended his favorite item on the menu, “The Smurfette,” an outside-the-box take on the usual eggs benedict – one on an English muffin – with homemade basil pesto, tomato and veggie sausage on top. Arley added that quesadillas and the 420, classic breakfasts of eggs, meat, toast and home fries, are also big favorites.

The owners also plan to add to their lunch menu with some new appetizer and brunch options with that same creativity but a change in service time. Jon said The Big Bean will start to be open closer to 6 a.m. in the coming weeks (into November), and offering some of these new menu options. Although he wasn’t able to disclose any of the new items this early because they “still have to make final decisions,” he said newer options will become available as specials first to test out how they sell.

That isn’t all they’ve done in terms of additions; a week after the restaurant opened, The Big Bean opened a cafe adjacent to the restaurant to offer breakfast and coffee on the go. Again, they got creative, and Jon said they had to take some signature dishes and adapt them to be transportable: “People would order omelettes and benedicts [to go] but by the time they get out to your car, they’re a mess.” Turning some of those options into breakfast burritos and sandwiches, the cafe offers a ton of options that won’t be soggy by the time customers head home. Among those options are the breads made in-house (bagels, muffins, etc.) and coffee from an Italian roasting company, Lavazza, because Arley said they wanted to try something different from the Newmarket location.

I enjoyed the Italian roast as well as the vast customization options for the breakfast sandwiches on my visit—scallion cream cheese and chorizo are great compliments. Not to mention the cinnamon swirl French toast (that I just had to try) made with homemade bread is thick, fluffy and very filling. While tempted to go for the Down East French Toast, two slices with maple walnut cream cheese, I was warned about the size of the dish, and later relieved that I elected to go for a single slice that I could barely finish. The Big Bean is always amiable to the customers, as both owners and Sturgess offered the idea of adding maple walnutmodating” to what the customer wants, and Jon added that they want people to come out to eat and still be able to abide by their personal diets, and The Big Bean does so by offering “cleaner” food without compromising its flavor.

The Wells were just as welcoming as their brand new breakfast spot, and they weren’t kidding about the uniqueness and quality of their enticing morning menu. Business at The Big Bean shows no sign of slowing down thanks to the dedication of an effective group of staff and ownership that wants to put good food in front of every single customer. Whether it’s a quick breakfast and a cup of coffee on the go, or a Sunday morning sit-down with friends or family, students and locals of Durham can’t go wrong with a visit to The Big Bean.